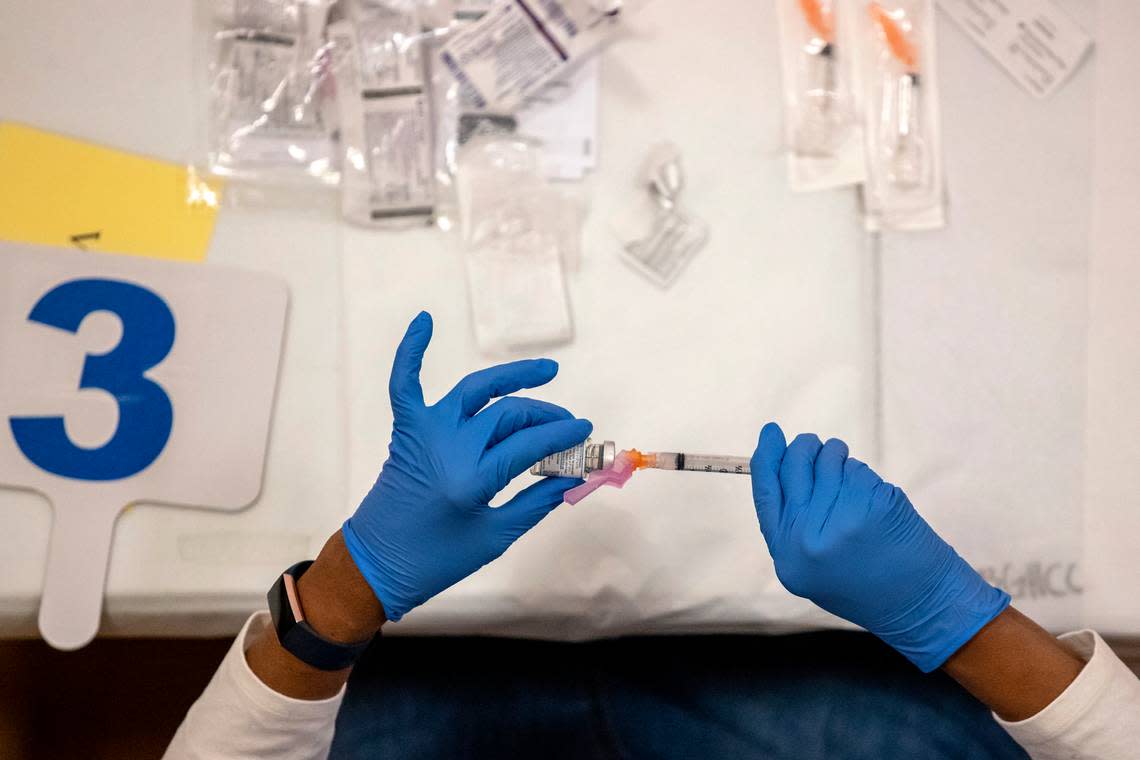 Nearly one-fourth of the new COVID-19 cases in Lexington in July occurred in vaccinated people, according to new data from the Lexington-Fayette County Health Department.

Those so-called “breakthrough” cases had accounted for less than 1 percent of Lexington’s reported infections until the last few weeks. In May, less than 10 percent of the month’s cases were breakthrough infections. In June, that number increased to almost 15 percent.

This month, about 22.9 percent of all cases have been in people vaccinated against COVID, according to the health department. Health officials are concerned that too many people think they can ignore the coronavirus if they’ve been vaccinated.

Lexington’s COVID-19 infections have jumped in recent days. The city’s rolling 7-day average was up to 31 cases as of Friday. It was as low as four less than two weeks ago.

“This isn’t just the COVID from before, it’s a deadlier strain,” Beshear said.

Beshear recommended that vaccinated individuals who work in highly-populated settings start wearing a mask again because of the concern surrounding breakthrough infections.

The loosening of restrictions and an increase in travel during the summer months was expected to increase cases, too, Hall said.

But the vaccines are still proving effective in heavily mitigating the illnesses associated with getting COVID-19. Deaths and hospitalizations are much lower among people who are vaccinated. A study from the United Kingdom showed the Pfizer vaccine was 96 percent effective against hospitalization for the Delta variant after two doses.

“All the evidence we have so far shows that these vaccines are wildly protective and very helpful,” Stack said in a press conference earlier this month. “They’re not perfect though.”

“Across the country, the vaccinated people who are getting hospitalized and are dying from it, the reports are showing that they’re people with underlying conditions who are the most vulnerable in the community,” Hall said.

The same is often true for those who are unvaccinated.

“It’s so important, if you’re unvaccinated and have these underlying health conditions, to take this step — the easiest step — and get the shot,” Hall said.

Unvaccinated people who are contracting the virus and passing it to others are driving case increases, Hall said.

The health department is trying to reach people who are vaccine hesitant without making them feel like they’re at fault for the pandemic’s continuation.

“It has been humanity’s response to blame it on other people, when it is all of us that are contributing to this,” Hall said.

“It’s easy for people to point the finger at unvaccinated people,” Hall said.