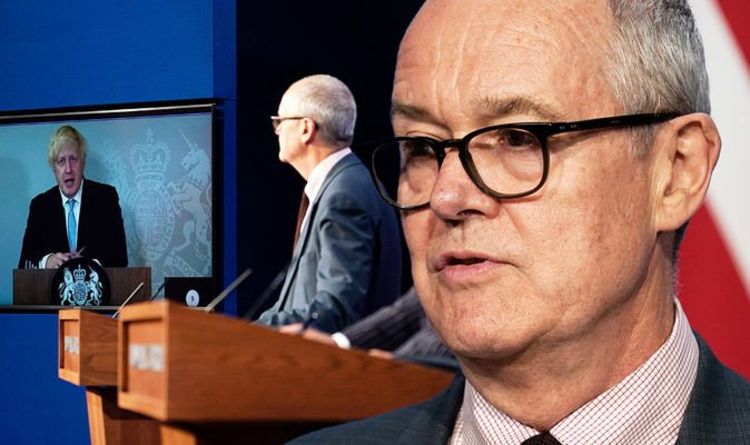 He wrote: “Correcting a statistic I gave at the press conference today, 19 July.

But Sir Patrick was met with criticism from Twitter users, with some calling on him to correct the error in a press conference.

One Twitter user said: “I have a friend double vaxxed who is 40 and healthy terrified to leave the house and quoting what you said as a reason!

“At some point we need to dial down the fear so people can live again.”

Another person added: “Jesus that’s quite a big error – that needs to be clarified in a press conference not just here.”

A third person wrote: “Sir, with all due respect, I do not think a government chief scientific adviser should be making that kind of a mistake.

“I don’t see how the public will be able to trust anything you say without waiting for corrections in future.”

The Prime Minister also addressed the nation on Monday to provide the latest coronavirus updates while in isolation after being contacted by the NHS test and trace app.