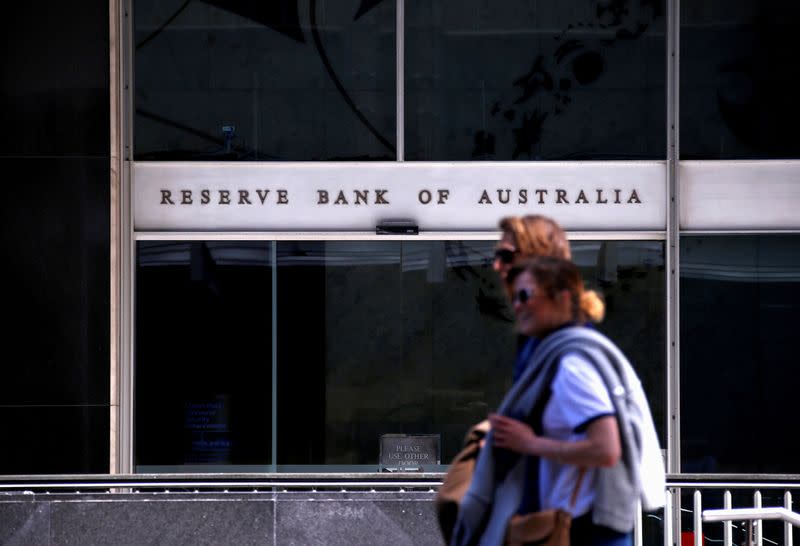 SYDNEY (Reuters) – Australia’s central bank will likely reverse its decision to taper its bond buying programme if Sydney remains in a coronavirus lockdown when the board meets on Aug.3, economists at the country’s top banks said on Tuesday.

Earlier this month, the Reserve Bank of Australia (RBA) announced it will trim its bond purchases from September to A$4 ($2.93 billion) a week from the current A$5 billion, citing better-than-expected economic outcomes.

Since then, three of Australia’s six states have plunged into a lockdown with the most populous city Sydney, the powerhouse of the country’s A$2 trillion economy, facing its harshest restrictions since the pandemic began in 2020.

“The near term economic outlook has deteriorated since the July Board meeting,” Commonwealth Bank of Australia economist Gareth Aird wrote in a note.

“Giving the unforeseen nature of events with regards to the spread of COVID‑19 and the lockdowns we now expect the RBA to reverse the decision to taper the bond buying program from mid‑September if greater Sydney and/or Victoria are still in lockdown at the time of the August Board meeting.”

The discussion around taper reversal comes as a majority of analysts are predicting Australia’s economy will shrink in the third quarter, its first contraction since June 2020.

ANZ Banking Group economist David Plank said minutes of the RBA’s July meeting released on Tuesday emphasised on the flexibility around its bond buying programme, a signal the Board will revisit its taper decision in August.

NAB’s Tapas Strickland said the August meeting was “live” on taper reversal or a delay while Westpac chief economist Bill Evans said an appropriate response from the RBA Board would be to temporarily lift bond purchases to A$6 billion over the September to November period.

Such a move would help recognise the “flexibility” of the RBA’s stimulus programme and support the ongoing economic recovery, Evans said.