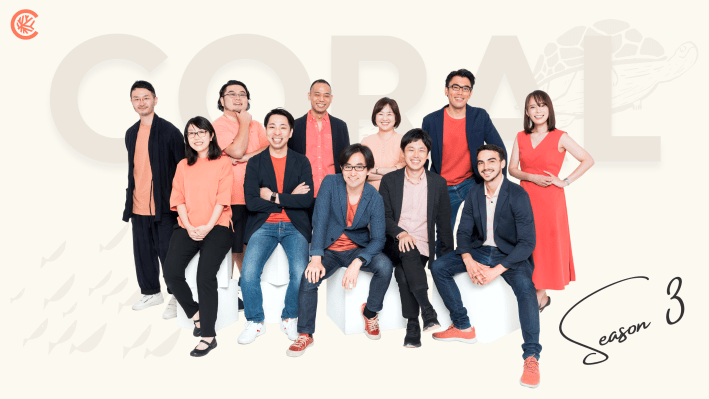 Coral Capital was founded in Japan by Yohei Sawayama and James Riney. It will invest in early stage and seed companies in Japan. The first checks can be from up to $500,000 and then continue with follow-on funding. Riney, the CEO, told TechCrunch.

We have also made several large follow-on investments, including $20 million in SmartHR and $17 Million into Graffer. Riney stated that a large portion of the latest fund was also used for follow-on investments. Riney said that around 30% of the third fund comes from international investors, including those in America, Asia, Europe and Asia. Coral Capital wants to bridge its portfolio companies based in Japan and the global venture capital community, Riney added.

Riney stated that the fund’s latest version has a 14-year fund life, which Riney claims makes it unique. Riney explained to TechCrunch that the fund’s founders should be able to concentrate on their work without being rushed by VCs looking for quick exits. Riney pointed out that the fund’s two previous funds were able to last for about 10 years.

In February 2016, 500 Startups Japan co-founders Riney and Sawayama launched their first fund together with 500 Startups. Coral Capital has set up its $45 million second fund, Capital Fund II under their own brand name, in February 2019.

According to Riney, Coral Capital invested in more than 80 Japanese companies and has exited seven companies. There have been a number of investments made by Coral Capital, including SmartHR and Graffer as well as GITAI and Kyoto Fusioneering.

Riney stated that the Japanese startup scene is now more active than it was nine years ago. Riney said that the Japanese startup industry was still a dark place when Sawayama and Riney began investing in early-stage and seed companies in 2012. Riney stated that Japan had less than one billion dollars invested in startups each year, with very few unicorns. There wasn’t enough information in Japanese about building companies.

Riney stated that many Japanese startups are forgoing an initial public offering and instead raising more money in later stages.

Japan has a $5 billion annual startup investment. Six unicorns, including Coral Capital, are included in the figure. This is an increase of just $600 million from 2012. Riney stated that $5 billion is a small amount when you consider the fact that China and the U.S. attract billions and Korea, which attracts $4 billion, has produced Coupang. Riney said that Coral Capital can and will do more to help Japan’s ecosystem grow.

Coral Capital plans to increase its media outlets, Coral Insights and hire staff to help build its community. Riney stated that many startup founders and employees share their knowledge, which raises the standard for the entire ecosystem. Japan has begun to look more like Silicon Valley.