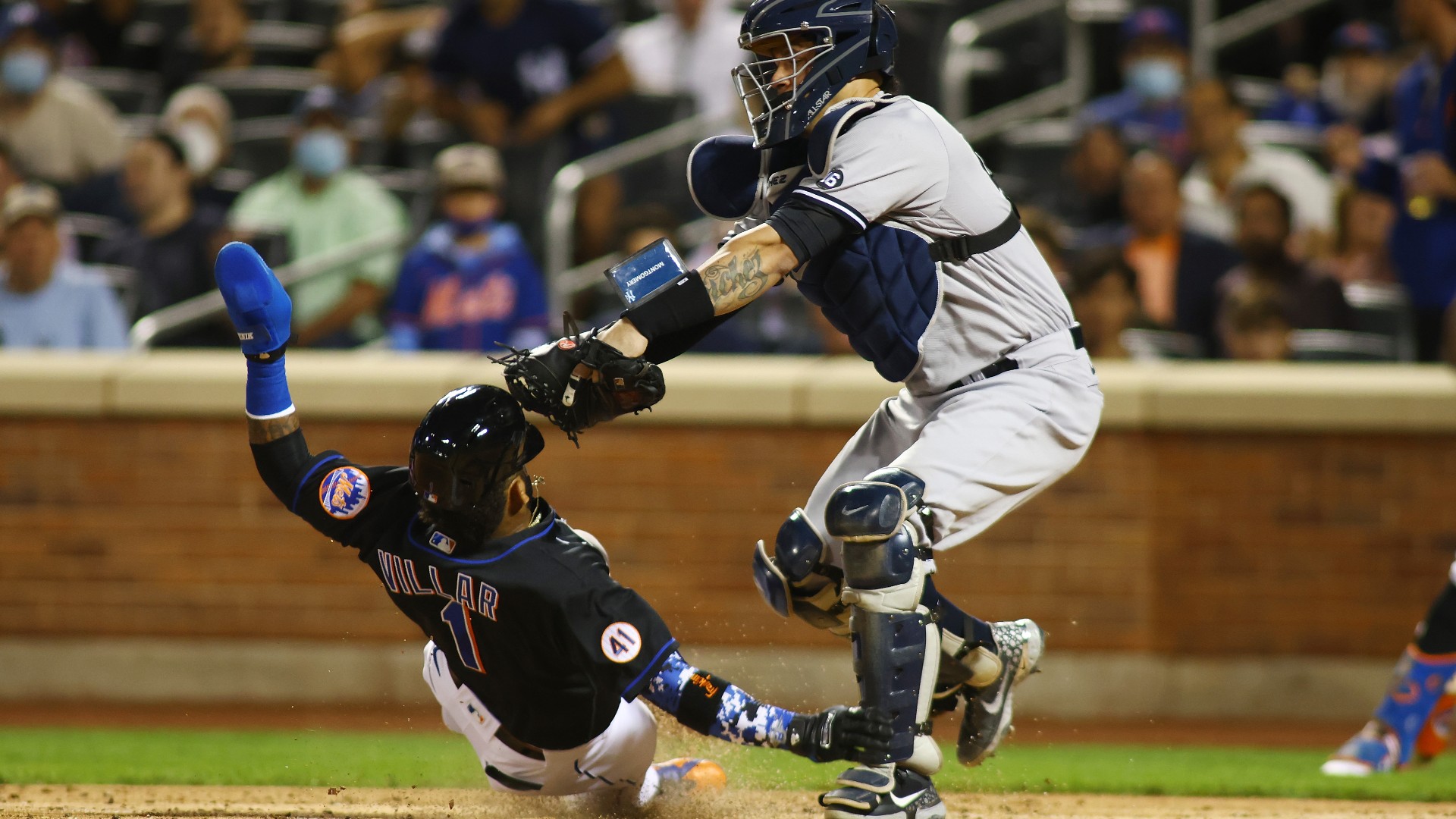 His team lost an out when he failed to tag home plate against the Mets on Friday. Sanchez opened up a sliding path for Mets third baseman Jonathan Villar. He appeared to be ready to surrender as he attempted to score on Javier Baez’s single to left field. Villar was beaten by Joey Gallo of the Yankees. His throw from outfield was about 25 feet.

In the past, catchers were happy to do physical harm to a baserunner out of the game. Many runners would have had to be hardwired not to pass the catcher in an attempt to retrieve the ball. However, recent MLB rules have made such collisions illegal and Sanchez was unable to stay in front of Villar.

Sanchez could have simply taken a few steps toward Villar, and then tagged him with his hands in the chest. Despite Villar trying to physically deke Sanchez as YES analyst David Cone stated, he was not in a position to do so. Keith Hernandez, a SNY analyst noted that Sanchez was wearing armor. This meant that he had shin and chest protections.

It was a close call. Ted Barrett, the home plate umpire initially called Villar out. Barrett moved that Sanchez had tagged Villar with the helmet. Mets challenged this call and replays revealed that Villar had placed his right foot on the plate just before the tag was applied.

Fans and observers who think Sanchez plays poor defense were reinforced by the play. Twitter was predictably unkind following the play.

This is one of the worst plays I’ve ever seen from a catcher in the big league. Gary makes so many such plays before they get tired of them.

Since 2017, I have been trying to explain to Yankees fans that having someone like Gary Sanchez at the plate is backbreaking. Idc, if he hits 25 bombs.

Dude thought he was going to give up and he got caught napping. Although I disagree with your ‘trying to hurt the baserunner’ idea, damn homie! Run up and tag him or cut him off.