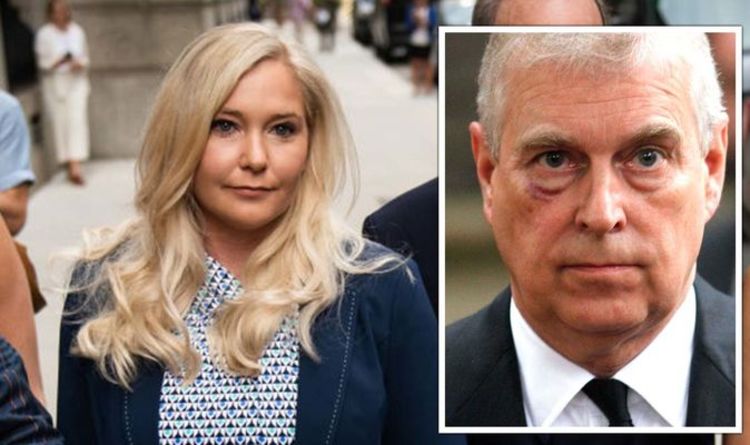 Shukri Walker is said to have previously told the FBI that she saw the Duke of York alongside Ms Giuffre, socialite Ghislaine Maxwell, and paedophile Jeffrey Epstein at Tramps nightclub in London in 2001. She is alleged to have said she is sure it was the royal because she had never seen a real prince before or since and even apologised to him for standing on his foot at one point.

Since giving her account to US authorities, she is now willing to testify in Ms Giuffre’s civil action against the prince – currently ongoing in a New York court.

Her lawyer Lisa Bloom, who is representing several of Epstein’s victims, confirmed her client’s position this evening.

She told the Mirror: “Ms Walker has already given her evidence to the FBI and been very consistent in what she has said.

“She had never been in the presence of a royal before or since and so it was very memorable to her.

He also claimed that being shot at during the Falklands War left him suffering from a medical condition that made him unable to sweat at the time of the allegations.

This was in response to Ms Giuffre’s claims that he was sweating profusely during the evening.

Ms Walker, who was 28 at the time, revealed that she decided to speak out after watching his denial in the interview.

Speaking about the evening, she said: “He (Andrew) looked like he was having a great time.

“And he was with this young girl who was close to my own age, perhaps even a bit younger than me.

“The young woman wasn’t smiling, it was the opposite of smiles.

‘They were with the woman who (had) just been arrested, Ghislaine Maxwell, and Epstein. I will never forget the night because I was told this is a real Prince.”

Andrew also wiped the back of his hand across his face several times, she claimed.

A source with knowledge of the development said: “Shukri is totally convinced she saw Andrew that night and is prepared to stand up in court to say so.

“With the civil case being launched in the United States she has let it be known that she is willing to testify and tell the truth.”

Ms Guiffre was 17 years old when she alleges that she was trafficked as a “sex slave” by Epstein – who died in prison while awaiting trial for numerous sexual offences in 2019 – to London.

She alleges that she had sex with the Queen’s favourite son on three separate occasions and is suing him through the court for “significant emotional and psychological distress and harm”.

The Duke has always strenuously denied all the allegations.

Last week a judge ruled that the prince had been served legal papers allowing the case to go forward.

That has left Andrew with less than two weeks to respond.

Buckingham Palace has called the claims “false and without foundation”.

Express.co.uk has contacted the Duke’s representatives for an updated comment.