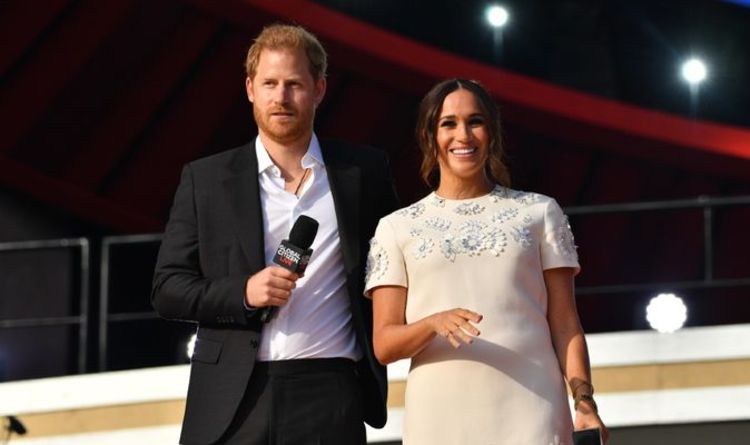 The trip marked the couple’s first joint venture since Lilibet Diana was born in June, and their first public appearance since the 37-year-old Prince was pictured for the recent Time cover he shared with his wife.

Experts were quick to spot differences between the cover and the couple’s appearance though, with celebrity hairstylist Tom Smith saying that the royal’s thinner hair could be due to the move from England to California.

He told the Daily Mail: “It seems to look like Prince Harry’s hair is fuller in the Time picture, and it would not surprise me if clever retouching skills helped play a part in defining his hairline and given him a fuller body of hair to match Meghan’s.

“As a natural redhead his hair will be far more susceptible to lightening in the sun.”

The hairstylist also noted that while the Californian sunlight might make the prince’s hair seem lighter it also could make Harry’s hair appear even thinner.