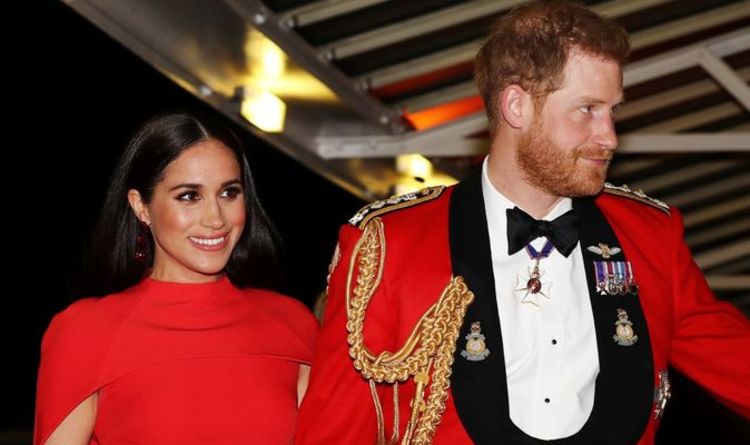 He also dismissed claims that the Duke and Duchess of Sussex made about an unnamed senior royal which allegedly focused on the colour of Archie’s skin colour before he was born. The father-of-seven, whose wife is white, said he would “expect that conversation” to happen, adding that people will “always wonder” about the baby’s appearance.

Speaking to the Sunday Times Magazine, he also claimed that Meghan, 40, is not liked by lots of black people that he knows.

During an interview for his upcoming book The Uncomfortable Truth About Racism, he added: “I’m not a big fan of theirs.

“A lot of black people I know aren’t. The problem now is that if you don’t like her, people will call you a racist when it’s got nothing to do with that.

“That’s why it’s important to separate the idea of racism and her character as a human being.”

In March the Duke and Duchess of Sussex made numerous claims during an explosive chat with Oprah Winfrey.

During the two-hour special, Meghan claimed that someone in “The Firm” had raised “concerns” about “how dark” Archie’s skin would be before he was born, because she is mixed-race and Harry is white.

Following this, her husband Harry, 37, added: “That conversation, I am never going to share. At the time it was awkward, I was a bit shocked.”

The ex-royals refused to name the person in question because it would be “damaging” to them but did reveal that it was not Queen Elizabeth II or Prince Philip.

“People will always wonder what the baby will look like and if it is going to be dark.

“If you listen to what Meghan says, it’s not about them [the unnamed royal] worrying if the baby is dark or not, it’s them worrying about how the public are going to view that.

“Because they know if the baby is too dark, the public will not view the baby as positively. They’re being realistic.”

He added: “Let’s not pretend the public won’t care whether it’s a blond-haired blue-eyed baby or jet black, because they will.”

Following the Duke and Duchess’ claims, Buckingham Palace released a statement saying that issues raised during the interview would be dealt with “privately” by the Royal Family.

The Queen said she was “saddened” by their claims but insisted that “recollections may vary”.

The statement said: “While some recollections may vary, they are taken very seriously and will be addressed by the family privately.

“Harry, Meghan and Archie will always be much-loved family members.”

The couple’s televised interview came following their abdication from royal duties in early 2020.

The move, dubbed Megxit, saw the couple step away from the monarchy to pursue a “financially independent” life in the US.

The couple live in Montecito with their two children two-year-old Archie, and Lilibet Diana who was born in June.

The newest addition to their brood pays homage to both Harry’s grandmother Queen Elizabeth II and to his late mother Diana, Princess of Wales with her moniker.