FIFA has secured the evacuation of 100 refugees from Afghanistan, among them members of the national women’s football team.

Sky Sports News has been told that the group, which travelled from Afghanistan’s capital Kabul to Doha, Qatar on Thursday, includes at least 20 national women’s team footballers.

Football’s world governing body has been working closely with the Qatar government to secure a safe evacuation since August.

Individuals on the flight were deemed to be at the highest risk of harm if they had remained in Afghanistan, and FIFA is working closely on the process of evacuating further athletes in the future.

The hardline Taliban group regained control of the central Asian state in August following the withdrawal of western forces, raising concerns over the welfare of womenin general in the country, and over the future of women’s sport. 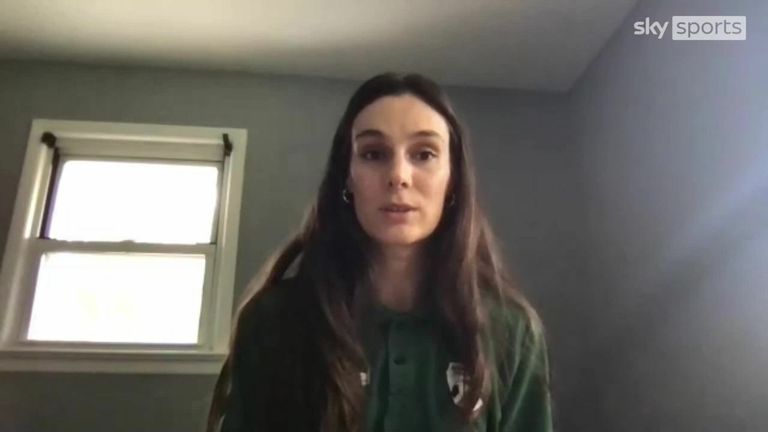 Afghanistan captain Shabnam Mobarez described seeing her team-mates evacuated from the country as a ‘dream come true’, but is concerned about those left behind.

Afghanistan Women captain Shabnam Mobarez has spoken to some of her team-mates who were evacuated to Australia after the Taliban seized control two months ago, and she told Sky Sports News that “it’s almost like [football] is over” for Afghan women.

Speaking to Sky News, Danish footballer Nadia Nadim, whose father was killed by the Taliban, says she doesn’t believe the group’s promises that women and girls will be able to work and receive an education.

Reflecting on what the Taliban’s takeover could mean for women’s football, she said: “That’s a hard one. I don’t know what to say to them because I know they’re not going to have the opportunity.

“I don’t know whether girls will be able to go to school, to work. I want to say that people should try to keep their hopes up even though it really looks like a dark situation.”