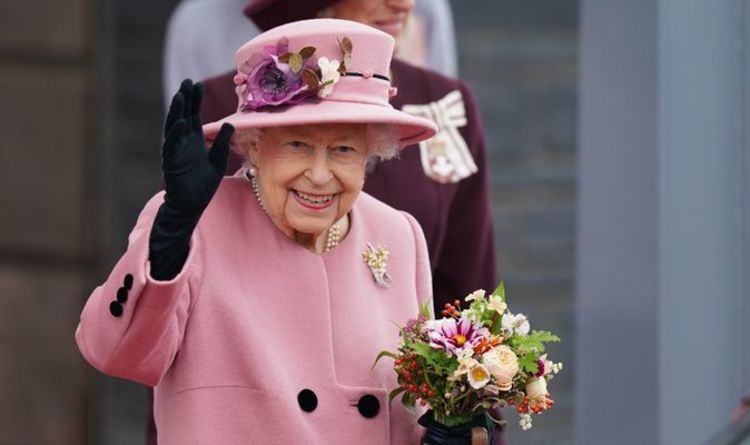 The Queen will be joined by the Duke and Duchess of Gloucester and Prince Michael of Kent to host a reception at Windsor Castle, ahead of the Global Investment Summit (GIS) next week. She will also be joined by Prince Charles and Prince William, and Boris Johnson.

Notably, the Duchess of Cambridge is missing from the line-up.

This comes after reports that Prince Charles, next in line to the throne, wants to see a more slimmed-down monarchy in order to cut costs to the taxpayer.

Charles reportedly plans to reduce the monarchy to a team of just eight key members, all senior working royals in what has been seen as an attempt to improve the reputation of the monarchy.

Constitutional expert, Iain MacMarthanne told Express.co.uk: “The fundamental question is: what is Prince Charles’s vision for the monarchy when he succeeds, of which its membership is but one of many questions, perhaps even the least important of them.

“Ultimately the matter of a slimmed-down membership is about perception and what drives that.

“The debate is contextualised by cost, value for money, and a desire to ensure royals are not seen as hangers-on. The simple and obvious solution is to reduce numbers.”

But he explained why this may not work in practice, describing the problem of cost as a “red herring”.

MacMarthanne noted that royals such as the Kents and the Gloucesters no longer have their expenditures covered by the Civil List, but instead through the Privy Purse – the private income of the monarch.

The GIS reception, which will see the royal family host a number of international business and investment leaders, will take place on Tuesday 19 October.

An Operational Note from Royal Communications said: “Her Majesty the Queen, accompanied by other members of the Royal family, will host a reception for international business and investment leaders at Windsor Castle to mark the Global Investment Summit.

“The Queen, the Prince of Wales, the Duke of Cambridge, the Duke and Duchess of Gloucester and Prince Michael of Kent will formally receive the Prime Minister and attendees of the Global Investment Summit at Windsor Castle.

“Her Majesty and members of the Royal Family will then meet guests in St George’s Hall.”

The GIS reception comes ahead of the Queen, and other members of the royal family’s attendance at events in Glasgow for the COP26 United Nations Climate Change Conference in November.

The Royal Communication said that the GIS will “showcase the best of British innovation and highlight the UK’s role in green investment and clean technologies, to some of the most senior and influential business leaders from all over the world, ahead of COP26 in November.”