Team news, stats and prediction ahead of Newcastle vs Chelsea in the Premier League on Saturday; kick-off 3pm.

Newcastle midfielder Jonjo Shelvey is back in contention for the home game against Chelsea after suspension.

Interim-boss Graeme Jones could also recall goalkeeper Martin Dubravka, who has returned to training after a foot injury.

Paul Dummett (calf) and Elliot Anderson (hip) both remain sidelined, but otherwise Jones has a full-strength squad to choose from.

Chelsea will still be without both Timo Werner and Romelu Lukaku. Werner is missing with a hamstring issue while an ankle injury has sidelined Lukaku, with boss Thomas Tuchel hoping to have the pair back after the November international break.

Mateo Kovacic (hamstring) is out after a training ground injury while Christian Pulisic (ankle) is back in training but will not be in contention until the visit of Burnley next weekend.

A look at the key stats ahead of the fixtures in Matchweek 10 of the Premier League, including Tottenham vs Manchester United and Wolves vs Everton

Follow Newcastle vs Chelsea in our dedicated live match blog. Highlights will also be published on the Sky Sports digital platforms and the Sky Sports Football YouTube channel from 5.15pm on Saturday.

FREE TO WATCH: Highlights from the 1-1 draw between Crystal Palace and Newcastle

FREE TO WATCH: Highlights from Chelsea’s win over Norwich

My theory that the odds surrounding both teams to score in Chelsea matches is overpriced has yet to bear any fruit.

But I’m not jumping off the wagon yet.

On paper, Chelsea have the best defence in the Premier League with just three goals conceded – but I will be flabbergasted if that remains the case over the course of the season. They are offering up good chances and shooting opportunities to the opposition. A figure of 1.62 expected goals conceded per 90 minutes in their last 10 fixtures showcases that. Southampton created 2.14 worth of expected goals in the 1-1 draw in midweek.

I’ve referenced this before, but it’s still relevant, Chelsea have the biggest difference between goals conceded (3) and expected goals against (10.7) in the Premier League after the opening eight games – at 7.7.

Personally, I’ll be cheering on a home win having invested in the chances of Graeme Jones getting the Newcastle job at 14/1 with Sky Bet. I’m not confident though. Chelsea have a knack of finding ways to win.

PART 1 | Jamie Redknapp previews the Saturday Night Football clash between Tottenham and Manchester United. Will United bounce back from their humiliating 5-0 defeat to Liverpool last weekend?

PART 2 | Pete Smith is joined by Oliver Yew and Simeon Gholam to look ahead to Aston Villa vs West Ham on Super Sunday. West Ham’s season continues to get better and better after their Carabao Cup victory against Man City. Will that good run continue at Villa Park? 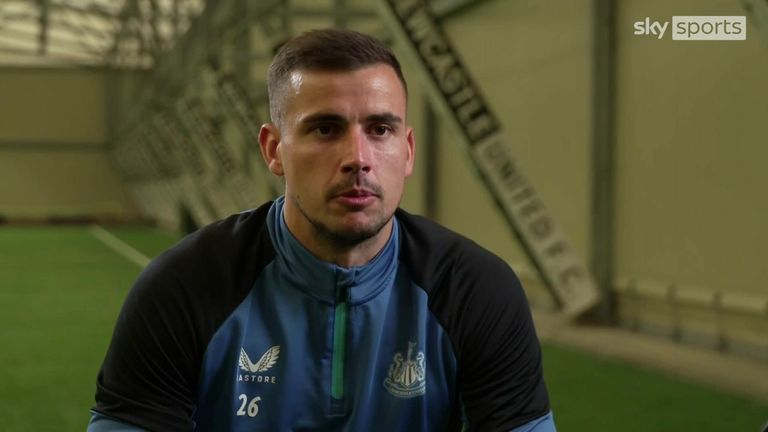