Rory McIlroy, 32, began working with renowned coach Pete Cowen on an official basis in March; in an interview with Golfweek, the Northern Irishman confirmed he is “back working together” with Michael Bannon, who first began coaching the four-time major winner aged eight

McIlroy, 32, engaged renowned coach Cowen on an official basis in March but did not part ways with Bannon who was unable to travel as frequently since the start of the Covid-19 pandemic.

“Yes, Michael and I are back working together,” world No 8 McIlroy told Golfweek.

“I’ve always had a relationship with Pete and I’ll ask for his input if I feel I need it. But now it’s Michael and me.”

McIlroy won the CJ Cup last month in Las Vegas for his 20th PGA Tour title but is reported to have since resumed working with Bannon in Florida.

The Northern Irishman’s long-standing coaching relationship with Bannon began as an eight-year-old and has seen him become a four-time major winner and a world No 1. 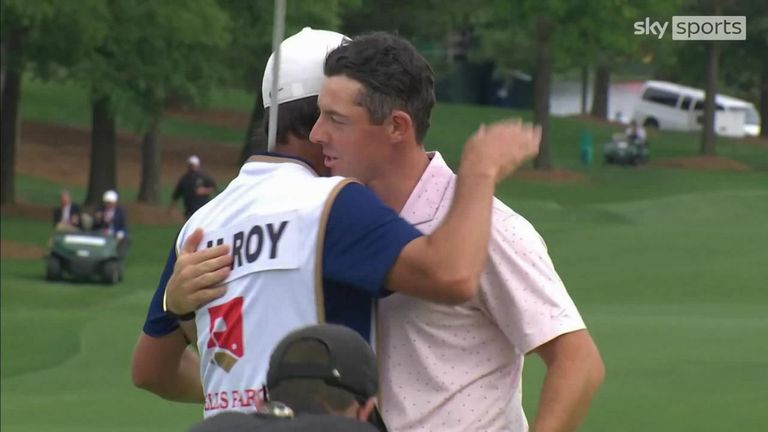 After missed cuts at The Players Championship and the Masters, McIlroy won the Wells Fargo Championship for a third time in May while working with Cowen.

However, he had just two more top 10s – a T7 at the US Open and a fourth-place finish at the BMW Championship – last season.

McIlroy struggled over the first two days of the Ryder Cup, before he gave an emotional interview after winning his first point in Sunday’s singles session as Europe suffered a record defeat to USA at Whistling Straits in September.

McIlory’s next start will be the European Tour’s season-ending DP World Championship from November 18, live on Sky Sports.

Get the best prices and book a round at one of 1,700 courses across the UK & Ireland