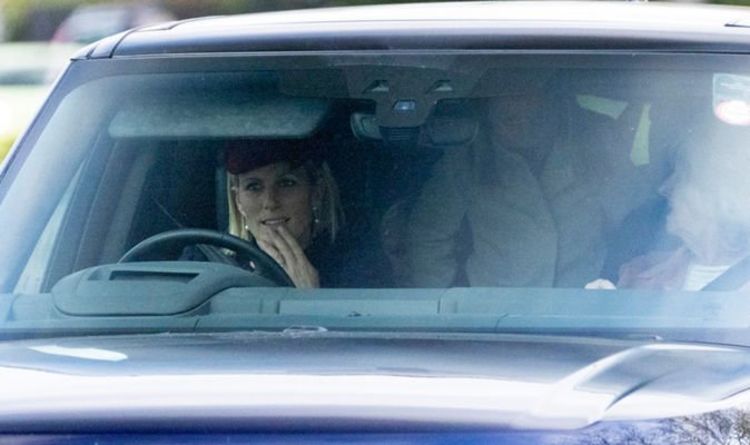 The pictures of them arriving at the happy event are particularly moving given the royals’ previous struggles with miscarriages. In 2018, Zara bravely revealed she had suffered two miscarriages before having her second child. Speaking to the Sunday Times, she said: “You don’t talk about it because it’s too raw.

“But as with everything, time’s a great healer.”

Her third son, Lucas Philip, whose christening is taking place at the Royal Chapel of All Saints in Windsor Great Park, was born in March 2021.

The couple have two other children, Mia, seven and Lena, three.

The christening was held jointly with Lucas’s cousin August Brooksbank, the first child of Princess Eugenie and Jack Brooksbank.

In pictures, the pair were seen smiling as they arrived at the ceremony in Great Windsor Park.

Their child was planned to be christened in July but it was delayed due to Covid.

After announcing the loss of her child in 2016, Zara praised her husband and her brother, Peter Phillips for their support.

“I had to go through having the baby because it was so far along.

The Queen, 95, had previously been advised to step back from duties.

Her personal doctors advised her to rest which caused Her Majesty to miss the Remembrance Sunday ceremony last week.

It was reported Her majesty had sprained her back and has carried out only light duties since her hospital stay on October 20.

The Queen also marked her first wedding anniversary since her husband died in April on Saturday.

It would’ve been the pair’s 74th wedding anniversary.