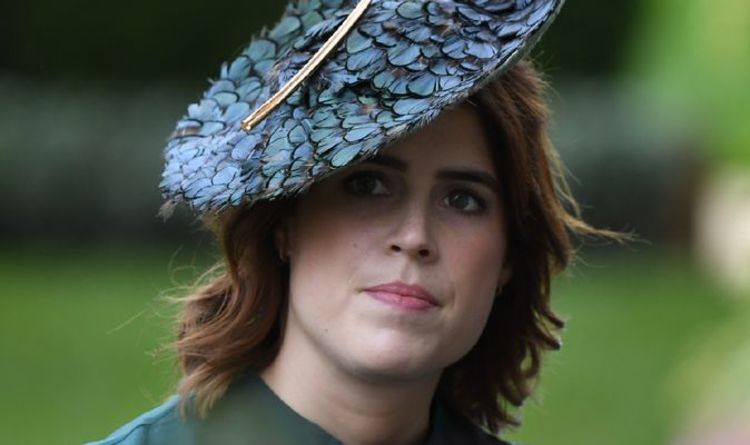 A royal insider told the website: “George had been in hospital with Covid and had not been the same after that.

“He had been unwell for some time.

“It’s been a difficult time for Jack losing his father before the Christening.”

Another source added it had been a “miracle” Jack’s father survived Covid last year and that it had been “wonderful” that he was around to see August’s arrival.

Mr Brooksbank spent a period in intensive care with coronavirus and was put on a ventilator for five weeks before leaving hospital in June 2020.

Eugenie and Jack were told to “prepare for the worst” as he battled the virus.

The couple put on a brave face yesterday as they were seen arriving for the rare royal double christening.

August was baptised alongside the Tindalls’ tot Lucas in front of guests including the Queen.

The monarch’s attendance came after she has been forced to cancel a series of engagements due to her health.

Eugenie and Jack were pictured arriving at the christening at around 4pm on Sunday.

Her Majesty was photographed leaving in the backseat of a black Range Rover just before 5pm.

Other royals reportedly attending were Prince William and Kate.