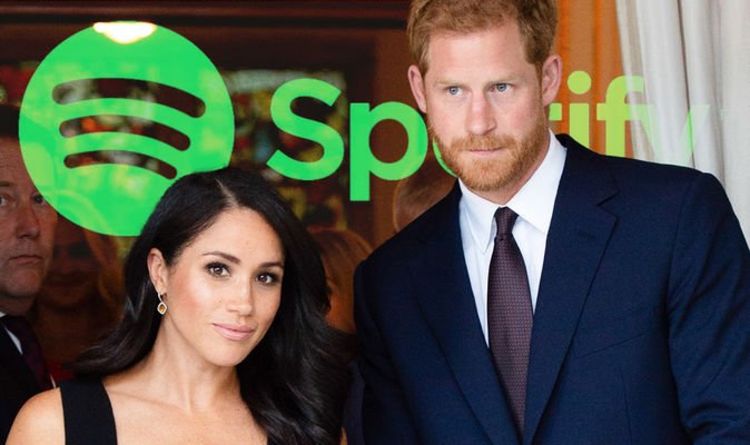 Meghan and Harry, Duchess and Duke of Sussex in December last year produced a 35-minute holiday special podcast episode – and the only one so far of the couple’s £18million deal with Spotify. The audio streaming giant has now hinted at the possibility something new may come soon.

The Duke and Duchess said in a joint statement after signing the deal with Spotify: “What we love about podcasting is that it reminds all of us to take a moment and to really listen, to connect to one another without distraction.

The audio streaming company last year announced it was expected a “full-scale launch of shows” from the Sussexes throughout 2021.

Considering Meghan and Harry have only put out one episode, it is calculated each minute of it has cost the streaming company £500,000.

In March this year, in a hopeful move, the couple announced they were hiring producer Ben Browning as head of content for Archewell Productions and Archewell Audio.

Mr Browning said in a statement to Forbes: “From the moment they shared their vision for Archewell as a global production company that will spotlight diverse voices and share uplifting stories, I knew I wanted to help with this unique opportunity.

“It’s a thrilling company to be starting.”

Then, in August, they took on podcast producer Rebecca Sanaes as their head of audio.

Archewell’s veteran in-house team and the audio giant’s promising statement suggest the Sussexes have something in the works.