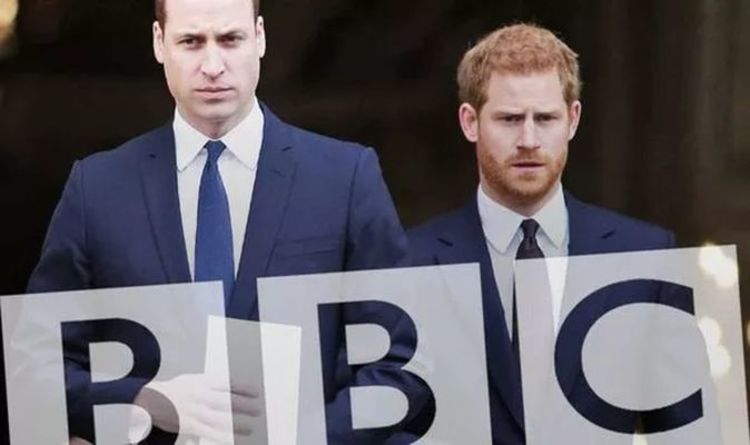 A royal insider, speaking to the Sunday Express, fired the criticism at the broadcaster after they faced mounting controversy over their recent documentary outlining the relationship between Prince Harry, Prince William and the media. The source, who has worked with the BBC for many years, told the Sunday Express: “The BBC’s decision makes a travesty of its claim to be impartial. Just a cursory glance at Rajan’s Twitter feed would have shown that the reporter was biased against the royals to an extent that bordered on rudeness.”

One tweet said Prince Charles “was not bright enough”, while another criticised the Duchess of Cambridge for having a “false royal wave”.

He also hit out at his future employers for “monarchist propaganda”.

The journalist, who is also a presenter for Radio 4’s Today programme, apologised for the commentary saying: “In reference to very reasonable questions about some foolish commentary from a former life, I want to say I deeply regret it.

“I wrote things that were rude and immature and I look back on them now with real embarrassment, and ask myself what I was thinking, frankly.

“I would like to say sorry for any offence they caused then or now.

“I’m completely committed to impartiality and hope our recent programmes can be judged on their merits.”

However, there was a widespread furious reaction over the BBC’s choice of presenter, both from members of the public and royal commentators.

Royal commentator Richard Fitzwilliams hit out at the BBC, calling their choice of presenter “ridiculous”.

“As for leaving personal views at the #Beebs front door when you go to work for them – then lo and behold become impartial once through the revolving door – b**t.”

Meanwhile, furious members of the public also chimed in, with one Twitter user saying that the BBC “should hang their heads in shame”.

Ollyp3 wrote: “@BBC should hang their heads in shame. Bad enough the cover up on Bashir but this is salt in wounds.

“I blame not Rajan as he has shown his colours in the past.

“I blame editors & management, this PSB should be no longer funded by the public. It’s not in the public interest.”

Kristine Taylor said: “Impartiality was needed for both sides to be aired.

“He was an inappropriate choice of presenter with his obviously anti-monarchy views well known for many years.

“No challenge to the exposed lies of the Oprah show. Very poor choice for BBC as National Broadcaster.”

While Robin D Horsman added: “The BBC do keep going from one mess to another.

“Would public money be better spent elsewhere. Not like the old days when they were “ the only game in town “.

“I think we could manage without them.”

Buckingham Palace, Kensington Palace and Clarence House issued a rare joint statement after the first episode of the two-part series was aired, saying: “A free, responsible and open press is of vital importance to a healthy democracy.

“However, too often it is overblown and unfounded claims from unnamed sources that are presented as facts and it is disappointing when anyone, including the BBC, gives them credibility.”

However, the BBC defended its decision to have Mr Rajan present the two-part documentary, saying that his anti-royal tweets and comment articles “predate” his time at the BBC.

It said: “This article predates Amol’s work at the BBC. Once journalists join the BBC, they leave past views at the door.

“Amol is an experienced BBC journalist who reports on all of the topics he covers in an impartial way and in line with the BBC’s editorial guidelines.

“All BBC current affairs output is required to be impartial.”