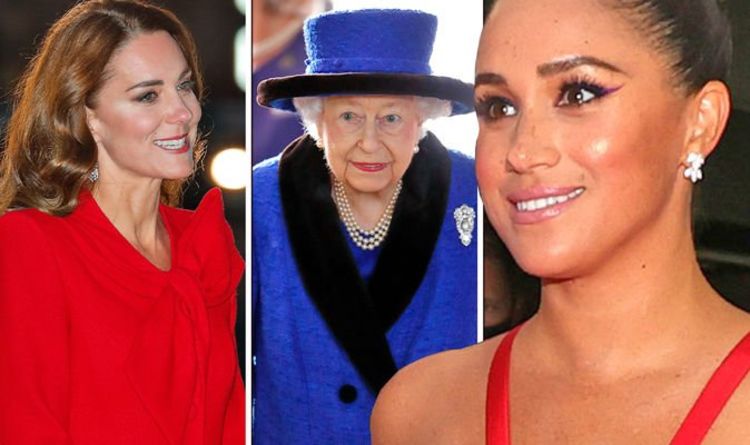 An analysis of how many times the Royal Family wedding dresses were searched for in Google shows that Meghan beats out her royal sister-in-law for the top position. Meghan’s wedding gown generated a total of 51,000 searches on average per month in 2021, securing her the title of the most-searched-for royal wedding dress of the year. The Duchess of Sussex donned a custom Givenchy dress, designed by Claire Waight Keller, when she tied the knot with Prince Harry at Windsor in 2018.

The research by Casino Bee looked at monthly Google searches for fifteen of the world’s favourite royal weddings of the last century.

A spokesperson for Casino Bee commented: “Meghan Markle has been a fashion icon since she was catapulted onto the world stage when news broke of her romance with Prince Harry in 2016.

“The enduring popularity of her wedding dress, despite the wedding taking place almost five years ago, is a testament to the Duchess’ effortlessly elegant and timeless style.

“Despite leaving her official role as a working role, this study highlights her unwavering ability to keep the world’s attention on her, not only through her actions but also through her iconic style.”

Close behind Meghan is Kate, Duchess of Cambridge who came in second in the research’s rankings.

She received a not-too-shabby total of 47,000 global searches on average per month.

The Duchess married Prince William ten years ago, stunning onlookers in her Alexander McQueen dress made by Sarah Burton.

Fourth-place Princess Beatrice, who married her husband Edoardo Mapelli Mozzi in July 2020, also said her vows on the grounds of Windsor.

She made history as the first royal bride to wear a previously-seen wedding dress, gliding down the aisle in a vintage Norman Hartnell gown worn by the Queen.

In 1947, when the Queen married her husband of over seventy years, Prince Philip, the dress’s value was around £30,000.

This figure has shot up to the equivalent of £1.2 million in today’s currency.

David Emanuel, who is known for his designs of Princess Diana’s wedding dress, told HELLO! that Beatrice’s choice was a nod to the “something borrowed” part of a wedding tradition.

He added that it could become an increasingly popular bridal trend.

He said: “Beatrice’s dress was very simple and natural, especially when you’ve seen the formality of royal brides through the ages… I thought it was lovely.”

He continued: “She is very privileged of Her Majesty the Queen to give her the gown. It just had a little puff sleeve, a panel at the bottom to update it.

“It was very clever and it should inspire a lot of brides.”

In a nifty tip for nostalgic or thrifty brides, he added: “Ask your relatives if they have a wedding dress that you can update without breaking the bank, or have a look in charity shops for a vintage piece.”