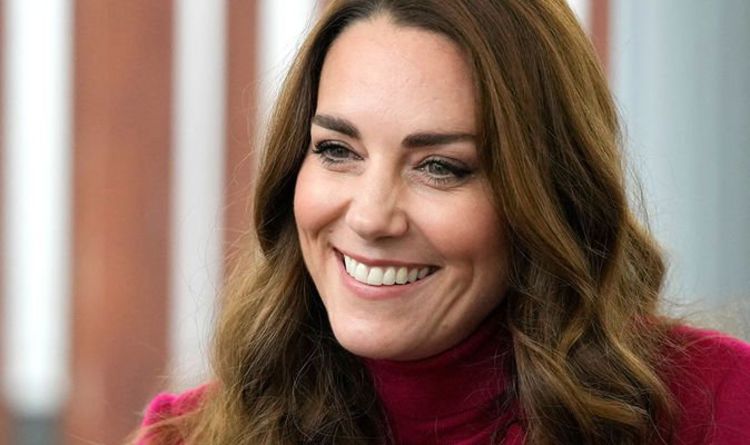 Kate is just a few weeks ahead of her 40th birthday. And she is preparing to meet this milestone in the best possible shape, according to a royal source.

The insider told People magazine: “She has really come into her own.”

And she appears to be admired for her evolution into her role.

Joan Black, who was invited to the Together at Christmas carol service on December 8 in recognition of her work in support of the elderly during the lockdowns, told the US magazine: “What she wrote was beautiful, and to bring everyone together like this is lovely.

“I felt she was really confident.

“We are doing well if that’s our future Queen.”

Ms Black referred to a foreword penned by Kate and published in the programme of the concert held at Westminster Abbey to thank the unsung heroes of the pandemic.

In it, Kate described the “heart-wrenching isolation from those we hold most dear.”

She also said: “We have lost loved ones, seen our frontline workers placed under immeasurable pressure, and we have experienced heart-wrenching isolation from those we hold most dear.

“Alongside this, we have seen how communities have come together to support those most in need.

“And through our separation from others, we have been reminded just how powerful human connection is to us all.

“Just how much we need one another. And how loving and feeling a sense of belonging to one another can provide comfort in tough times.

“The importance of simply being together.”

The pair had met a decade prior at St Andrews University in Scotland, but only started dating after several months of friendship.

The Duke and Duchess of Cambridge didn’t immediately embrace full time royal work, with William working first as an RAF Search & Rescue team member and then as an air ambulance pilot.

However, Kate started picking up patronages in her early years as a royal and set down the foundation for her work.

One of the legacy-making projects she has worked on for a decade is focused on early childhood.

After years of research, work with patronages and a successful nationwide poll, the Duchess launched in May the Royal Foundation Centre for Early Childhood, her most ambitious project to date.

But she has also made her voice heard on other defining issues of our time, including safeguarding the mental health of frontline workers, in particular during the pandemic.

Moreover, Kate is believed to be gearing up behind the scenes for her next role of Princess of Wales and is taking on more duties in support of the Crown as the Queen and other working royals prepare to step back due to their age.

Kate, however, isn’t just preparing for her next major role within the Firm.

She is also the mother of her three beloved children Prince George, Princess Charlotte and Prince Louis.

And, despite having the support of her husband William and nanny Maria Teresa Turrion Borrallo, the Duchess is said to be deeply involved in the education of the little Cambridges.

One friend told the US magazine: “[Kate] runs things at home with the kids and the schedules.

“She is hugely involved in every single part of their day.”