Former Premier League referee Dermot Gallagher dissects the big flashpoints from the weekend’s action, with the key decisions in Arsenal’s defeat to Manchester City and Chelsea’s draw with Liverpool reviewed.

INCIDENT: Martin Odegaard went down under a challenge from City goalkeeper Ederson. It looked a close call, with the movement of the ball suggesting Ederson made contact with it. Referee Stuart Attwell waved away Arsenal appeals, but replays of the incident appeared to show Ederson making contact with Odegaard before the ball. VAR Jarred Gillett looked at the incident but stuck with the on-field decision.

DERMOT’S VERDICT: “Tough call, but I think it was fair to go with the referee’s on-field decision.” 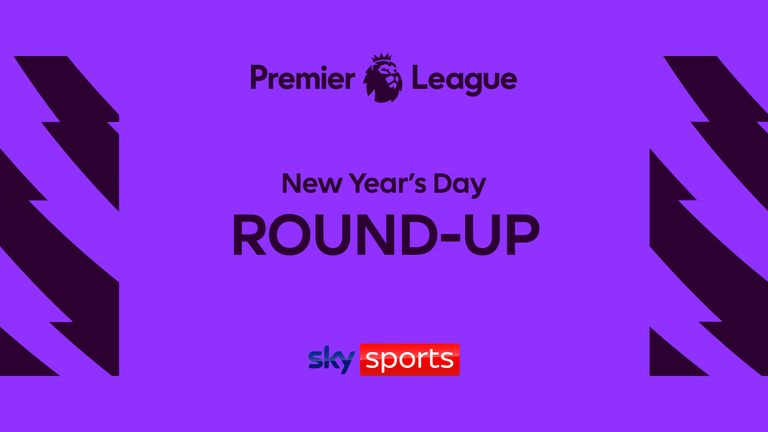 DERMOT SAYS: “VAR did look, and it looked very closely. I think the dilemma was: if you have two different angles, you get two different versions. That’s the dilemma, it’s which picture you go with? It’s inconclusive to the VAR so he went with the on-field decision, which was Ederson played the ball, which I think was the best thing to do. And I think that’s what people want, for the referee to make the decision.”

Stephen Warnock: “I thought this was a really difficult decision, but when you see it through, for me, I still feel Ederson took his foot. I think he takes enough of Odegaard’s foot to give a penalty, but such a difficult one when you see the camera angles – very inconclusive as to what contact was made by Ederson – however, I would have given a penalty.”

Sue Smith: “I think that’s why they had to go with the on-field ref because it was inconclusive. One angle, it looked like he had taken his foot first, and then the other angle you thought ‘has he got the ball first?’. But I have to agree, I thought that if I had to make a decision, I would have given a penalty.” 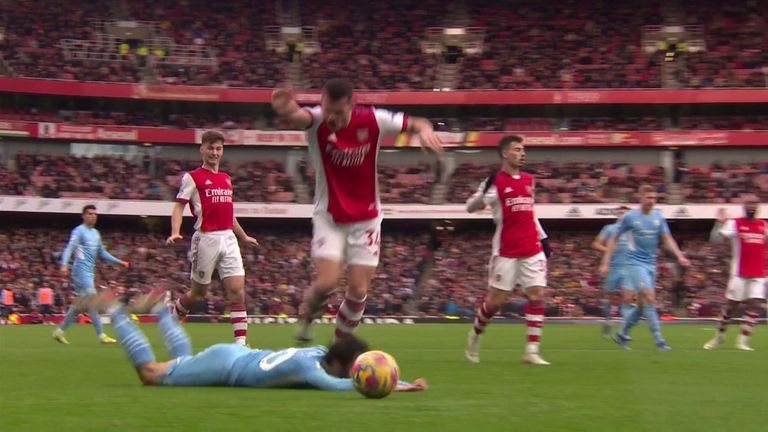 Dermot Gallagher, Sue Smith and Stephen Warnock discuss the penalty that was awarded to Man City when Bernado Silva was brought down by Granit Xhaka

INCIDENT: Play continued after a clumsy challenge from Granit Xhaka on Bernardo Silva in the penalty area in the second half. Once again, Attwell did not give the penalty on the field. But, on this occasion, the VAR advised the referee to review the incident on the pitchside monitor and he changed his decision, handing City a way back into the game as Riyad Mahrez converted the spot-kick.

DERMOT SAYS: “I think yes [this one was a penalty]. Once Bernardo Silva is past Granit Xhaka, he’s got a clear run. I think he (Xhaka) squares him off, catches him with his leg, and if you watch, at the same time, he is already reaching for his shirt. And the combination of both, for me, makes it a penalty.”

Sue Smith: “I think it’s a definite penalty this. When you see the connection of Xhaka on Silva, it was the knee initially and then the shirt pull. But I think it was the knee, Silva changes direction really quickly and it was that connection that brought him down. I think the shirt pull was just the added extra. I think the frustration for the Arsenal fans is that the referee goes and looks at that one and didn’t look at the other one.”

Stephen Warnock: “Like Dermot says, it’s the combination of two incidents. I think Xhaka gets his body position completely wrong. I think what makes the situation harder for Arsenal fans is the way that Bernardo Silva goes down because he almost throws his legs into the incident but for me, it’s a clear penalty.”

DERMOT’S VERDICT: “Due to a combination of things, I personally think it’s a yellow card. It’s not a wise challenge, but he leads with his forearm if you like. He’s using that to get up as leverage to get off the ground. I don’t think he throws it as a weapon, he certainly doesn’t hit him with the elbow. Mane’s always looking at the ball in the air, he doesn’t size up Azpilicueta. So, all in all, I would say yellow card. Reckless challenge, not dangerous.”