Dowson to succeed Boyd as Northampton’s director of rugby

Dowson, who played for the Saints for six seasons, will take over from New Zealander Boyd at the end of the current season; Sam Vesty steps up to being head coach, while Boyd will continue at Franklin’s Gardens in an advisory role

Phil Dowson will take charge as Northampton Saints’ new director of rugby when Chris Boyd returns to New Zealand at the end of the current season.

Back row Dowson played for the Saints for six seasons after joining from Newcastle Falcons in 2009, making 186 appearances, and has been part of the coaching staff since 2017 after finishing his playing career with a spell at Worcester Warriors.

The 40-year-old former England international’s elevation to the role from forwards coach will also see current attack coach Sam Vesty step up to being head coach too, while Boyd will remain involved at Franklin’s Gardens in an advisory role, working remotely from his homeland but also visiting at points during the season.

Saints coaches Phil Dowson and Sam Vesty will move into senior management roles at the end of the 2021/22 Gallagher Premiership season following confirmation that Director of Rugby, Chris Boyd, will return to New Zealand.

“I am extremely proud and humbled to be stepping into the director of rugby role at Northampton Saints, a club I have loved from the moment I first ran onto the pitch at Franklin’s Gardens 12 years ago,” Dowson said.

“There is still plenty of growth left in this group of players and, alongside Sam and the entire coaching department, we will work tirelessly to deliver silverware for the club and our supporters – whose passion and commitment to the team is second to none.

“On a personal note, I would like to thank Chris for everything he has done for me as a coach; I have learnt an enormous amount from him, and I will always be grateful for the opportunities he has given me.

“It is of course sad to see him return to New Zealand, but I’m delighted we will be able to continue to work together within this new coaching structure.” 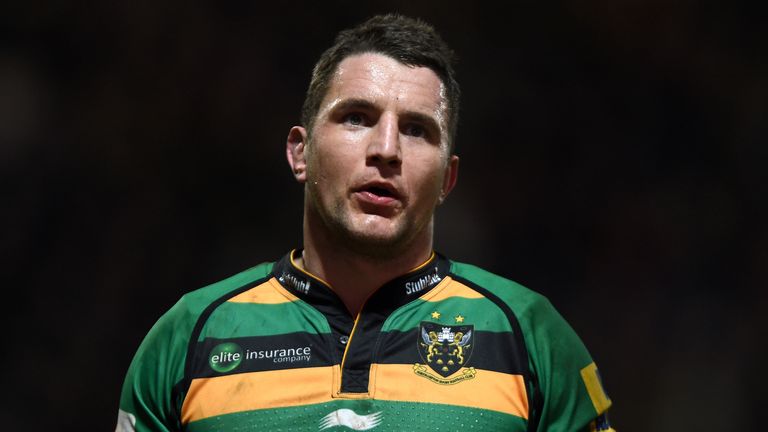 There is still plenty of growth left in this group of players and, alongside Sam (Vesty) and the entire coaching department, we will work tirelessly to deliver silverware for the club and our supporters.

As well as new roles for Dowson and Vesty, former Saints second row James Craig will step up from coaching the club’s academy to take on a first-team position which will initially see him focusing on the line-out.

Current defence coach Ian Vass and scrum coach Matt Ferguson will also continue in the roles they occupy at present.

Boyd, who took over at the former Gallagher Premiership champions ahead of the 2018/19 campaign and has guided them to a Premiership Rugby Cup title, plus Premiership semi-final and Heineken Champions Cup quarter-final appearances, has decided to return to New Zealand for family reasons when the 2021/22 season concludes.

Part of his role has been to develop the Saints’ coaching staff along with the on-field performances of the team and the 63-year-old is pleased he will still be able to retain some involvement as a new era gets underway at Northampton, who are currently fifth in the Premiership and host Ulster in the Champions Cup on Sunday.

“The pull of family is too great to stay in Northampton beyond the end of this season – and while the thought of being closer to our children and grandchildren is hugely exciting, it is with heavy hearts that we leave the club,” Boyd said.

“Phil and Sam are very talented coaches and thoroughly deserve their forthcoming appointments. Over the last three years, they have proved they have what it takes to lead a successful rugby club at this level; I have no doubt they are ready to make the step up.

“They will be well supported by Ian, Matt and James, who all have bright futures ahead of them as coaches, and I will obviously still be contributing in my new role too.

“Although I’ll be sad to leave, my job this season is far from finished. I can promise our supporters that we are all more determined than ever to help the club achieve its potential for the remainder of the season.”

Look out Sonos! New Dolby Atmos soundbar is an affordable way to…

Web3 Venture Studio SuperLayer Launches on the Solana Blockchain to…

Finnish Web3 startup Kleoverse locks in over €1 million to…

How AMC rode the meme stock rally to revitalize its business

Wordle too easy? How to turn on hard mode for increased challenge

Martha Stewart Had Some Words For Ina Garten’s Instagram…

Tiffany Haddish and cast had a blast filming ‘The…