Resident Evil is a franchise that has survived on more than just the strength of its zombie survival horror premise. Over the decades, it’s created some of the most famous video game characters of all time, and the movies based on the games have even produced some memorable original characters of their own.

RELATED: 5 Horror Movies that Keep Their Scares In Broad Daylight

Though animated movies have continued the stories of the characters that fans play in the games, the live-action movies, beginning with a series of 6 films written by Paul W.S. Anderson before a reboot in 2021, have reinterpreted game characters like Leon S. Kennedy and Claire Redfield whilst adding their own. But of all the characters in the Resident Evil movies, which are the very best?

Played by Milla Jovovich, Alice is the protagonist of the original run of live-action Resident Evil movies and, as such, the most famous character from the franchise that did not originate from the games.

Alice goes through it all, deaths, resurrections, amnesia, superpowers, de-powering, re-powering, and a hidden past that ties her to all of the events in the movies in the most personal way possible. Though not without her cliches, she’s debatably one of the most underrated action movie characters of the 21st century, carrying most of the weight of 6 successful films. on her back. 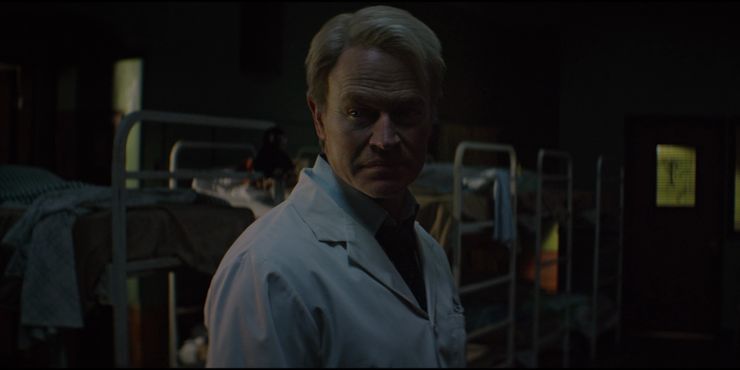 William Birkin is one of the scariest and most iconic antagonists of the overall Resident Evil franchise, not just for his hugely imposing and memorable mutant form but his status as the creator of the G-virus.

Birkin is the main villain of the reboot movie Resident Evil: Welcome to Raccoon City and is played in the film by Neal McDonough. He’s given an expanded backstory that ties into the pasts of both Chris and Claire Redfield, meaning that the majority of his villainy comes out in his human form before his inevitable transformation after injecting himself with the G-virus. This approach also emphasizes his role as a father and family man, making his sinister side all the more disturbing when it shows through the cracks. 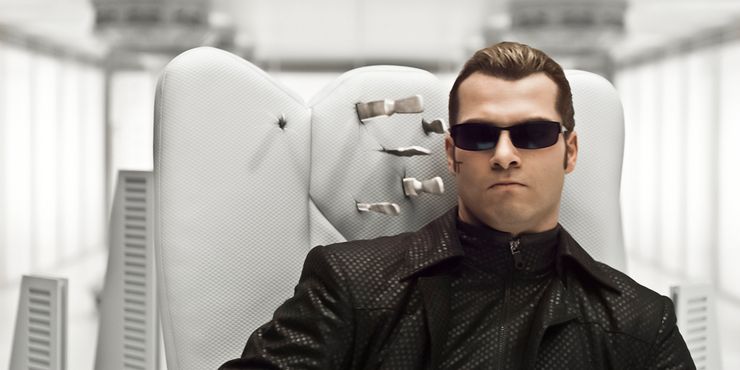 By far the most famous of all the many, many villains from the Resident Evil games has to be Albert Wesker, who appears in the original game as a traitor within the main S.T.A.R.S. team before dying and being resurrected as a superpowered monster. It’s this latter version of Wesker that writer and director Paul W.S. Anderson really focuses on in his movie adaptations.

Wesker’s never shown to be a member of S.T.A.R.S. in the Anderson movies but is instead introduced as the head of the Umbrella Corporation, with his powers making him a worthy adversary for the unstoppable Alice. He’s originally played by actor Jason O’Mara in Resident Evil: Extinction with Shawn Roberts taking over the role in Resident Evil: Afterlife and beyond, both of them playing to his distinctly dastardly nature. 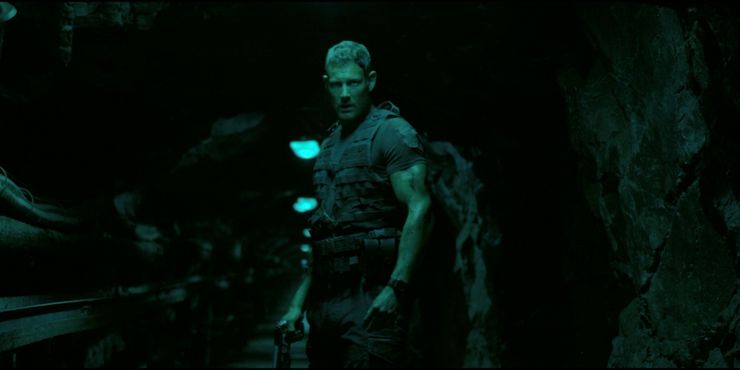 The take on Albert Wesker seen in Resident Evil: Welcome to Raccoon City is a noticeable departure from previous representations of the character seen in either the games or the movies. Played by actor Tom Hopper, this version of Wesker initially appears to follow the character seen in the original Resident Evil game closely, with him being a member of the S.T.A.R.S. team in the Raccoon City Police Department who betrays his teammates and is mostly concerned with retrieving research data.

In terms of personality, however, writer and director Johannes Roberts’ take on Wesker demonstrates a previously-unseen level of humanity. In Roberts’ film, Wesker appears to be a fairly decent person who is simply tempted into doing the wrong thing. He suffers the consequences of this and is killed, but not before expressing his remorse and helping the heroes escape. He’s shown to be reanimated, presumably with some similar experimentation done to him as seen in the games, so any future appearances of Hopper’s version of Wesker could prove to be very interesting given his established emotional attachment to some of the main characters. 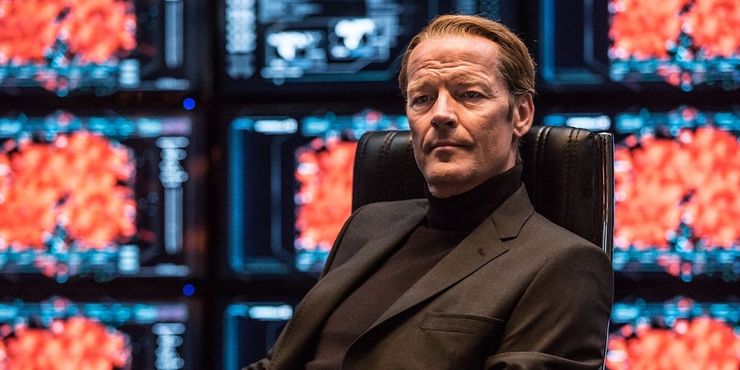 Dr. Isaacs is another creation of the Paul W.S. Anderson movies and acts as somewhat of a stand-in for William Birkin, spearheading Umbrella’s research in Resident Evil: Apocalypse and Resident Evil: Extinction.

His appearances can be a little confusing as it’s revealed in the last of Anderson’s movies that Isaacs has cloned himself several times, with the true Isaacs only appearing in that film. In any of his forms, he’s a sadistic and ruthless man whose God complex informs a lot of Umbrella’s nefarious activities. He’s played by Iain Glen in all of his appearances, who gives him the requisite fiendishness in every iteration. 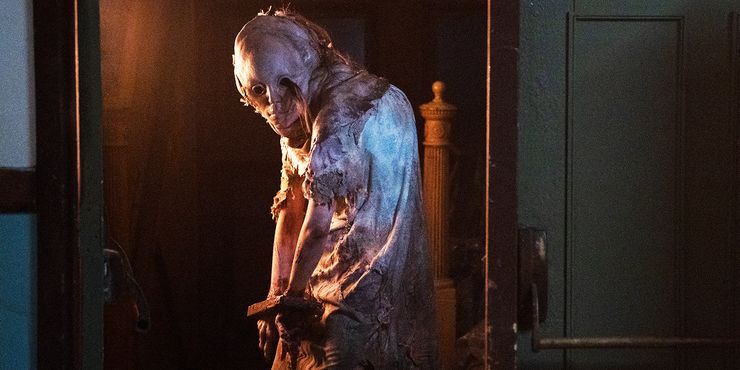 Lisa Trevor was an addition made to the remake of the original Resident Evil game, adding a haunting level of backstory to the creation of the mansion in the game, being the daughter of the estate’s architect who was imprisoned and experimented on in the laboratories.

Her origins aren’t really delved into in Resident Evil: Welcome to Raccoon City, but a brief shot of her Umbrella records shows that much of her story in the movie matches what’s revealed in the game, as does her design. Rather than being an antagonist, however, her sympathetic edge is played to, making her an ally to Claire Redfield who actually uses her immense strength to save Claire and Leon from a Licker. Her story in the games is so tragic that it feels like the best move for the character, transforming her into more of an unsung hero. 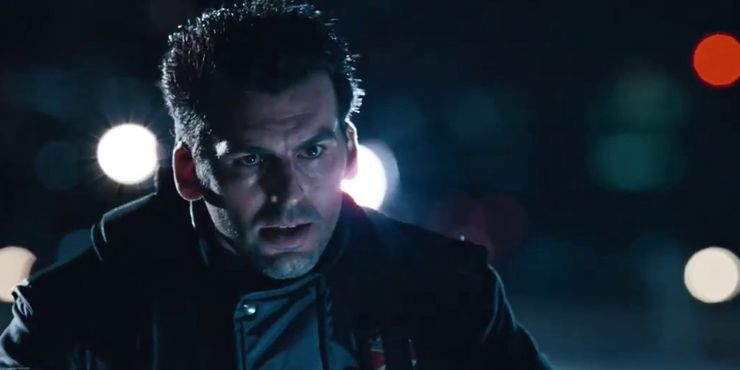 RELATED: 5 Reasons Why The Resident Evil Live-Action Movies Are Great (& 5 Why The Animated Movies Are Better)

Played by Oded Fehr, Carlos Olivera becomes one of Alice’s chief allies before his heroic death in Resident Evil: Extinction. Unlike a lot of the famous game characters who appeared in the original live-action movies, Carlos’ role is arguably expanded and enriched in the films. He’s a selfless leader with a real courageous streak who gets one of the movie series’ best deaths when he sacrifices himself in a fiery explosion. Like several other characters, he’s briefly resurrected through cloning in Resident Evil: Retribution, making him one of the most frequent faces of the films too. 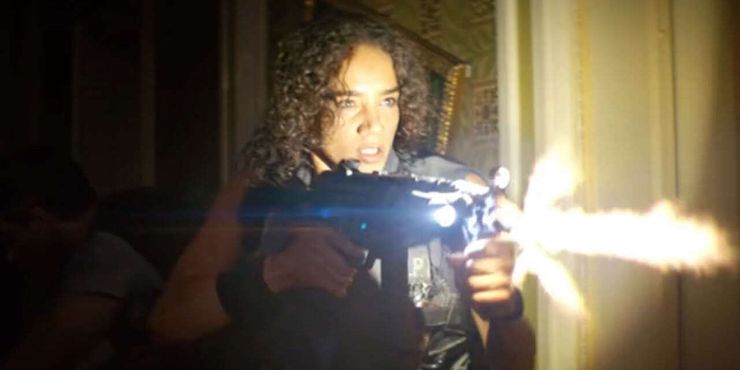 Whilst the version of Jill Valentine that appears in the films made from Paul W.S. Anderson’s screenplays may be more faithful to how she appears in the games, Hannah John-Kamen’s take on the fan-favorite character in Resident Evil: Welcome to Raccoon City is more compelling and, like many of the interpretations of the franchise’s most famous characters in the movie, stands on its own.

Jill fits right in with the jockish side of the S.T.A.R.S. team, out-pranking Wesker in their introductory scene and maintaining a rewardingly strong connection to him throughout. She’s trigger happy, fiercely loyal, and requisitely brave, making her a potentially great lead for any possible sequels. 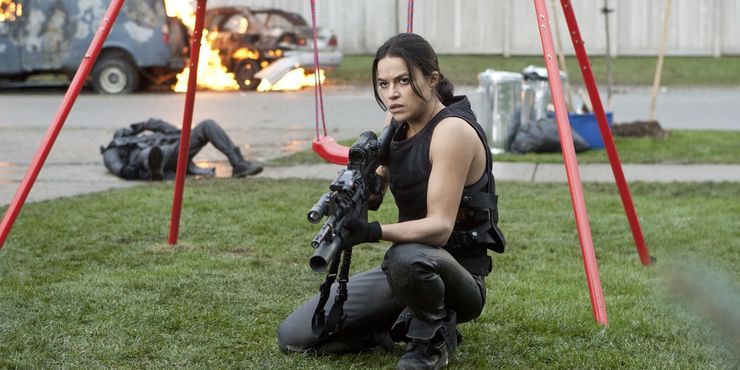 Rain Ocampo, played by Michelle Rodriguez, is one of the main characters of Paul W.S. Anderson’s first live-action Resident Evil movie and, next to Milla Jovovich in the lead role, she somewhat steals the show.

Rain is one of a group of soldiers sent in by the Umbrella Corporation to investigate an outbreak in a giant underground facility and, though none of that team survives, she essentially makes it all the way to the end. Rodriguez gives Rain the kind of enjoyably prickly personality that only she could, making fans sad to see her go. Clones of her do return for Resident Evil: Retribution and, in an antagonistic role, she’s a great adversary for Alice. 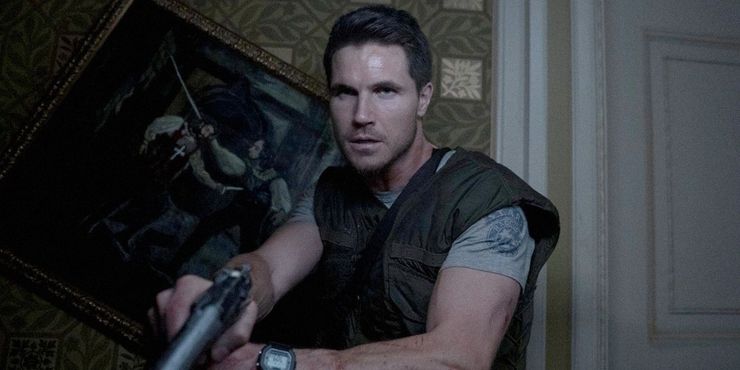 Along with Jill, Chris Redfield was one of the two main characters that players choose in the original Resident Evil game. While he did get a fun live-action version courtesy of Wentworth Miller in Resident Evil: Afterlife, Miller and the character only appeared in that one film in the original series.

Resident Evil: Welcome to Raccoon City rightly puts Chris at the forefront of its story along with his sister, Claire, closely following his original storyline from the games while adding some extra details to it. Actor Robbie Amell makes the pixel-perfect hero seem as real as he can be, providing clear character motivations behind where he is in his life and establishing a dynamic relationship with his sister that still has room to evolve.

Mark has been a writer and editor for ScreenRant’s lists section since 2019 and leads the Update Team, keeping content fresh and relevant. When not either writing or editing, he can most likely be found complaining about movies on Twitter.