The New York Subliners are hosting the Call of Duty League Major IV. Here’s how to watch the stream, schedule, teams competing, and more.

The Call of Duty League Major IV (CDL Major 4) tournament weekend kicks off in July 2022 and is the final tournament ahead of the CDL Championships in August. As a result, the stakes are high, with 12 League teams battling to qualify and finalize their placements in the Champs.

The CDL Major 4 is organized by the New York Sublimers and follows a string of successful events on the 2022 esports calendar boasting insane high-octane action. Here’s everything you need to know about CDL 2022 Major 4, including how to watch the streams, schedule and fixtures, teams competing, format, map pool, and more.

Call of Duty League Major IV – How To Watch

You can watch the CDL Major 4 games live exclusively on the Call of Duty League YouTube channel. We’ve embedded the latest match (at the time of writing) below for your consideration. 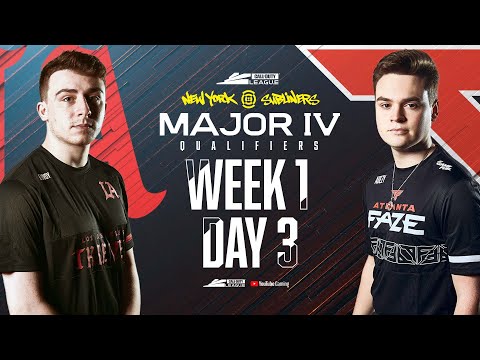 Fans wanting to attend the event can purchase General Admission ($35) or VIP ($100) tickets via Ticket Master. Unfortunately, fixtures for the CDL Major 4 are currently unavailable; however, we will update this article once the information is released.

We will update the seeding with the teams once the CDL Major 4 Qualifiers are over.

Twelve teams are competing in the CDL Major. 4 tournament. We’ve listed each of the participating teams below.

The CDL Major 4 features a total prize pool of $500,000, distributed as follows.

In addition, teams placing in the top 8 will be awarded valuable CDL Points.

That’s everything you need to know about the CDL 4 Major 2022.

For more on the game, please check out our section dedicated to Call of Duty esports, guides, news, and much more.

GoogleNews is a news aggregator platform. It presents a continuous, customizable flow of articles organized from thousands of publishers and magazines.