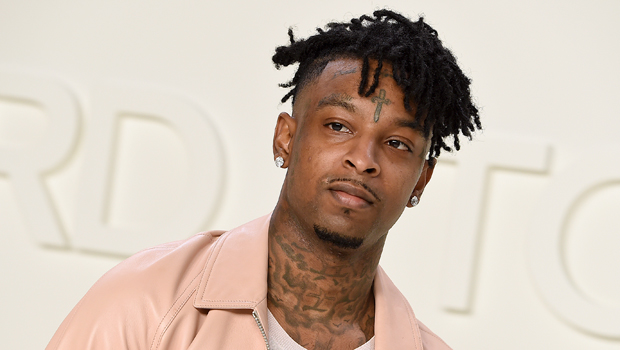 21 Savage posted a heartbreaking tribute, shortly after a report claimed that the ‘A Lot’ rapper’s brother was ‘stabbed’ after taking ‘some shopping’ to his grandmother.

21 Savage has confirmed that he lost his “baby” brother, Terrell Davis, who was just 27 years old. “Can’t believe somebody took you baby bro I know I took my anger out on you I wish I could take that s–t back,” 21 Savage (real name Shéyaa Bin Abraham-Joseph) wrote in an Instagram tribute on Nov. 23, in which the 28-year-old rapper also shared a childhood photo with Terrell and photos of his brother from 2015.

21 Savage didn’t go into the specifics of Terrell’s death, and HollywoodLife has also reached out to his reps for comment. The Metropolitan Police of London reported a day prior that a “fatal stabbing” had occurred, leaving a 27-year-old man “dead at the scene” in the London borough of Lambeth. No arrests were made and the investigation is ongoing, and Terrell wasn’t named in the report. However, the day after, a media outlet report came forward with details of what allegedly happened before Terrell’s death.

“[Terrell] had been taking some shopping to his grandmother when he got into an argument with an old friend, who suddenly lunged forward and stabbed him,” a family source told The Daily Mail. The insider also explained 21 Savage’s relationship with Terrell, who both shared the same father, Kevin Emmons. “They are brothers. They used to speak on the phone quite a bit and on WhatsApp. I don’t think Savage has been back to Britain for a while because he’s had some legal problems in the US,” the source told the outlet.

Like his late brother, 21 Savage is also from the United Kingdom but was taken to the United States by his mother at the age of seven, per Daily Mail. His visa reportedly expired in 2006 and over a decade later, the United States Immigration and Customs Enforcement in Atlanta arrested the hip-hop artist in a “targeted operation” amid SuperBowl weekend 2019, which ICE spokesman Bryan Cox had revealed at the time. It took 10 days for 21 Savage to be released from custody, and he later went on to describe the blindsiding experience that had sparked outcry in the country during an interview on Good Morning America in Feb. 2019.

Like 21 Savage, Terrell was also a rapper. He released music under his rapper alias of TM1way; above is the late rapper’s collaborative music video with T9 and L3, called “Smash Bros.”