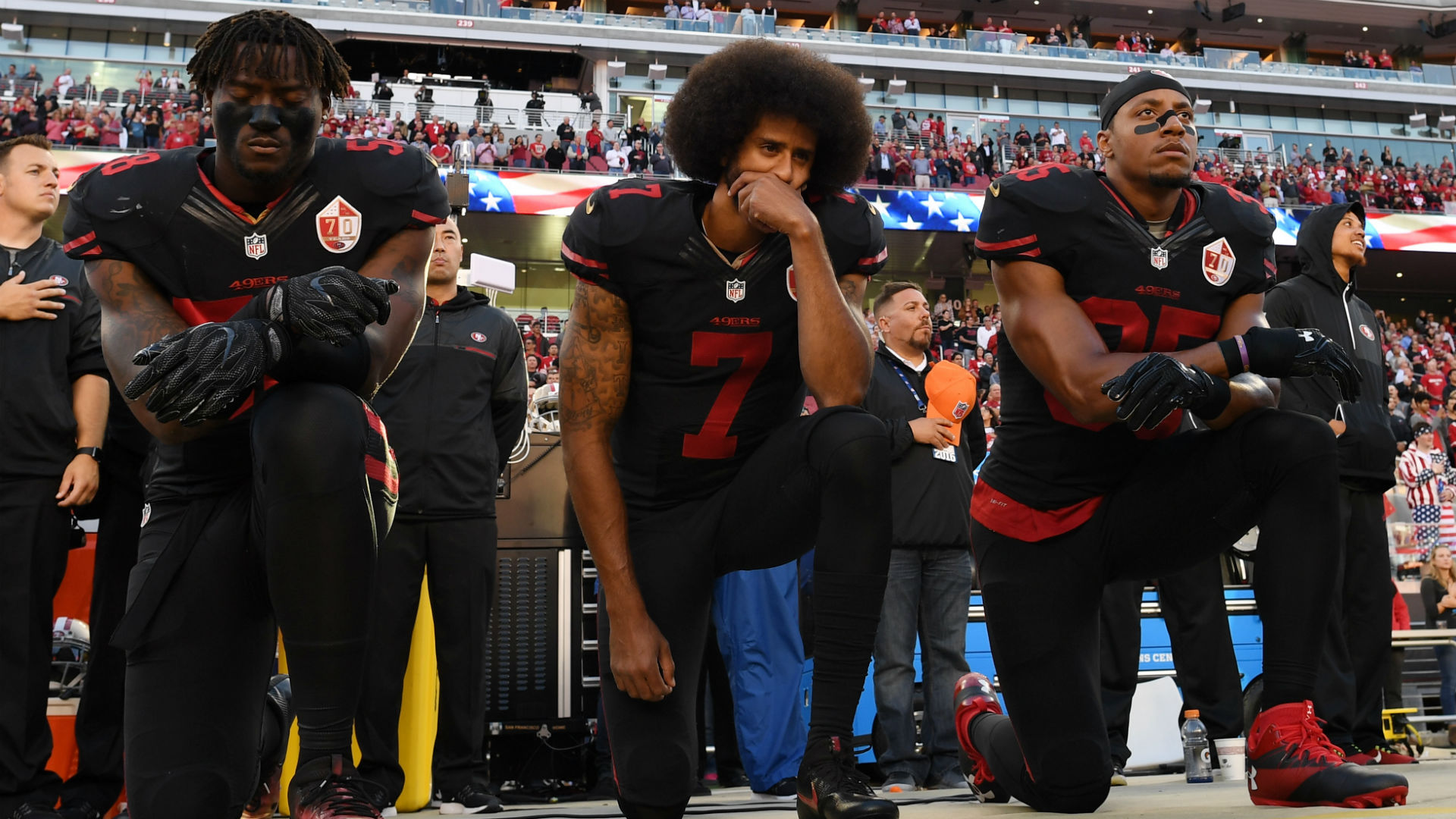 Nearly every sports team participated in Blackout Tuesday by posting a black square and otherwise stopping their social media activity for the day. The posts are in support of the Black Lives Matter movement following George Floyd’s death and the protests that are ongoing across the nation.

The San Francisco 49ers were one of the NFL teams that participated in the movement, posting across all their social media feeds. The team also darkened its Twitter profile picture in solidarity. However, the tweet was not entirely met with support.

MORE: Team considering Colin Kaepernick explains why they backed out

The 49ers were the last team to roster Colin Kaepernick following his 2016 protests during the national anthem. While Kaepernick technically opted out of his contract, the 49ers informed the quarterback they were planning to release him. Kaepernick became a free agent on March 9, 2017, and has yet to take another snap for any team.

Kaepernick first started his protest of racial injustice and police brutality in the 2016 preseason by sitting, then taking a knee during the national anthem before games. As he explained after the third preseason game, “I am not going to stand up to show pride in a flag for a country that oppresses black people and people of color. To me, this is bigger than football and it would be selfish on my part to look the other way. There are bodies in the street and people getting paid leave and getting away with murder.”

Because the 49ers parted ways with Kaepernick, many felt the team’s Blackout Tuesday post shouldn’t have been sent. The tweet was met with a number of responses featuring Kaepernick’s name or images of the quarterback taking a knee.

Hypocrisy: the practice of claiming to have moral standards or beliefs to which one’s own behavior does not conform; pretense.

This doesn’t mean a thing without taking responsibility and accountability for the mistreatment of Black people within your organization https://t.co/5PW3V8mOn3

San Francisco defensive end Nick Bosa also caught the eye of Twitter users as a response to the 49ers’ post. This wasn’t because Bosa was outspoken about the protests, but because users remembered some old social media activity from Bosa that surfaced during the draft process in 2019.

Bosa, a staunch supporter of Donald Trump, called Kaepernick a “clown” in a now-deleted tweet, with several other homophobic, xenophobic and racists tweets and Instagram posts coming to light before the 2019 draft.

By staronline@reachplc.com (Warren Muggleton) Police were called to boxing star Amir Khan’s house amid a bust-up – just as the family are filming for their new...
Read more
Sports

Ozzie Smith on Lou Brock: ‘You never saw Lou without a smile’