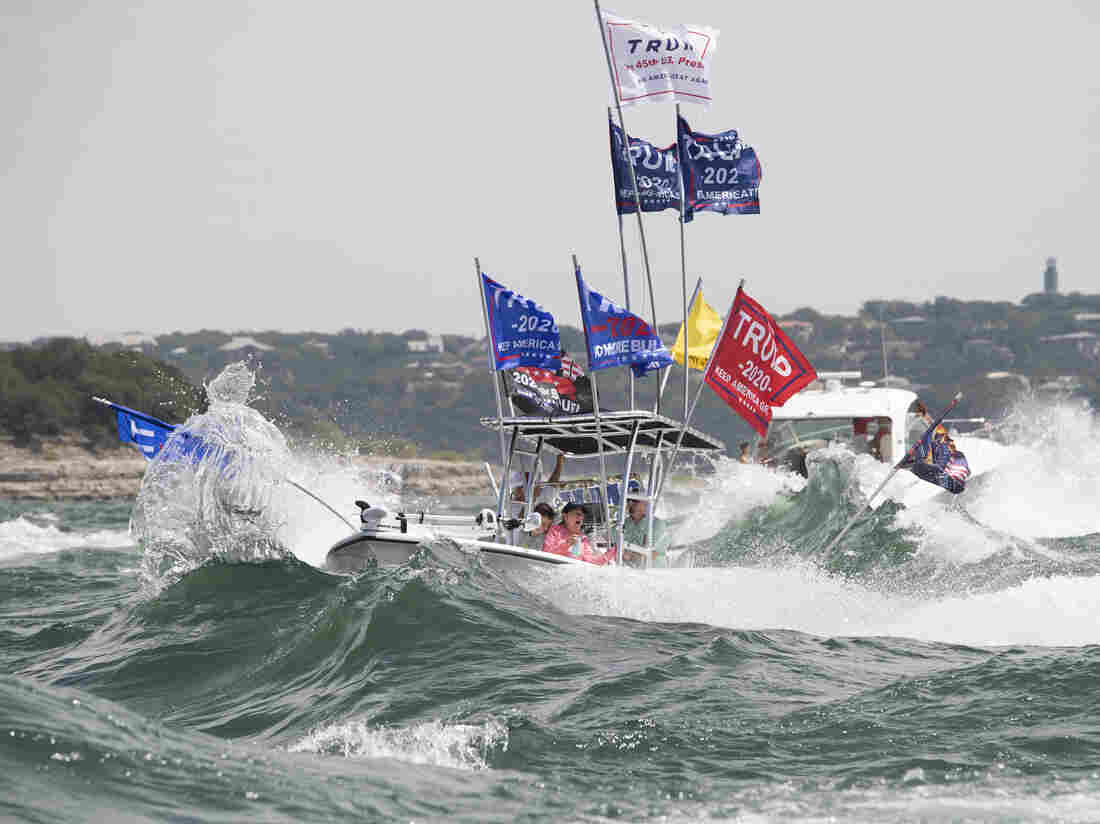 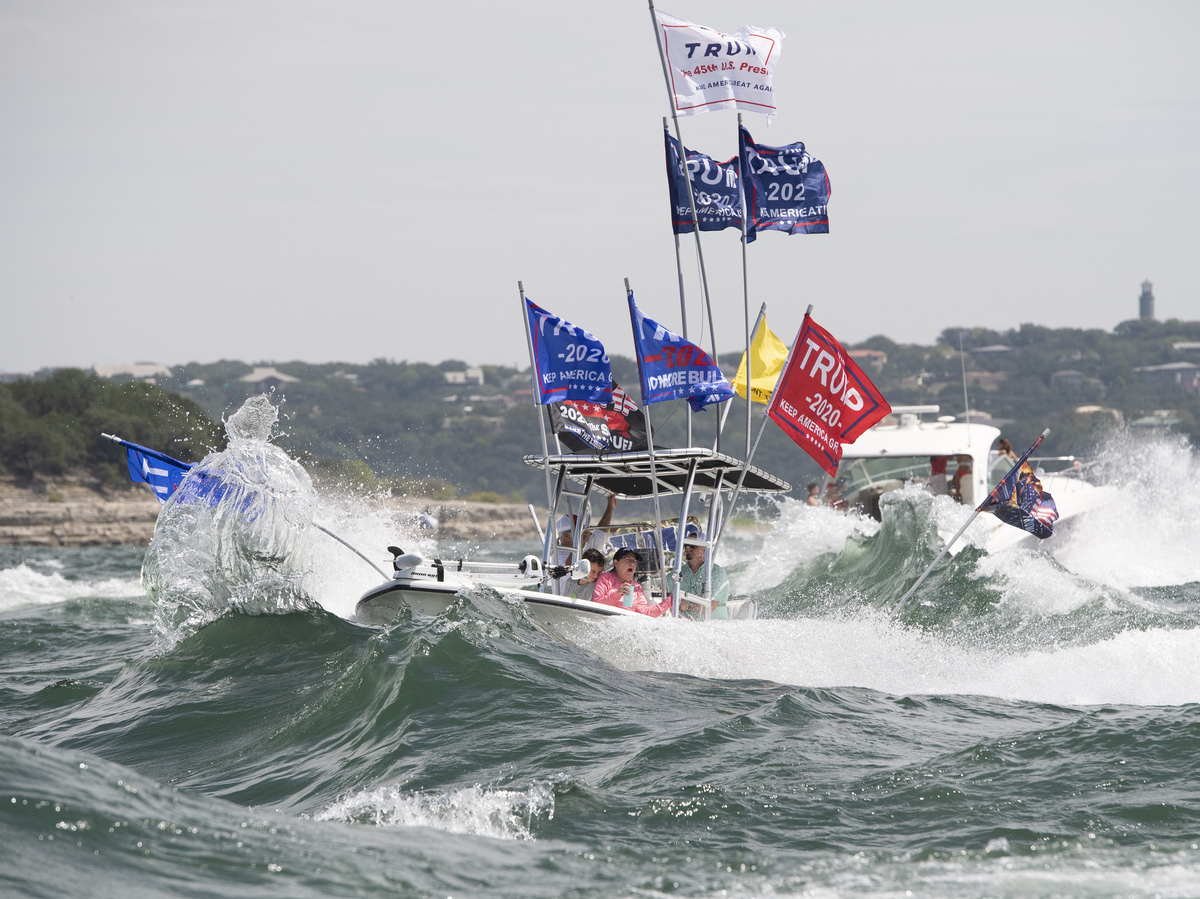 The weather was calm, the atmosphere festive. Which made it all the more surprising when several boats sank Saturday at an event put on by Trump supporters near Austin, Texas.

“Decorate your boats in patriotic colors and fly as many Trump flags as she can handle!” the Facebook page for the Lake Travis Trump Boat Parade encouraged. “Let’s really make a statement!”

The statement wasn’t what they intended. When the hundreds of boats started moving together, their wakes created unexpected turbulence. Before long, the Travis County Sheriff’s Office had received 15 distress calls. It received three more reports of boats taking on water from a local towing company.

Most of the boats taking on water were able to be towed before they sank to the bottom of the lake, the sheriff’s office said. Ultimately, five boats did sink during the event. Three of those were recovered, but two remained submerged Sunday.

There were no injuries among those who called for help, the sheriff’s office said. The office said it found “no evidence of foul play.”

One of the boats inundated with water was carrying several pro-Trump flags, including one with the message “Make the liberals cry again.” According to photographer Bob Daemmrich, that boat did not capsize.

Several pro-Trump boat parades took place over the weekend, including those in waters near Washington, D.C., San Diego, Erie, Penn., Gainesville, Ga., the South Shore of Massachusetts, Prescott, Wis., and in Lake Eufaula in Oklahoma.