A battleground haunted by the ghosts of 2016 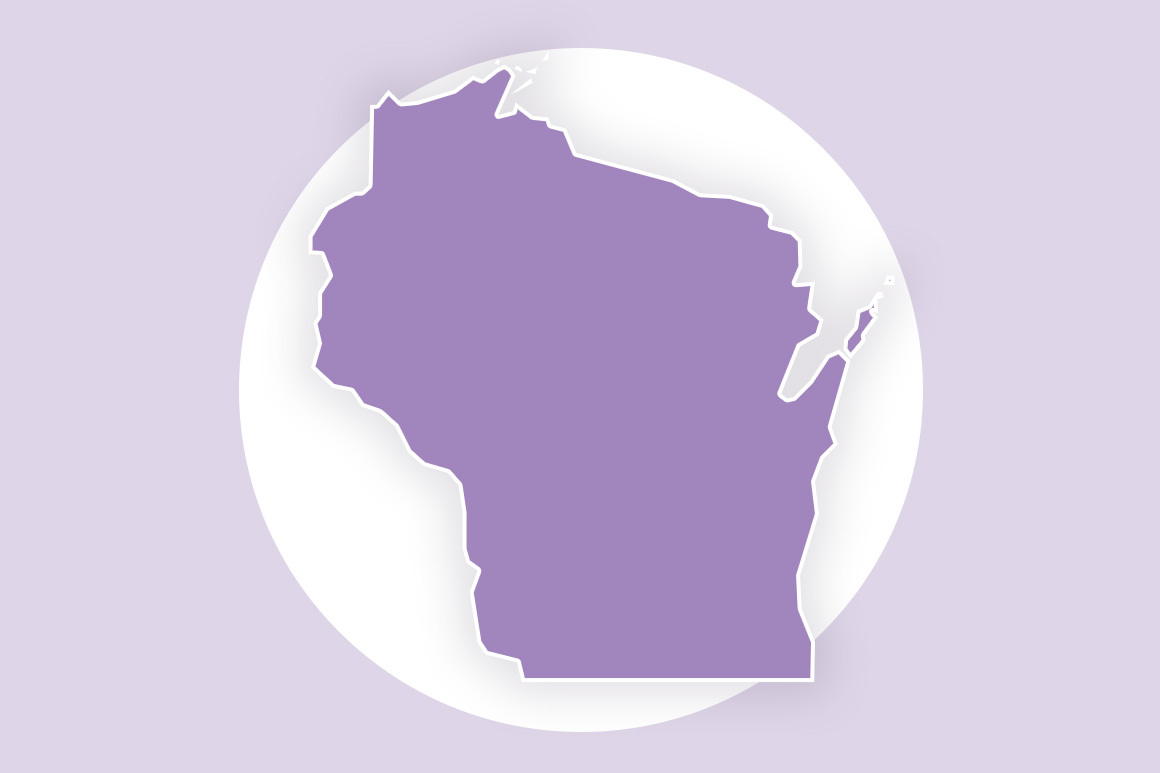 Trump, meanwhile, landed in Milwaukee during the Democratic National Convention, where Biden was supposed to accept the nomination before shifting his speech out of state due to Covid-19. At the moment, Biden holds a single-digit lead in most polls, according to the RealClearPolitics polling average.

“If I were Joe Biden, I’d be sweating bullets about a six-point lead right now,” Brian Reisinger, a Wisconsin-based GOP strategist said. “[Republican Sen.] Ron Johnson was down 10 points at this point in 2016 and won. These leads evaporate very quickly in Wisconsin … Just ask Hillary Clinton or [former Democratic Sen.] Russ Feingold.”

With the nation’s eyes on Kenosha following the police shooting of Jacob Blake, the year’s protests and riots serve as a central issue here. In June, unrest in Madison led to the assault of a state senator, damage to public buildings, as well as the tearing down of a statue (of a colonel who fought to end slavery) that was subsequently dragged into nearby Lake Monona.

Republicans figured the images rattled communities, and sought to capitalize on fears by airing TV ads of violent protests, casting Biden as an enabler of that behavior — a portrayal that local Democrats worried could ring true with pivotal swing voters if left unanswered.

Then, Kenosha happened. The images turned to rows of cars set ablaze, buildings reduced to rubble and people running through the streets with military-style rifles. “The crescendo hit with Kenosha,” former GOP Gov. Scott Walker says. “That was a big eye opener with people saying, ‘Hey, if it can happen here, it can happen elsewhere in the state.’ People were really put off not just by Biden, but by the governor. The president’s offer of help got a lot of people’s attention.”

It’s already putting to the test how both parties straddle the complexities of racial justice and public safety. Biden has accused Trump of fanning the flames of racism and marked his visit to Kenosha last week by visiting with Blake’s family — with whom Trump has not spoken.

Trump used his own Kenosha trip to meet with law enforcement and call out frustrations with the leadership of Gov. Tony Evers. Republicans hammered away with more ads concerning the unrest, betting persuadable voters will side with Trump’s “law and order” mantra. Biden responded by launching his own television counteroffensive denouncing violence, while pointing to Trump’s inability to talk about race.

Paul Soglin, former longtime mayor of Madison, the liberal stronghold and second largest city in the state after Milwaukee, said the images of violence and how leaders are handling it could determine the election.

“I can guarantee you that in the last 30 days of this campaign, we’re going to see a version of Willie Horton ads here in Wisconsin and all the swing states,” said Soglin, referencing the 1988 political ad aimed at stoking racial fears. “They’re going to be racist in their content and they’re going to play to the fears of swing voters.”

The Republican-rich, so-called WOW counties around Milwaukee will play an important role in deciding the winner. They’ve trended leftward since four years ago, though not enough for Biden to win any of them. Republicans are working to shore up their traditional strength with these voters by casting Trump as the outsider and Biden as the career Washington politician they’ve rejected in the past.

Walker, the former governor, points to the state’s mid-size industrial cities as places to watch. “[T]he Green Bays, the Kenoshas, Fond du Lac, Oshkosh, Manitowoc — those cities that are in the 60,000 to 100,000 [population] range, typically blue collar — but not large urban areas, not small towns.”

“Those are the areas I basically lived in when I was governor,” he says. “The other parts of the state will kind of flow the way they normally do.”

For Democrats, turnout is top of mind. In 2016, roughly 239,000 fewer votes were cast for Hillary Clinton than for Barack Obama in 2012. The drop off was scattered across the state, with hordes of white working class voters swinging to the right, says Charles Franklin, who heads the Marquette Law School poll.

“If I were Joe Biden, I’d be sweating bullets about a six-point lead right now.”

Franklin said many of those voters returned to the Democratic column in 2018. Still, it’s no guarantee of success in November: both Mike Pence and Trump have taken care to visit these swingy regions and court local voters.

Rep. Mark Pocan (D-Wisc.) said Democrats, by messaging against Trump, have addressed those losses. “In 2018, we had 93 percent turnout in Madison. We solved that problem.”

He also pointed to a surge in Democratic voting in the state’s April elections. “We had a test run in April on this. I think we will be in a good place again.”

The real question is whether the party is in a good place in Milwaukee. There was a nearly 20 percent dropoff in the Black vote in Wisconsin in 2016, much of that occurring in the city of Milwaukee.

Felesia Martin, vice chair of the state Democratic Party and a Milwaukee County supervisor, said African American voters have been disproportionately affected by the coronavirus and are frustrated by the state’s high unemployment. For that, they blame Trump.

“I believe those folks who may have stayed at home had given up. What I’m hearing now on the ground in Milwaukee, after 3 ½ years, the light has come on and they say, ‘My God, my voice does matter. I have to stand up.’”

“We should assume with how energized the Democrat base is, particularly around racial issues, that [Biden] is going to do better with the Black vote in Milwaukee,” Reisinger said. But, he added, “The thing about Democrats is they are very good about taking things for granted.”

Natasha Bertrand “I didn’t know about Moscow,” Trump said when asked whether he’d confront Joe Biden about the alleged payments to Hunter. “Three and a...
Read more