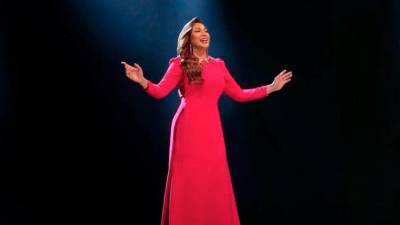 IN THE 1990s, the world was transfixed by the vocal prowess of international female singers Whitney Houston, Mariah Carey and Celine Dion.

On the local front, Ning Baizura, who made her debut in the music industry in 1992 , was lauded as our answer to these international divas.

With her vocal range and ability to move you with her singing, Ning quickly rose up the ranks to join the other heavyweights in the Malaysian music scene.

More than two decades later, Ning is still one of the most sought after local performers.

Ever since the movement control order (MCO) was declared this year, Ning has been busy, collaborating with Brian Yim on the song I Give The Best Of Me, working with 11 other artistes on Maxis #kitasapotkita campaign single We Will Make It Through and more recently, releasing a new single, Perwira.

“Since the MCO, things have been slow in terms of work, but I have been very active on my social media platforms,” said Ning, who took a few online courses to understand social media better, as well as how to use their advantages to greater effect.

“The Maxis #kitasapotkita song was an opportunity from Xeno Entertainment to broaden my horizons and to capture a bigger and a wider audience on social media platforms. So I am grateful for the opportunity.

“Perwira [developed] a few weeks ago when TV3 called me up about a special Hari Pahlawan project, and I jumped at the opportunity to record the song with, of course, the famous Aubrey Suwito and Ahmad Izham Omar (who co-composed and co-wrote the song). How can I say no to a beautiful song like Perwira?”

“A lot of fans have been giving a lot of positive feedback. They are so happy to hear something new from me. I am looking forward to meeting fans, and giving something positive and hopeful for them to enjoy, that is about our heroes.”

It has been a while since we heard a new single from Ning, whose last album came out in 2013. Ning believes that she overcame the challenges of staying relevant in the industry by “learning new things online”, which she balances with her real life efforts.

“It is tough to be able to still be relevant in this era of social media, but the secret is to have relevant content for engaging new and young viewers. That’s it, really.”

While many applaud her for singing, Ning has also been praised for her acting skills, as seen in films such as Malaikat Di Jendela, Muallaf, Magika and Cun.

“I guess there was no good scripts that came along. I just did Mahathir: The Journey, where I played the role of Marina Mahathir. I am waiting for that movie to be released this year, hopefully.”

She has also been a celebrity spokesperson for several causes. The big-hearted Ning says that she doesn’t focus on any single issue, preferring to support whatever requires aid or attention at the moment. Most recently, she helped raise funds for Zoo Negara.

With her actively juggling roles as a mother, an entertainer and a businesswoman, we wondered how she finds time for herself.

“I am Ning all the time,” she laughed. “I just crave being on stage so, so much right now! It’s so weird! I guess the MCO and CMCO have driven me … like, I just want to entertain people in a concert so much.”

It will be some time before things in the entertainment industry go back to normal, but Ning has plans to put out more content for her fans. “We have to figure out a way in this new normal to just adjust and try and give as much content and commercialised value based on this new normal.”