A fight over data infiltrates Trumpworld’s response to coronavirus 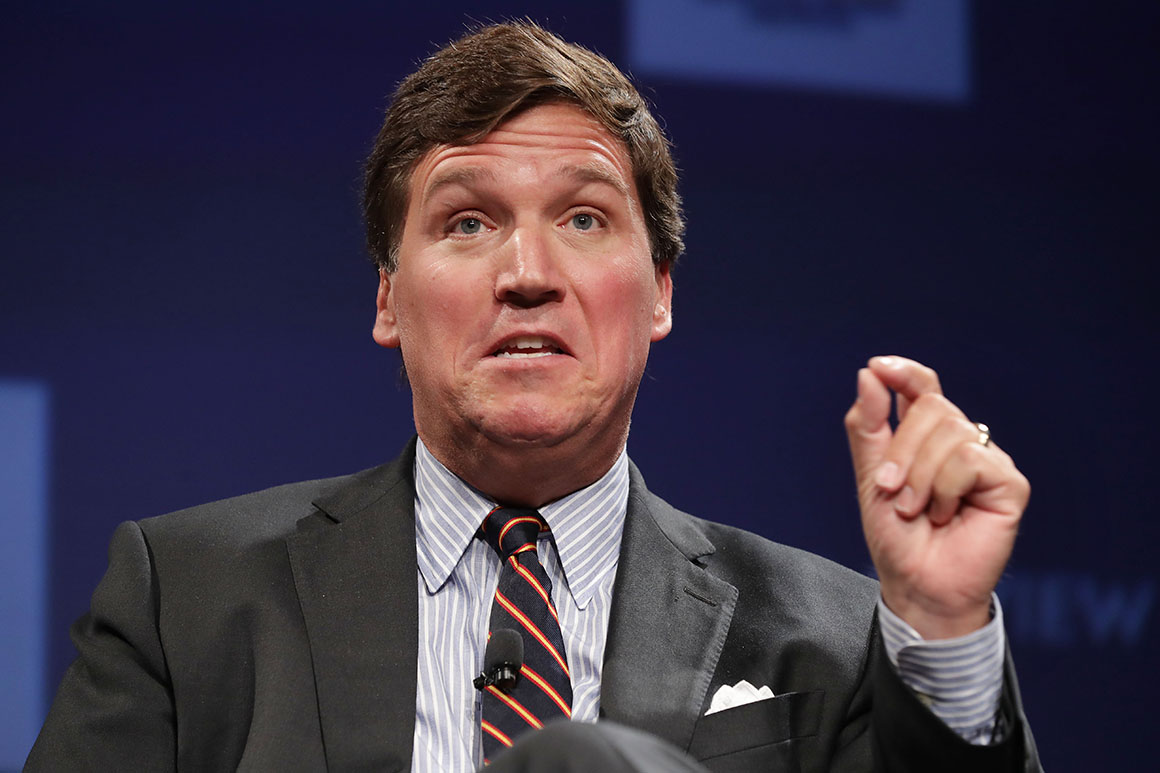 A new fault line is emerging in the nation’s polarized response to the coronavirus pandemic: The modeling used to predict its death count and spread.

But in recent days, as scientists lowered projections for deaths from Covid-19 — in large part, scientists said, because social distancing is working — influential conservatives began casting the data as evidence the virus was never really that bad.

"At this point, we should not be surprised that the model got it wrong,” Tucker Carlson said on Fox News, calling one model used by the White House “completely disconnected from reality.”

Brit Hume reminded his viewers that the models were responsible for a “total lockdown” of much of the economy that threw “millions of workers out into the streets.”

“COVID-19 Projection Models Are Proving to Be Unreliable,” read a headline Thursday in the National Review.

The advancing narrative is more than an academic lament, carrying significant implications not only for the debate over the reopening of the economy, but for the reelection of President Donald Trump. Democrats have pummeled Trump for his initial response to the pandemic and expect a cratering economy to work against him in November. In shifting blame to the models, conservatives are suggesting an alternative place to put fault.

“It is worth asking, is it not … would our response have been less damaging to the economy, and to the lives of all of you, millions of Americans, if we had had more accurate models from the start?” Laura Ingraham said on Fox, as the chyron beneath her asked, “Did flawed projections tank the economy?”

Philippe Reines, the longtime Hillary Clinton confidant, said, “They’re setting [Trump] up to be the hero on deaths, the victim on money.”

Disputes over data are common in American politics, coloring public policy disputes over everything from seat belts to vaccines and climate change.

But when the Institute for Health Metrics and Evaluation (IHME) at the University of Washington this week lowered its projections to about 60,000 deaths by August — a significant reduction from White House officials’ earlier estimates — it touched off a furious round of second-guessing.

“Everybody can benefit by playing the numbers game,” said Sean Walsh, a Republican strategist who worked in the Reagan and George H.W. Bush administrations. “And everybody does benefit by playing the numbers game. The president can say, ‘What I did worked and we had far fewer casualties and deaths by doing what I actually did. And then the Democrats can say, ‘Yeah, well, had we not acted earlier and shut everything down because the president refused to do that, the numbers would have been a lot higher.”

Last week, Trump administration officials had forecast that between 100,000 and 240,000 Americans could die from Covid-19, even if social distancing guidelines were followed. Still, administration officials even then said that number could be reduced if social distancing measures proved more effective than expected. Scientists have widely attributed reduced death toll estimates to the effectiveness of those measures.

“Let’s just be frank,” said Jeremy Konyndyk, a senior policy fellow at the Center for Global Development and former Obama-era foreign aid official. “There’s some real disingenuousness behind some of these critiques … It’s a little bit like the logic of the anti-vaccine movement … which is, no one gets measles anymore, why are we all still taking the silly vaccine?”

In the case of the coronavirus, he said, the reason “we’re not seeing the worst-case projections from these models” is that “we took all these measures to avoid the worst-case outcomes.”

Statisticians often say that all models are wrong, but that some can be useful, an aphorism that has been imprinted on the American public amid the coronavirus pandemic. The IHME model is not perfectly predictive. And amid the hodgepodge of models used by states and local public health agencies, other forecasts envision gloomier outcomes. In addition, many public health officials worry about a second wave of infections once the economy reopens — and a spike in cases if that happens too soon.

“It’s called science,” said Georges Benjamin, executive director of the American Public Health Association. “And it’s called dealing with a brand-new disease, which you have absolutely no knowledge about. And people are learning on the fly.”

Scientists say models have been limited by the scant availability of data with a fast-moving virus, and from weak testing and surveillance in the United States — what Benjamin called the efforts’ “Achilles’ heel.”

“The more people politicize this,” he said, “the more trust they ruin, the less trust people have and the harder it will be to do the next time this happens.”

For political purposes, casting doubt on coronavirus modeling may be beneficial for Republicans, who polls show are less likely than Democrats to trust scientists. According to a Pew Research Center survey last year, fully two-thirds of Republicans and Republican-leaning independents say scientific experts are no better than other people at making science policy decisions.

And the coronavirus response, despite bipartisan efforts to provide economic relief, has been viewed differently by many Democrats and Republicans. The eight governors who have yet to impose statewide stay-at-home orders are all Republicans, and conservatives have been more impatient to re-open the economy. News of ventilator surpluses and lower-than-expected hospitalization rates in some cities and states have become a rallying cry for the exasperated right.

After the Pentagon said the military-run hospitals at the Javits Center and on the USNS Comfort in New York are sitting mostly empty, Ari Fleischer, the Fox News contributor and former George W. Bush White House spokesman, said on Twitter on Thursday, “How can this be? For weeks, Gov Cuomo and Mayor de Blasio said NYC hospitals were overwhelmed and the staff could barely keep up. CNN shows a hospital in Queens that was a combat zone. NYC got the Federal help it needed. Why aren’t they using it!?”

In the Wall Street Journal, James Freeman, assistant editor of the paper’s editorial page, noted revised death toll estimates were similar to that of the flu, reprising a conservative refrain from early in the pandemic’s spread.

And after Scott Gottlieb, a former FDA commissioner, laid out a process to gradually re-open the economy after increasing testing capacity, Doug Stafford, an adviser to Sen. Rand Paul (R-Ky.), who was the first senator to test positive for coronavirus, said on Twitter, “I can’t even with this technocrat ivory tower bullshit. 16 million unemployed and counting. 6 Trillion in new spending, all out of thing [sic] air. And a clueless public health aristocracy refusing to admit their models and mileposts have been wrong, badly and repeatedly.”

Frank Luntz, a veteran Republican consultant and pollster, said in an email that “there are some Trump supporters who think the modeling was simply a ploy to attack Trump, and that the reduction in expected deaths is an ‘I told you so’ moment for them.”

But he said, “The fact that Dr. Anthony Fauci is by far the most popular, credible figure in this crisis tells you that people from both parties are paying attention to the modeling.”

Even in the furthest reaches of the conservative atmosphere, there remains some caution in crossing experts in public health.

When Alex Berenson, the controversial former New York Times reporter, said on Fox News this week that “kids, children, almost anybody under 30 is at no risk … no serious risk from this virus. I’m not saying that it can never happen,” Sean Hannity interrupted, “Whoa, whoa, whoa."

That assumption, Hannity told him, had changed.

Robert Kaplan, a former chief science officer at the Agency for Healthcare Research and Quality in the Obama administration, said that of the full effects of the coronavirus, “We’ll know a lot about it in about three years, when we look at it retrospectively.”

For now, he said, “The models are continuously getting revised based on new data.”

He said the best explanation for projected coronavirus deaths coming down is the “really aggressive political intervention in states like California,” which was the first to implement a statewide stay-at-home order.

Still, Kaplan said he expects that “there are people who are going to say that, in relation to other pandemics, this is nothing … I worry about the spin that is going to start here.”