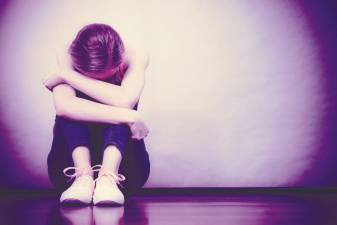 SUICIDE is a subject that should be addressed regularly, and not only when it involves a celebrity or when it makes news headlines.

We have heard of people being driven to suicide due to various reasons, ranging from depression, bullying or even a broken heart. They could be strangers, or friends or a loved one.

That is why it is important to observe World Suicide Prevention Day, which takes place today.

One group that is willing to listen to your problems and give you a shoulder to cry on is Befrienders Kuala Lumpur, a non-profit organisation which provides emotional support 24 hours a day, seven days a week to people who are lonely, in distress, despair, or have suicidal thoughts.

According to Befrienders Kuala Lumpur’s publicity director Ardy Ayadali, in 2019, the total contacts (phone, email and face-to-face) received was 36,154, and out of this, around 34% have suicidal thoughts, or have attempted suicide before. From January to July, the total was 21,863, with around 40% reporting being suicidal.

Since the Movement Control Order was announced on March 18, Befrienders has noted an increase in calls related to the MCO/ Covid-19.

Ardy said: “In the first two months, 30% of those who called in talked about issues related to the MCO/Covid-19, and out of this, 32% were thinking about ending their lives.”

Other than their telephone services, Befrienders can also be reached via email, a service that started in 1997.

“When we first started [emailing], we were one of the few in the world [that did so] and most of our contacts were from overseas. Over the years, the number of emails we received has grown tremendously, as more people find it easier to write in rather than talk about their problems over the phone.

“We also noticed that writing is more popular with the younger generation, with more than half of the total number of emails we receive coming from those under 30.”

He added that all of Befrienders’ volunteers have to go through a selection interview process and training before being put on duty. The process can take up to six months.

Not only do they help those facing issues that could drive them off the edge, they also provide guidance for people seeking help for someone close to them.

“There are many out there who have loved ones or friends who are going through difficult times and are contemplating suicide. For calls of this nature, we normally will befriend the caller, and ask them to encourage their loved ones to call us for help.”

Ardy says: “It is extremely important that we do not jump to conclusions and judge them. Those who are contemplating suicide are going through intense pain, and all they can think about is ending that pain, any way possible.

“Being there for them helps. [We must] offer them our unconditional support by listening to them and not giving judgment or [unwanted] advice. Don’t criticise or blame them, instead empathise with them, and give them a safe space to talk about their problems.

“Most importantly, encourage them to seek help that they are comfortable with, [whether] from a doctor, a counselor, or NGOs such as the Befrienders.”

Ardy said that Befrienders does not make house calls, but for certain high-risk cases, they do follow-up calls to check on them.

“For those who have attempted [suicide before], and called us because they wanted help, we would call the relevant authority (in most cases an ambulance) with their permission.

“When there is awareness, and by destigmatising suicide, those who are suffering will be more willing and ready to seek help, and this will in turn, help to prevent suicide.”