A gap in federal unemployment benefits is now unavoidable. Here’s why. 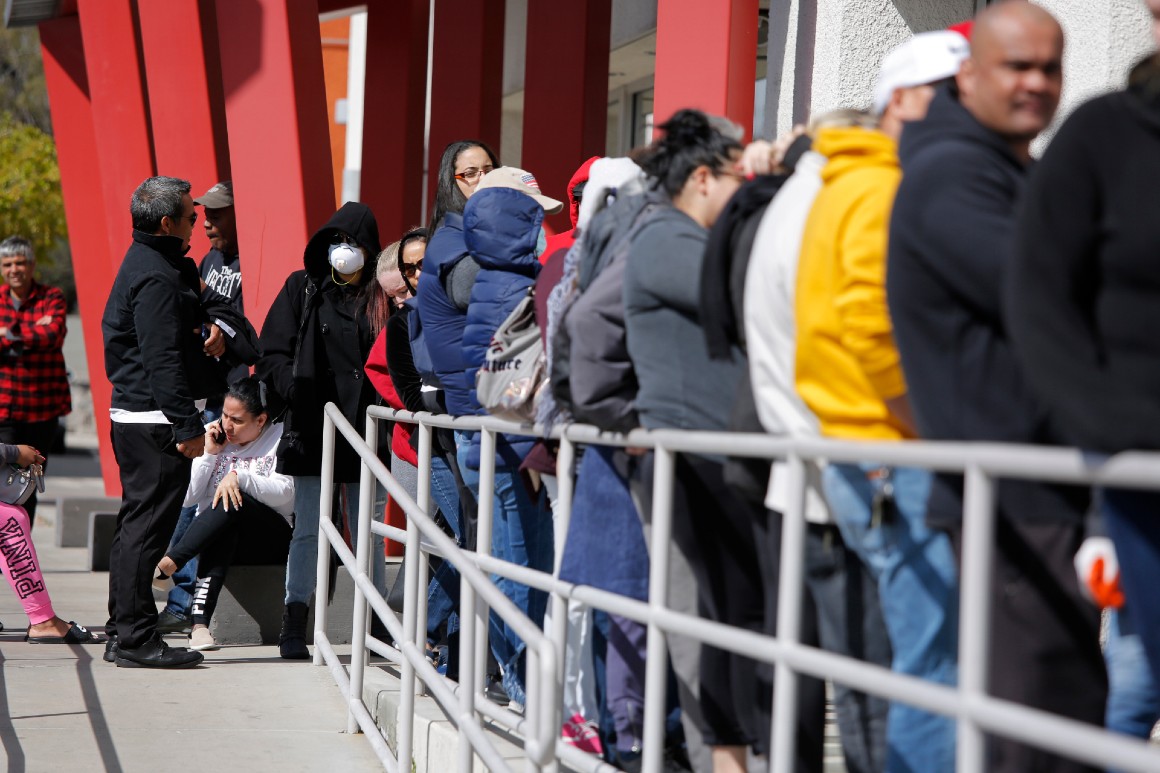 “In some states, it could take quite a bit of time, and it could cause severe delays,” said Arindrajit Dube, a professor of economics at UMass Amherst. “This is the kind of thing you don’t try to change in the middle of a pandemic.”

Virtual health care has surged during the coronavirus pandemic. Will it last? We delve into how the virus could change the future of medicine.

The debate over jobless benefits in Washington is happening as the number of workers applying for aid has started to trend upward. New unemployment claims rose to 1.4 million last week from 1.3 million the week before, the Labor Department reported Thursday, ending 15 weeks of consecutive declines in new applications. More than 30 million Americans are currently on jobless rolls.

A gap in the federal program could be devastating for laid-off workers, many of whom are on the verge of eviction and are already behind on their bills. The $ 600 federal check comes on top of workers’ normal benefit payments which average around $ 340. The weekly benefit amount varies by state, and is as low as $ 235 per week in Mississippi.

“I know my clients are really fearful that they’re going to have a deluge use of bills that are going to become due very quickly, and that $ 600 supplement was really critical to ensuring that they could meet those bills,” said Tori Dempsey of Legal Services of Eastern Missouri, which offers free legal services to low–income Americans. “Without it, and without any prospect really returning to any sort of secure employment, it’s really unnerving for a lot of them.”

Dempsey said that while some of her clients have been called back to work in recent weeks, their shifts have been reduced to one or two days a week.

“The work just isn’t there for them,” she said.

It’s unlikely Congress will act before Saturday, but even if they do, states have already prepared their systems to cut off the benefits. Republicans want to cut the amount or change how benefits are calculated to prevent workers from making more money on unemployment than they did at their jobs. Democrats are insisting on maintaining the benefit as-is.

The GOP’s next relief proposal is expected to include a temporary flat payment for unemployment insurance for two months, but the final details have not yet been released.

President Donald Trump this week said another approach could include capping benefits at 70 percent of a worker’s prior wages. Treasury Secretary Steven Mnuchin, who has been working with Republicans on the next package, also confirmed that plan on an interview on CNBC Thursday morning, and defended the cost of relief efforts so far, arguing the aid prevented unemployment from rising even further.

People familiar with how state UI systems work say a program like the Trump administration is suggesting would take months to implement.

Any changes could create an accounting disaster for the state systems, which are still struggling to keep up as the number of new workers applying for unemployment benefits each week remains at nearly two times the peak seen during the Great Recession.

More than one million new unemployment applications have poured into state agencies each week for 18 straight weeks, piling onto state backlogs. Across the country about 10 to 15 percent of applications are still waiting to be processed, said Andrew Stettner, a fellow at the Century Foundation.

Hundreds of laid-off workers from Alabama to Oklahoma made headlines in recent weeks as they resorted to camping out in front of unemployment offices, demanding payment.

In Nevada, some workers have been waiting on their unemployment checks for months.

Rhea Gertken, an attorney with Nevada Legal Services, said her clients call the unemployment hotline first thing in the morning, and within minutes, the number of claims that can be processed that day has been reached.

“Say someone calls in at eight o’clock in the morning. Almost immediately, what they’ll get is a recording that says the queue is full for the day, call back later,” she said.

There also are problems with the pandemic unemployment assistance program — a payment created by Congress to send jobless aid to workers ineligible for traditional unemployment benefits, such as gig workers.

Nevada was the last state in the nation to set up its PUA program and Gertken said there’s also been confusion over whether workers should file for unemployment or through the pandemic unemployment assistance program, leading to even more delays.

This week a Nevada judge ruled that the state unemployment office must start paying benefits to some out-of-work gig and independent workers who qualified but haven’t received payments.

The state’s Department of Employment, Training and Rehabilitation, the agency that administers unemployment, didn’t respond to a request for comment.

Once workers finally receive their benefits they’re “beyond grateful” and “relieved,” Mansouri said, “However, at this point, they may have already lost their home, their car may have already been repossessed. A lump sum payment coming in doesn’t necessarily resolve recurring expenses that need to be paid in a timely fashion.”

Washington state is still so overwhelmed with new unemployment claims that it has resorted to completely shutting off its phone system except to those who need accommodations for disabilities or because they don’t have internet access.

A spokesperson for Washington’s Employment Security Department said the agency instead focused the bulk of its agents on “making outbound calls to claimants.” ESD said that it began accepting inbound calls again earlier this week.

In Texas, it can still be difficult to just file a claim, said Karen Miller, executive director of the Texas Legal Services Center. Just this week, one of her clients called from 1 p.m. to 7 p.m., every thirty minutes. That person was never able to get through, she said.

Miller also said many of the low-income workers she advises don’t have access to a computer, and have trouble applying through their phones. Before, she’d send the workers to public libraries, but they are now closed due to the coronavirus.

The timing of the lapse in the $ 600 federal payment couldn’t be worse, she said, as it coincides with the moratoriums on eviction expiring.

“That’s the kicker. Eventually, in Texas, tenants have to be able to pay their rent and so if there’s too much of a delay in that benefit being there, they’re really going to suffer,” she said.

Kellie Mejdrich contributed to this report.