A man of many talents 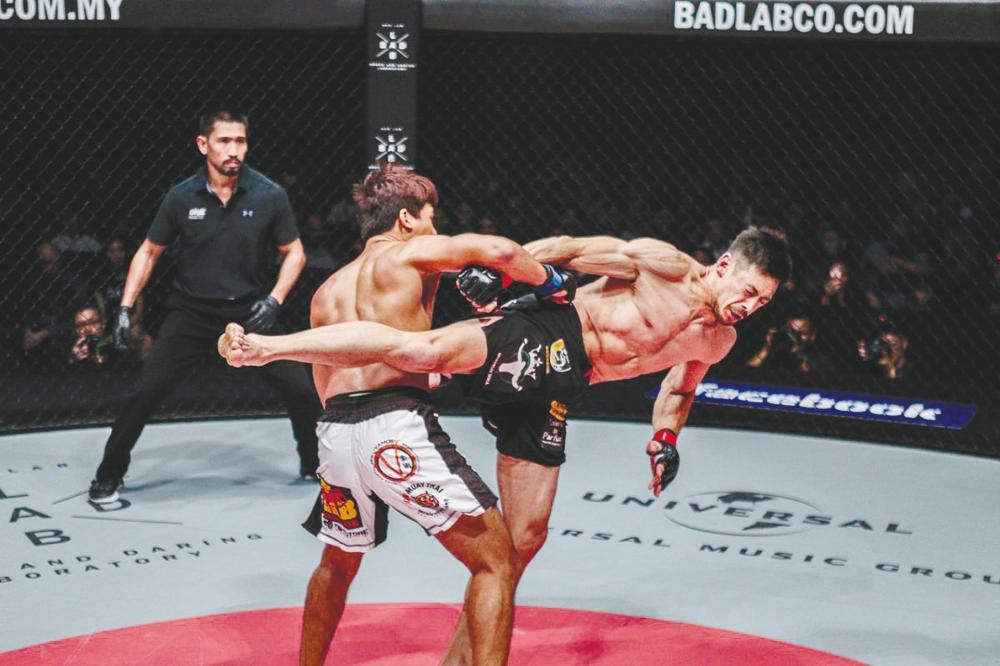 Before moving to Malaysia, the 39-year-old was involved in the London financial industry, until the 2008 global financial collapse changed his position in life.

“I had a good job, I stayed in the same place for three years, I had a car and other small things. Everything ended at pretty much exactly the same time. I was a bit depressed really,” he said.

After a friend told him to come down to Malaysia, Davis tried his hand at modelling, and ended up quickly rising to the top as one of the top male models here.

It made sense to stay on, as he was living the dream and did not quite want to snap out of it. According to Davis, the pieces fit together at the right time.

“Modelling was what really kept me here, with all the experiences that it brought around Southeast Asia.”

From numbers to cage fighting

Around ten years back, Davis felt that his career seemed a little stagnant, and when an opportunity for something different came up, he grabbed it to add some spice to his life.

What opportunity? To fight in MMA.

Even before Malaysia, Davis was involved in MMA fights back in the UK while he was still in finance.

“At that time, I had a lot of students I was teaching, and I felt that it was right to prove to them that what I was teaching actually worked.

“I jumped into One Championship after having a couple of fights in the Malaysian Fighting Championship. The rest is history.”

Davis is also involved with acting, having featured in a few films since 2009, and though he is passionate about it, he admits that the opportunities there are slimmer.

“There’s slim pickings, especially in the English language. If I don’t brush up on my Malay, or I don’t do Mandarin and Cantonese stuff, it’s not plentiful. But yes, I have been doing a whole bunch of different films that I enjoy.”

As MMA fighters often start with one form of martial arts, Davis’ was kung fu, which he learned from his Malaysian master whom he met in the UK.

He has been practising it for about 19 years, although when he began learning it, Davis did not think he would eventually be spending so much time in Malaysia.

Though he already has his hands in several things, Davis had been thinking about jumping back in the cage for an April card for ONE Championship.

“I wanted to give them a call to say I was interested as I had just come out of a BJJ (Brazillian jiu-jitsu) tournament where I got two golds and a bronze. I was in pretty good shape, because I just did the competition and I trained for that.

“Then the Covid-19 thing completely stopped everything,” he says, laughing.

Though he is pushing 40, Davis feels he is fitter now compared to how he was 20 years ago. Yet at the same time, he attests that the current lockdown has had an adverse effect on his fitness. It is a sentiment shared by many in the fitness field as a whole.

“I could be more mentally driven to stay in shape and be fit during this time. I don’t mind running but we’ve been stuck inside for so long,” he says.

“Like I aim for 100 push-ups and I get to about 60, I might not feel the urge to keep pushing until it is completed 100%. Whereas for cycling, I’m able to focus until it is over, and that’s why I love it so much.

“That’s been taken away due to the movement control order. I haven’t had an outlet to do that sort of cardio.

“My fitness level without a doubt after 30 days has dropped off a cliff. Physical strength has dropped and my cardio has fallen off completely. I’ll be starting from what feels like zero.”

On top of modelling, acting, fighting and teaching martial arts, Davis is also married and a father of two, but unlike most, he does not think that his focus and goals have necessarily changed, even if he now has the added task of providing for his family’s needs.

As both his kids are doing taekwando, fitness remains a crucial part of Davis’s life. “It’s something I really enjoy as a way of life. I don’t do private fitness classes. I just teach my kung fu classes. It’s sort of a community thing,” he says.

Though he deftly evaded speaking about projects that are currently in the pipeline, Davis disclosed that he has a couple of movies coming out this year, and a few that were supposed to be filmed later this year, but noted there may be delays.

“It all depends on what happens once we come out of this tunnel we’re in.”

By WHEN Malaysia was first introduced to Ashwin Nair (or Ash), he was one of 11 aspiring finalists on season 2 of Malaysian Idol (2005)...
Read more