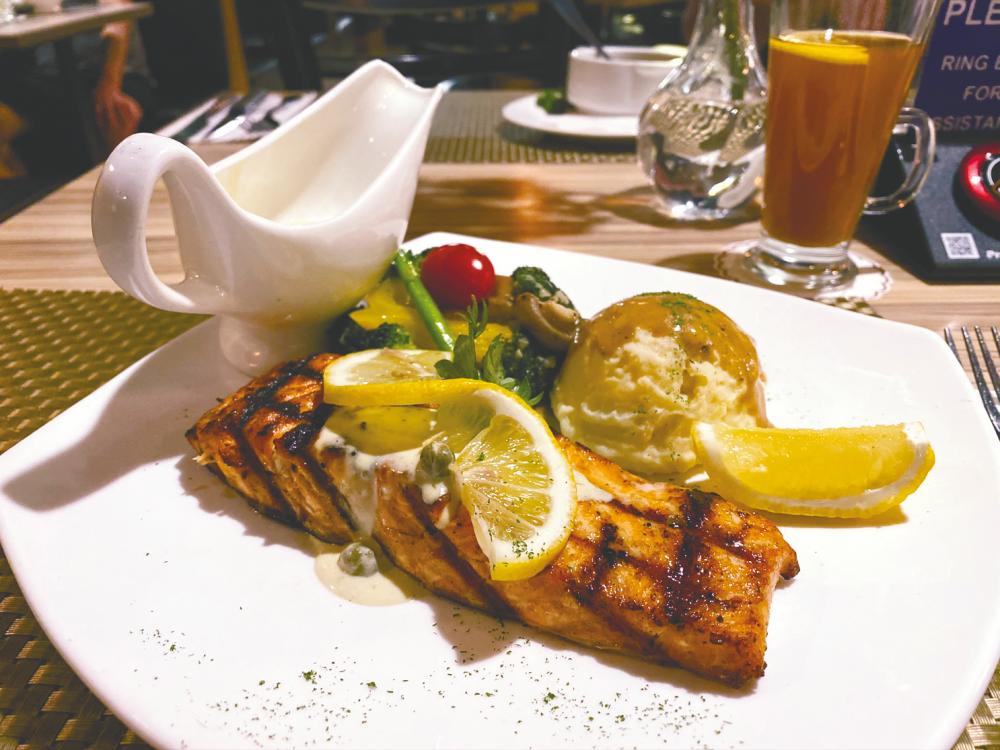 YOU may not know the name Alan Quah, but you have undoubtedly seen his work. The Dark Souls comicbooks, the Godzilla graphic novel from 2014, and those superhero statues from Royal Selangor are just some of Alan’s handiwork.

Quah is a comic artist, a Malaysian, and he has drawn for some of the biggest names in the business like DC, IDW, Dynamite, Legendary, Darkhorse, Line Webtoon, Titan Comics, Valiant, and Zenescope. Known for his dark, detail-rich, and hyper-realistic artwork, it is no surprise that Alan’s labour has graced the pages of Batman, Nightwing, and Red Sonja, among others.

We met up for dinner at MeatPoint, a halal steakhouse that prides itself in serving a wide range of meats including wagyu, Black Angus, grain fed, and lamb, to name a few. No, this place is not for vegetarians. However, there is a salmon option.

I first met Quah on the convention circuit almost ten years ago. Back then I only knew of him as the go-to guy for Batman commissions. He is a friend of a friend who is also a comic artist. Little did I know that he is a legend within the comicbook artist community.

“I started back when I was at school,” Quah began as he revealed his own origin story in art.

“I was the go-to guy when the teacher needed some art done. The teacher would buy manila cards for me to draw on. They would then be used in class as a teaching aid. I guess even back then they saw something in my work,” he added.

We continued to chat over green tea and lemonade as we waited for our dinner.

Our conversation steered into Quah’s Instagram page (@quahkm). This is where he shares a lot of his ‘sketches’. I put sketches in quotation marks because by reasonable standards they are not sketches, they look like fully developed artwork, both intricate and beautiful.

“I’ve got no other word for it,” explained Quah. “These are pieces that I do in my free time, in an hour or less. They are not as detailed, and I do not take as much time with these sketches as I do my actual work.”

All good things take time, and it is no different at Meat Point. It would be funny how two friends who are not into steaks ended up at a steakhouse, if it were not for the fact that the sauteed mushroom and caramelised onion burger here is delicious.

The price tag is a little intimidating, but, if you are hungry, this double patty delight cannot be beaten. It is one of the best burgers I have ever had. The bun is plain, but the rich and well-prepared patty combined with the savoury and spicy condiments made for a hearty treat.

That said, I was feeling adventurous, and decided to try the steak and cheese sandwich instead. It is a slightly pricier option, compared to the burger, but I was not disappointed. The cheese covered marinated ribeye steak is scrumptious.

One tip though: eat your burger and sandwiches while they are still hot, while the meat is juicy and the fat still flows free. We learned this first hand because we ate very slowly while we continue to talk about Quah’s recent projects: variant comic book covers.

These are unique comic book covers commissioned by retailers, with permission from the publishers. They feature the work of an approved artist, sold exclusively by a retailer and are limited in numbers.

“They are different from blank covers. The idea behind those is that a fan can approach the artist that they like, and can afford, and immortalise their work on a book that they like,” explained Alan.

“At the same time, people got tired of prints (of artwork). They keep it in a file and leave it unappreciated. That is how the comic variant cover came about.

“It occurred to fans that why should they buy a print, when they can get a variant cover instead. That was the start of the trend.”

Not a man who shies away from stepping out of his comfort zone, Quah’s most recent work includes the jaw-dropping exclusive variant of Transformers vs Terminator #1 by IDW and Dark Horse, the astonishing exclusive variant cover of Decorum, to name a few. You can see them all on his Instagram page.

We ended the night in agreement that we would patronise the eatery again –considering the current situation, perhaps through Grab Food or Foodpanda instead.