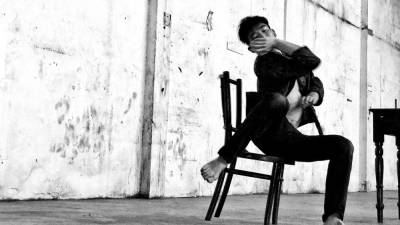 BEHIND every dance performance, there is a choreographer; a dance visionary setting the pace for expressive forms and thematic intention.

Dance falls largely under two schools of thought – the modern and the classical. Like many others, Liew studied multiple traditional dance forms such as Chinese, Malay and Indian dance during his formative years at the National Academy for Arts, Culture and Heritage (ASWARA), and subsequently at Folkwang University in Germany, where he graduated with a Bachelor’s and Master’s Degree.

Liew focuses a great deal on perfecting techniques – in the way the legs kick in the air, or how the body twists in an exact degree. He is currently aiming to invent an ingenious dance language.

During his recently completed artist residency programme at K3 Tanzplan Hamburg, Liew thought about his dance practice in more discursive and conceptual terms. He researched the symbiotic relationship between traditional and contemporary dance, while questioning the techniques that he was taught.

Liew explains: “There is always a way to deconstruct a dance technique to find a universal language.

“I had to look back in order to move forward. Prior to this, I refused to apply traditional dance as a movement quality, because it’s in the contemporary mindset that I have to hammer out a new style.

“Then I realised I don’t have to be rigid. I just need to be aware of the movement quality that I’m fond of, and the framework of either formal or informal dance language if I were to choreograph a dance piece, rather than being exclusively reserved and strictly adhering to a particular discipline.

“I’ve been asked why am I so obsessed with traditional dance … perhaps it’s in the hand movements and gestures that may be considered Asiatic.”

At the end of the residency, Liew presented an analytical research dance piece, Kampung Baru (New Village), in an attempt to build a new contemporary structure out of the many traditions housed in his own body.

“In each rehearsal, the meaning for both were constantly shifting and ever-changing. So by fusing both traditional and contemporary dances, do I have to be disciplined, or am I allowed to be free?” he asks.

Liew’s latest work, Continue, is a dance trilogy made up of Tongue, Triangle and Touch, exploring the significance of individual and collective human nature and behaviour.

The first act Tongue, co-choreographed by Liew and his partner Jascha Viehstädt, unfolds with three dancers (Liew himself, James Kan and Lu Wit Chin) in a helpless state of constant floundering as they explore what it means to communicate.

Liew explains: “Tongue has been a long time coming. It’s a dream for us to be reunited in a dance piece after parting ways years ago. James went to Taiwan and Korea, Wit Chin went to Hong Kong, and I went to Germany; our lives and dance approach have significantly evolved over time.

“Interestingly during the process, we were also questioning what is contemporary dance in Malaysia, given its relatively small scene with even less opportunity to explore and grow.”

However, the second act Triangle remains unreleased due to insufficient funding. Liew had initially planned to enlist the same three dancers in all three acts but alas, Triangle consists of only two dancers.

“Yet, it posed an entirely different question about human nature and behaviour, it emphasised the need for a third party or medium to connect them. For example, in this instance, the third medium is this platform, Zoom for us,” he adds.

The third act Touch was slated for premiere this April at the Theater im Ballsaal, following a tour in Malaysia in July, but was put on hold due to the Covid-19 pandemic. Touch has been developed into a digital dance piece, and will be integrated into future live performances.

The multidisciplinary performance combining movement, sound and moving visuals explores the meaning of touch. It hints at subtle sexual undertones, while examining the necessity and possibilities of touching oneself through physical metaphors and symbolic cues.

The three element of the act – Viehstädt as the performer, Ng Chor Guan as the thereminist, and the open stage as the platform – serves as a form of interpersonal communication amongst all three parties.

Truth be told, the online mode of consumption may have provided solutions, but it doesn’t adequately represent the situational context, neither can the virtual space contain it nor aesthetically enhance it.