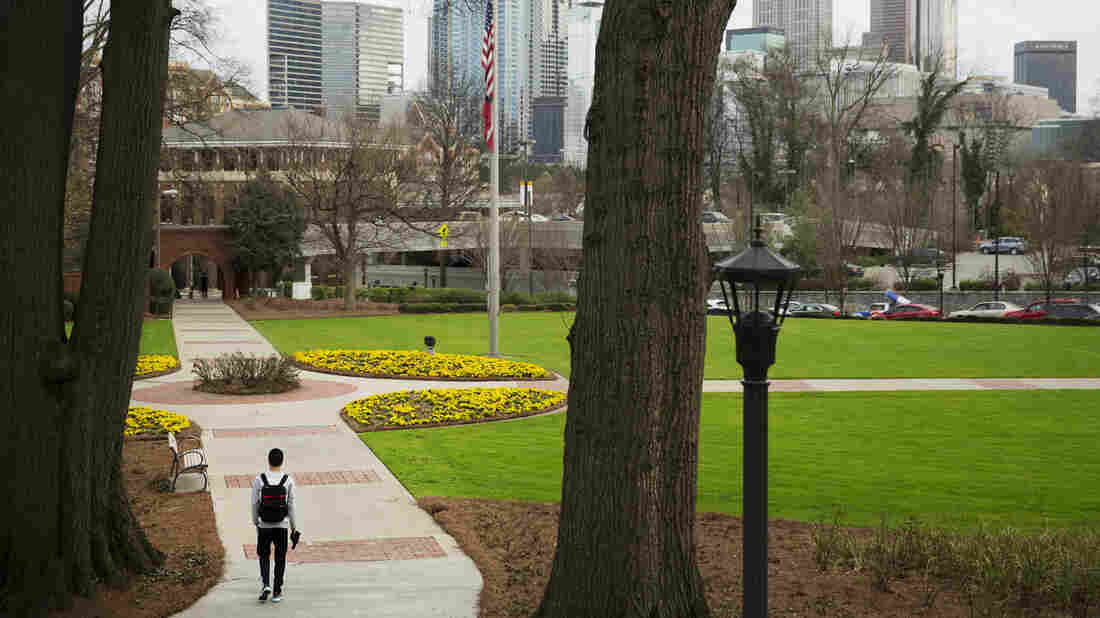 Georgia Tech, pictured in 2016, will be holding some in-person classes in the fall. Faculty are upset that face coverings will not be mandatory. David Goldman/AP hide caption 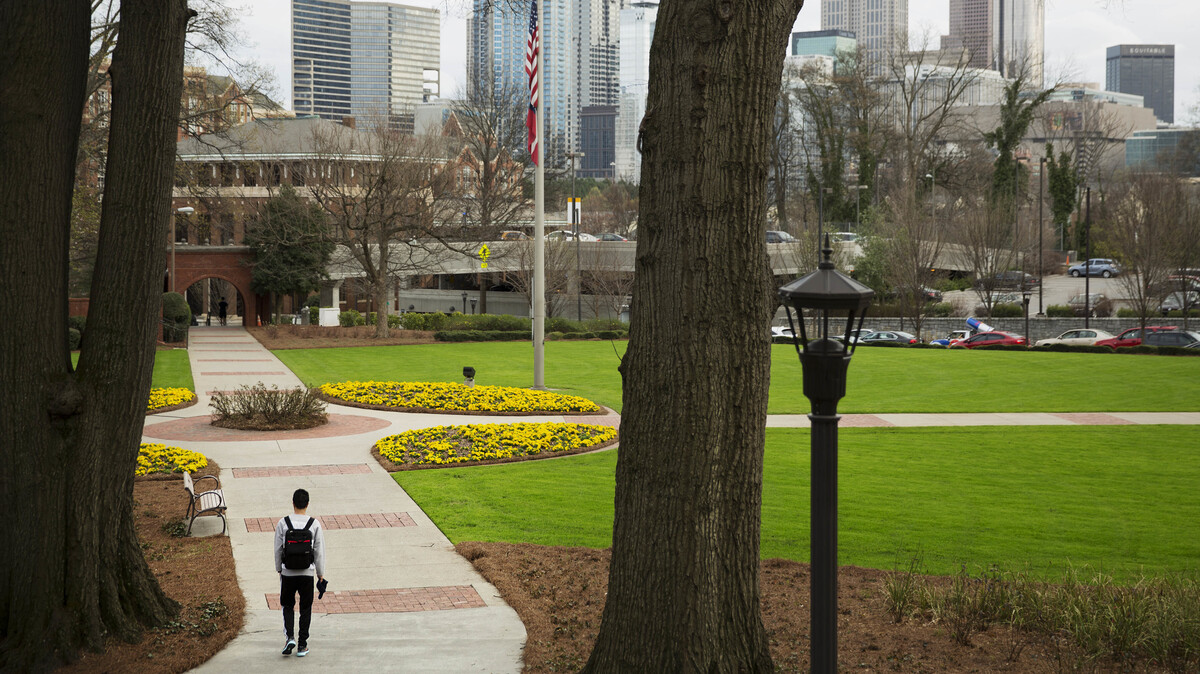 Georgia Tech, pictured in 2016, will be holding some in-person classes in the fall. Faculty are upset that face coverings will not be mandatory.

As the coronavirus infection rate in the U.S. surpasses 50,000 new cases a day, colleges and universities around the country are trying to figure out how to educate their students this fall while still keeping their campus communities safe.

That balancing act sometimes causes consternation. At the Georgia Institute of Technology, which is scheduled to hold in-person classes, more than 800 of its 1,100 faculty members have published a letter outlining their concerns. The letter, reported by Georgia Public Broadcasting, criticizes the state university system for mandating statewide reopenings this fall that “do not follow science-based evidence, increase the health risks to faculty, students and staff, and interfere with nimble decision-making necessary to prepare and respond to Covid-19 infection risk.”

Georgia Tech is a public university and is bound by the rules set by the University System of Georgia and its Board of Regents.

New COVID-19 cases are rising in Georgia faster than ever before, averaging more than 2,600 new cases per day over the past week.

Faculty are particularly concerned about a university reopening plan that makes face coverings encouraged but optional. That is “such a flagrant violation of the science that it threatens our core identity as a world class research university with leading scientists and engineers,” professor Janet Murray, lead signatory on the letter, told NPR. “It’s a nightmare for faculty.”

Georgia Tech said it will “aim to retain as much face-to-face interaction as possible” and will have some in-person classes, some hybrid options and some fully remote classes, with details to be announced later this month.

Given recent coronavirus case increases in Georgia, there’s a strong possibility that in a class of 50 students, at least one will be infected, said professor Joshua Weitz of the School of Biological Sciences at Georgia Tech. The absence of a mask requirement “significantly” increases the risk that the virus will be transmitted, he told NPR. “The risk should not be a surprise to anyone in leadership,” he said. “We have a limited time to change course.”

The majority of Georgia Tech faculty wants the school to have autonomy to determine how best to reopen. They say decisions about how to educate Georgia Tech students are best left to school officials including Georgia Tech President Ángel Cabrera.

The Georgia Board of Regents has not responded to NPR’s requests for comment. But in response to an earlier petition to require masks on Georgia campuses, a University System of Georgia (USG) spokesperson said it was following COVID-19 guidance from the Georgia Department of Public Health and the Centers for Disease Control and Prevention. “Consistent with current guidance from those agencies, we strongly encourage everyone to wear a cloth face covering in areas of campus where social distancing cannot be practiced,” the statement said, as reported by the Athens Banner-Herald.

Even if Georgia Tech expects professors to resume in-person instruction, professor Murray expects that many professors and students won’t want to risk their health. “No one is going to teach in a classroom in which they feel that their students’ and their own health is at risk,” she said. “No student will come to campus if they feel it is unsafe.”

Professor Devesh Ranjan, who helped write the letter, said he’s optimistic that Georgia Tech’s administration agrees with faculty who say an in-person mask-optional return is too risky. “We suspect they would not actively oppose faculty taking the decision to have most courses online,” Ranjan told NPR. “In the final analysis faculty will choose to do what they think is ethically correct.”

Georgia is unique in that the state’s education board has imposed mandates across the entire public higher education program of 26 colleges and universities — sometimes directly at odds with the wishes of individual schools. Georgia Tech already ran up against this in March when school officials ordered an immediate campus shutdown and a move to online education; the University System of Georgia wanted the school to only stay closed for two weeks. Georgia Tech’s president reversed course.

“Georgia has been particularly aggressive against the independence of universities in the past few years,” Murray said.

According to The Chronicle of Higher Education, the back-and-forth over Georgia Tech’s plans reflects a power struggle between individual schools and a hands-on Board of Regents appointed by the state’s Republican governor. Murray says other campuses in the state are also organizing responses to the state’s reopening guidelines.

“Even other Republican governor states are not messing with their university’s health and safety in this way,” Murray said.

Some professors have raised concerns over what they should do if students refuse to wear the face coverings. Last month a petition signed by 1,100 faculty at Penn State asked for the right to ban students from the classroom if they don’t comply. They also sought the authority to decide to teach classes remotely “if they deem it necessary for their own safety or the safety of their students.”

Most campuses — about 6 in 10 — currently plan to hold in-person classes this fall, according to the Chronicle. Many are proposing a hybrid model of both in-person and online classes, and some have already committed to online-only education.

And, as coronavirus infections surge, some schools are backtracking on their earlier plans to hold in-person classes. On Wednesday, the University of Southern California announced that undergraduate students would “primarily or exclusively” be taking their courses online in the fall term. Only 10-20% of classes will be conducted in person — mostly courses requiring laboratories, performance studios, or other hands-on work. This is a reversal from its announcement in early June that in-person classes would resume with mandatory face coverings.

On Thursday, Texas State University walked back its plan to resume in-person teaching for its second summer session, with almost all courses conducted online. The school still plans to resume face-to-face instruction in the fall. “If students are comfortable returning to our campuses, we have many protective measures in place,” TSU President Denise Trauth said in a statement. “We will get through this together, even in times of uncertainty.”