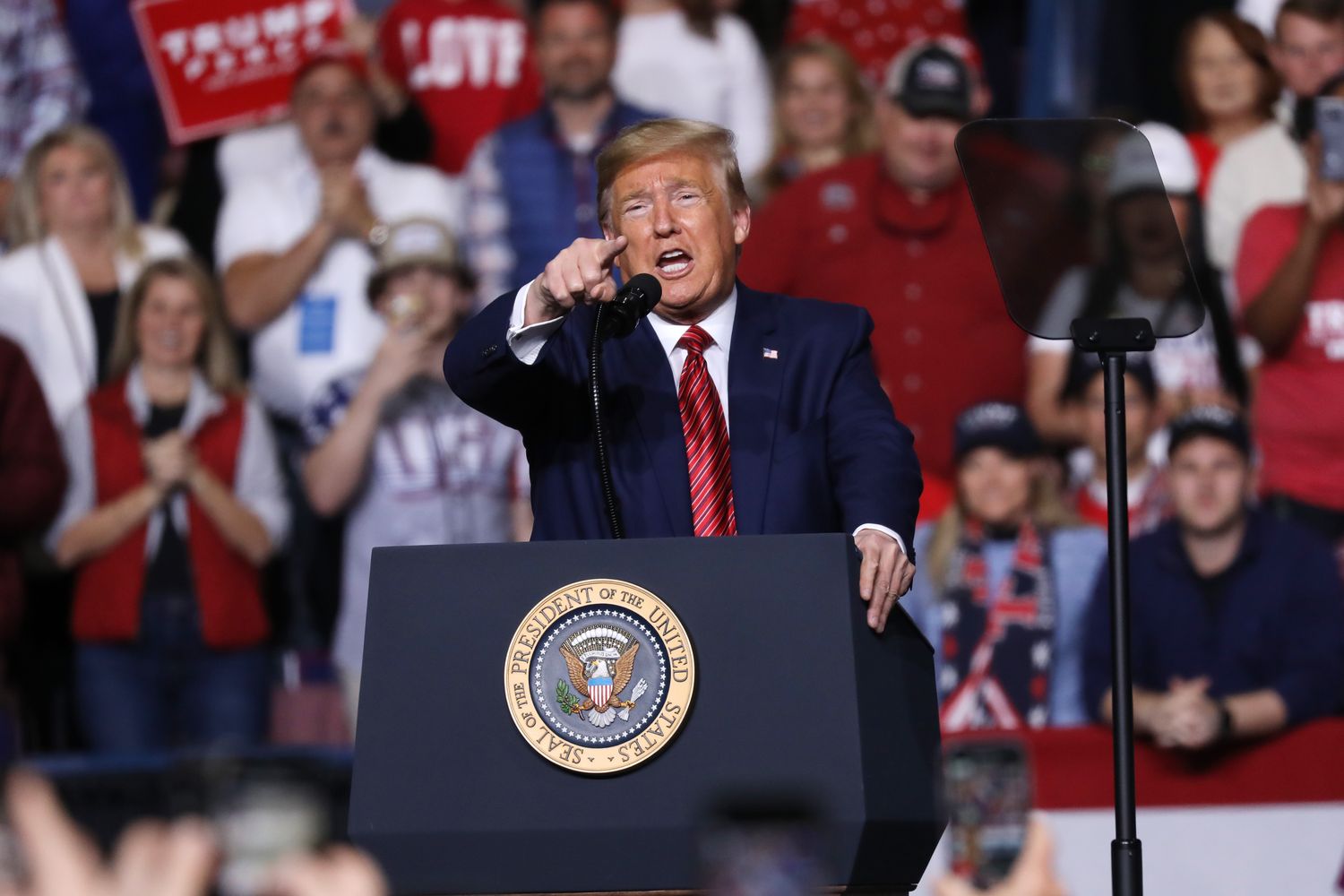 His supporters gave him power in 2016 because they believed the body politic was beset with toxins—an overdose of fecklessness and hypocrisy—and in need of a purge. Trump vowed to channel the contempt his supporters felt toward the established order, and pledged plausibly to send the old order into a state of convulsive disarray.

“A President who makes us puke” would be an improbable reelection slogan. But the emetic metaphor illuminates one way of thinking about the dire situation Trump finds himself in this summer, five years after it became clear his Presidential ambitions were not a novelty but a serious proposition and four months before he faces voters again.

It’s been 6 months since the WHO warned about an unknown virus circulating in Wuhan, China. Now, the U.S. has more than 3 million confirmed cases and there are more than 12 million globally.

A second Trump term is in doubt not only because of Trump’s failures but in an important sense because of his success. The ipecac has been swallowed, and its effects have already come vividly to pass. If the promise of disruption—carried out in language and gestures of pervasive contempt—was why he won the job, then Trump is as entitled as any recent President to stand beneath a “Mission Accomplished” banner.

Even progressives might pause to notice—and, in a generous mood, to appreciate—the catalytic effect of Trump’s presidency in ushering in a new era of politics. In Marxist theory, this was called “heightening the contradictions.” Animus toward Trump has energized a new cohort of left-leaning voters. It has prodded even naturally consensus-oriented politicians like presumptive Democratic nominee Joe Biden away from the centrist incrementalism of the previous generation and toward a more robust brand of liberal activism.

From Trump’s vantage point, the problem is once a leader has successfully evacuated both ends of the digestive tract, how does one propose to nourish the body with something more sustaining?

Trump’s rambling and policy-free answer last month to Sean Hannity’s rude question—“What’s at stake in this election as you compare and contrast, and what are your top priority items for a second term?”—did not merely reflect an off night. One can examine his reelection announcement speech a full year ago, or his 2020 State of the Union address, and still not know more than random fragments of an answer.

Trump was so successful in his climb to the presidency relying on bluster, intuition and tactical improvisation that he appears not even to recognize the strategic vacuum at the center of his presidency. His only response to new circumstances, the twin traumas of the pandemic and racial unrest, has been to turn up the volume on greatest hits from the past. He is reviving emetic appeals—Don’t my opponents make you sick?—unleashed from an affirmative agenda or acknowledgment that as President he has some responsibility for these new circumstances.

Bill Clinton often liked to demystify politics by saying that a Presidential campaign was essentially just a glorified job interview. Even if you already have the job, you have to interview again to say why you should keep it.

A loftier way of thinking about it is that all but the most accidental Presidents win the office by accepting an assignment from history. Their task is to move the national story forward in ways that supporters believe is necessary, and that forces even opponents to respond to a new reality.

Ronald Reagan’s historic assignment was to confront the Democratic welfare state and the old Soviet Union in radical terms rhetorically, and in steady but more incremental terms substantively. Barack Obama’s historic assignment was to make a powerful statement about racial progress by virtue of his own election, to end the militarism of the George W. Bush years, and on health care and other issues try to push the center of his party and the country a few steps left of where it had been in the Clinton years.

Trump’s historic assignment in 2016, going deeper than his daily acrobatics on Twitter or at rallies, was to be the supreme representative of the disaffection and mistrust toward the major institutions of American life that had been building steadily for decades. He was also the agent for ending a Bush family/Clinton family dominance of national politics that many saw as stuck in an unproductive rut.

What is the historic assignment Trump proposes for himself in 2020? Replay the Hannity interview to see if you find it compelling: “I always say talent is more important than experience. I’ve always said that. But the word ‘experience’ is a very important word. It’s a very important meaning.” He also pledged to stand up to the military adventurism backed by some in his party, like fired national security adviser John Bolton: “You don’t have to kill people.”

What is the historic assignment promised by the Biden campaign? It is in the first instance to be not Trump—restoring traditional government norms through a leader who by character is more conventionally normal. In the second instance, it is to turn the old-shoe familiarity of Biden’s personality, and the relative indistinctness of his ideological profile, into an advantage: A leader who can serve as broker for a new set of factions, and new policy agendas, bursting to the surface and jostling for preeminence in the wake of Trump.

In short, Biden’s promise is to be a post-emetic presidency. Saltines and ginger ale for starters, and something more solid once we feel ready.

Meanwhile, what is the deal with syrup of ipecac? Why don’t you hear of it much anymore? An important study 15 years ago (according to Wikipedia) sharpened doubts among toxicologists about its benefits, and warned that it potentially hinders the administration of more effective therapies for people who swallow bad stuff.

It turns out a violent purge, heaving into the porcelain, may not be what the doctor ordered for either poison or politics.