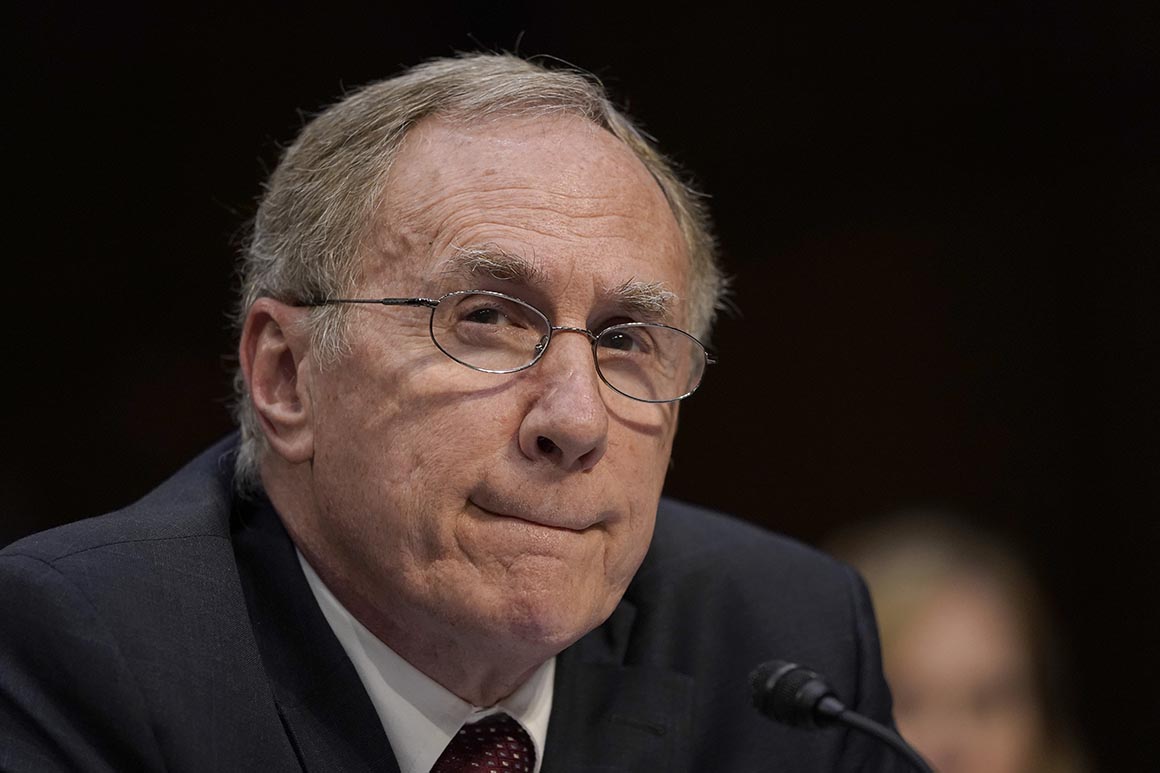 So Travers reached out to Michael Atkinson, who was then the intelligence community inspector general — a position set up to field sensitive internal concerns. It wasn’t their first time talking; when Atkinson started the job in the spring of 2018, Travers said he briefly discussed his concerns about NCTC with him. By March 2020, he was ready to take a more formal approach. So Travers arranged a meeting with Atkinson for March 8. After scheduling the meeting, he said, he learned from a subordinate that Grenell had discussed the possibility of further reducing the number of detailees sent to NCTC. That dramatically ratcheted up Travers’ concerns.

“I remember talking to Michael and saying, ‘I thought I was just coming over here to talk about the general lay of the land and my strategic concerns about the center, and as of yesterday there is a potentially more existential concern about the Center if we were lose detailees,” Travers said.

Grenell’s approach was compounding his pre-existing concerns about NCTC’s resources, Travers told Atkinson (who declined to comment for this article). In Travers’ view, the new acting director was single-mindedly focused on making cuts, without a
understanding of what he was cutting.

Grenell, a spokesperson for the U.S. mission to the U.N. during the George W. Bush administration, has bristled at criticism that he entered the job without formal intelligence experience. As a senior official who enjoyed the president’s confidence, he would have been privy to a decent amount of sensitive information.

But intelligence community veterans like Travers, who also did stints at the Defense Intelligence Agency and the Joint Chiefs of Staff, worried that he didn’t have more experience.

“As a factual matter, he’s a PR guy or something,” Travers said. “He didn’t come in with a lot of knowledge about the intelligence community. I get it, he probably got some when he was ambassador to Germany. But the community itself is extraordinarily complicated. And it seemed to me that the kinds of questions that should have been asked related to who’s doing what and why, what are their charters, where are there strengths, where are the weaknesses, where are the gaps — that is the kind of conversation that should have occurred before you start imposing cuts and realignments. And there was none of that conversation.”

On March 13, Travers said, he emailed a senior ODNI official to disclose that he’d met with Atkinson.

In the meantime, Travers said he’d scheduled a meeting with Grenell to discuss the Center’s mission and work. On March 18, he went in for the meeting. But before he could tell Grenell about the issues facing NCTC, Grenell told him that Travers and his deputy were being removed from their posts.

“He just initiated the meeting by telling me that my deputy and I were out, which was certainly his prerogative,” he said. “I found it kind of strange.”

“There was a little bit of dead airtime,” he continued. “I asked him if he wanted me to go through NCTC. He said, ‘Yeah, sure.’ So I did that.” For the next 20 minutes or so, Travers said, he briefed Grenell on the NCTC.

Grenell and spokespersons for ODNI did not respond to multiple requests for comment.

Grenell had the power to oust him as NCTC director, but not to push him out of the civil service. Travers said he decided on the spot to retire, and told Grenell that was what he would do. That process took several months.

About two weeks after Grenell fired Travers, Trump fired the inspector general, who had earned the president’s lasting enmity as the official who passed along a whistleblower complaint to Congress that kicked off the impeachment probe.

“At that point,” Travers said, “I got a little bit gun shy and wasn’t entirely sure what to do.”

He decided nonetheless to continue sharing his concerns with the watchdog’s office. So he put together a document called a Disclosure of Urgent Concern detailing his concerns about NCTC’s future. He shared that material with the new, temporary inspector general. Since then, he’s been told the House and Senate intelligence committees have received his report.

“The issue is, how do we establish a government that works on behalf of the American people and deals with issues that, frankly, are not very sexy?” he said.

In the meantime, Travers said he saw a spin game emerge about the circumstances of his departure. News of his firing generated outcry — notably from a host of former senior intelligence officials, who wrote a Washington Post op-ed saying his ouster was “deeply destructive.”

But ODNI claimed on the record he hadn’t been fired, with spokesperson Amanda Schoch telling the Post that Travers “was offered the opportunity to move to a new role and chose to retire.”

Travers said that was disingenuous.

“Almost immediately, the word started coming out that, ‘Oh no no, Travers wasn’t fired, he wanted to retire, we offered him three jobs,’” he said. “None of that is true.”

“I was left with no doubt that it was him that was — pick your verb — firing, removing, terminating me,” he added. “I was out as a result of that conversation.”

Travers isn’t alone with his questions about the future of NCTC.

“Russ is absolutely right to point out that it is past time for a reckoning of resource allocation across the Intelligence Community when it comes to terrorism and counterterrorism,” said Nick Rasmussen, a former NCTC director. “There’s no doubt that there is room for rationalization and elimination of duplication and redundancy. And given all that the intelligence community is dealing with beyond counterterrorism, it would be crazy not to have this conversation in a structured way.”

Sen. Mark Warner, the top Democrat on the Senate Intelligence Committee, said in a statement that the Center has a critical role in preventing terrorism.

“I am concerned about NCTC getting the resources needed to do everything we ask them to,” he said. “This is something that the Senate Intelligence Committee is paying close attention to, and may step in if needed.”

Warner and Sen. Marco Rubio, the chairman of the committee, also issued a joint statement to POLITICO about whistleblowers.

“Consistent with its mandate to oversee the activities and programs of the Intelligence Community, the Committee takes seriously all complaints it receives pursuant to the Intelligence Community Whistleblower Protection Act (ICWPA),” the statement said. “The ICWPA is an essential channel for ensuring evidence of wrongdoing rising to the level of an urgent concern is brought to the Committee’s attention in a manner that is lawful and protective of classified information. Without commenting on the specifics of any single instance, the American public can be assured that this Committee’s approach to ICWPA complaints is, and will remain, one defined by vigorous oversight, adherence to the law, and recognition of Congress’ Constitutional obligations.”

“The allegations Russ Travers made to POLITICO raise serious questions about whether President Trump’s hand-picked appointees have taken actions that improperly and dangerously impair the critical security mission of the National Counterterrorism Center,” he said in a statement. “If such allegations are borne out, then Travers would be yet another victim of retaliation, at the hands of an Administration insistent on punishing whistleblowers and other public servants who sound the alarm. The Committee plans to take steps regarding these allegations in the coming days.”