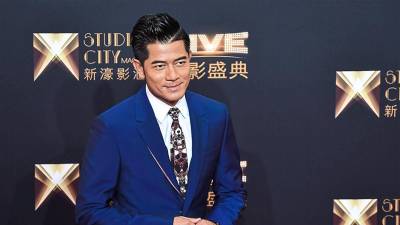 While many businesses are suffering due to the Covid-19 pandemic, it seems like it has also hit the showbiz industry.

According to Yahoo HK, actor Aaron Kwok has reportedly agreed to cut his filming fee on upcoming movie projects by 30% as a “gesture of solidarity” with the film industry.

On the other hand, Aaron’s manager Siu Mei confirmed that there have been talks but nothing has been decided yet.

“Yes, there have been talks with a film production recently. The team and cast of actors are both great, but everyone is still in discussions. The details haven’t been worked out, so the fees have not been confirmed. There wasn’t any request for a ‘discount’. It’s a slowdown for the industry now–if everyone wants to tide through the situation together, there is room for negotiation,” she replied in a message.

Siu Mei also hoped that the pandemic would end soon so that everyone can resume their lives and normal work routine, and still be gainfully employed.