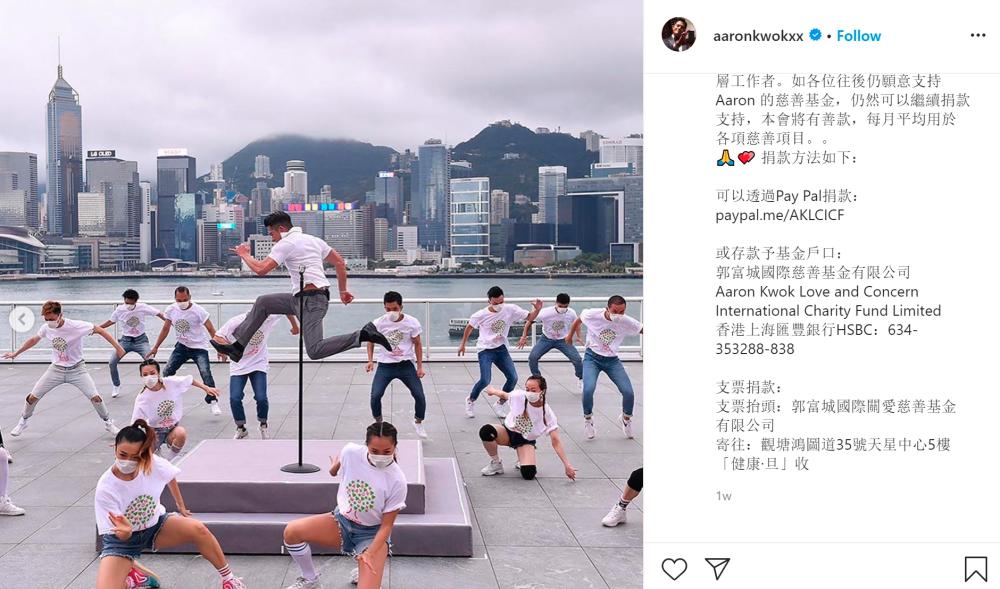 Known as one of Hong Kong’s Four Heavenly Kings, the 54-year-old megastar started the charity event to raise funds for his less fortunate colleagues in the show business industry such as the dancers that are greatly affected by the Covid-19 pandemic.

According to Straits Times, Kwok was accompanied by about 100 dancers wearing masks on the rooftop of the shopping complex Harbour City in Hong Kong.

Kwok performed his popular hits such as Para Para Sakura and danced energetically like he hasn’t aged a single day of his life.

The public also saw his elder daughter, Chantelle, in public for the first time although his three-year-old has a mask on.

In an Instagram post, Kwok wrote: “I was blessed to have these 100 comrades beside me, in an open space with no glamorous costumes, no stage lifts, no lights or fireworks, no make-up rooms, no air-conditioning, just sweating it out and dancing happily.”

The fundraising event continues until June 13 and details of the donation can be found in his Instagram post.