ABBA feud: How Agnetha was ‘in hell at height of fame and struggled to forgive bandmates’ 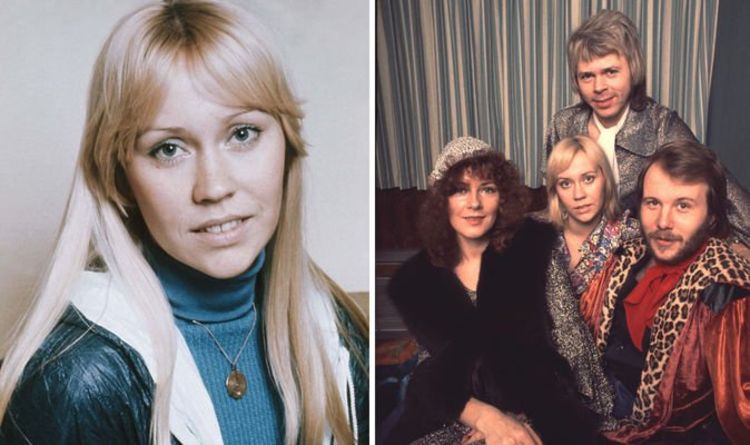 Agnetha fell in love with her future bandmate Bjorn Ulvaeus when she was only 19 after a chance meeting in a cafe. They married the following year, and formed  in 1972 with another couple – Anni-Frid Lyngstad and Benny Andersson – going on to secure success for Sweden with a 1974 Eurovision win. Catapulted into the limelight and known for their catchy songs, from ‘Super Trouper’ and ‘Dancing Queen’ to ‘Waterloo’ and ‘The Winner Takes it All’, the group became one of the most popular bands during  Seventies and Eighties. Yet, behind the sunny exterior, the relationships which had made the group began to fall apart. Both couples divorced, one in 1980 and the other in 1981, but the band did not break up until 1982.

An article from 2008 written in The Evening Standard revealed how this affected Agnetha, who  widely regarded as the most popular member of the group – and often perceived to be the main band member who stood in the way of a reunion.

The article claimed that “Agnetha now admits she found the closing years miserable”.

It continued: “Make no mistake, the past 25 years have been difficult for Agnetha. She was emotionally ‘mangled’ by the split with Bjorn in 1979. They had two children but divorced while the band was at the peak of its fame. Within a week, Bjorn had a new girlfriend and Agnetha had counselling.”

The tragic break-up song, ’The Winner Takes it All’ was put together during this period, and the article claimed “she had to find the emotional strength to sing: ‘Tell me does she kiss/Like I used to kiss you?’”

It added: “After a tour, the band returned to the studio in 1982, but realised that, with both couples now divorced, it was no longer any fun being ABBA.”

She had also struggled with flying, after she was once caught  while on a flight, which clashed with the international tours her band demanded.

Agnetha found the fans “alarming” and “would have terrible daydreams in which they set upon her and consumed her alive” too.

The group did not come together again in public until the Swedish premiere of Mamma Mia, in 2008.

Agnetha married to Tomas Sonnenfeld in 1990, a relationship which was largely kept out of the public eye until their divorce in 1993.

After that, she started a relationship with a forklift truck driver who had stalked her for two years.

She said: “It was a very intense attention from him and after a while I felt I could not resist any more. I wanted to know him.”

Yet, they broke up and Agnetha filed for an exclusion order in 2000.

She did not show up to the 30th anniversary of ABBA’s win at Eurovision, but this September, the group confirmed they would be going on a reunion tour in 2020.