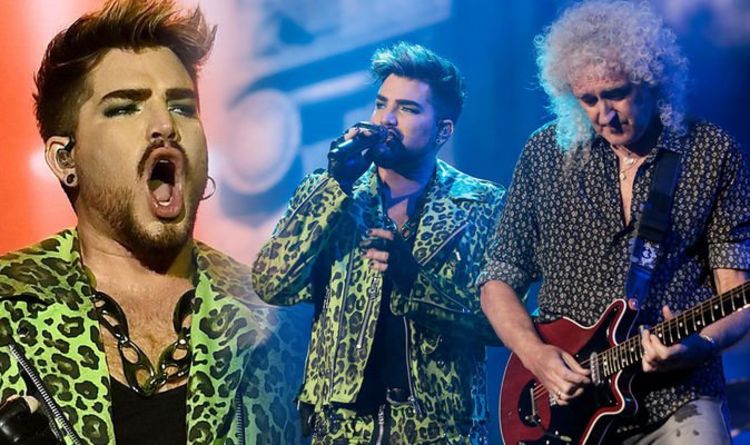 Pictures show the audience lit up with thousands of fans’ phones, Lambert and May taking centre-stage and coming together to perform Queen’s monumental hits.

Their set also featured footage of Mercury’s legendary performance at the Live Aid concert in 1985.

A touching tribute to the late frontman was shown in the form of his call-and-response interaction with the Wembley Stadium crowd.

The setlist included the likes of Radio Ga Ga, Hammer to Fall, We Will Rock you and We Are the Champions.