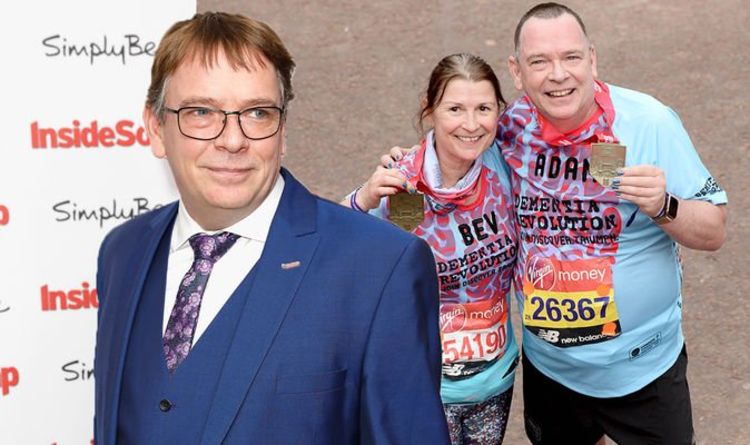 Over on Adam’s Twitter, a photo shows him next to Beverly alongside their children Jessica, 27, and Samuel, 23, at a wedding.

Earlier this week, a spokesperson said: “Beverley and Adam separated in August 2019, and we ask that the family’s privacy is respected.”

The couple met back when Adam was beginning to appear on EastEnders as legendary Ian Beale.

bshilliday Ayesha Curry is releasing a new cookbook and it comes with a glowing review from her son Canon. The two-year-old gushed that he ‘loved’...
Read more
Celebrity

Jade Boren Kailyn Lowry had a theory as to why her relationships ‘haven’t worked out’ during an honest episode of her podcast. The ‘Teen Mom...
Read more
Celebrity