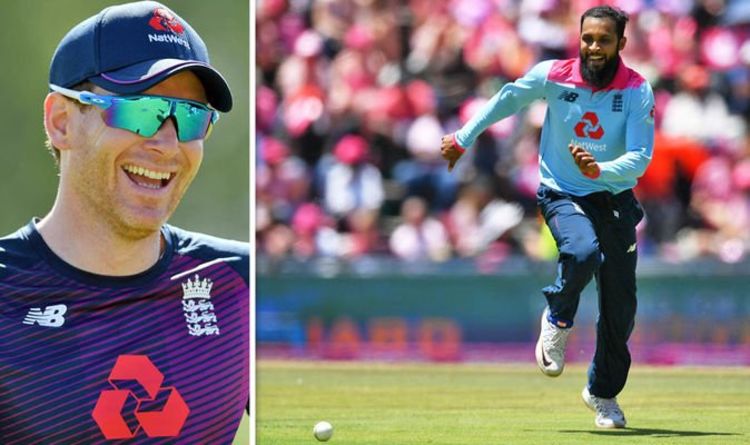 England captain Eoin Morgan had to call the cavalry in order to deliver victory and a series-levelling draw against South Africa at the Wanderers. But Adil Rashid and spin twin Moeen Ali answered to help England to a two-wicket win and preserve an unbeaten run stretching over a dozen bilateral series and over three years.

Rashid’s 3-51 proved the key intervention in a low-scoring contest in which Moeen had the honour of dragging England over the line to win with 40 balls to spare.

Contributions with the bat from Jonny Bairstow, Joe Root and Joe Denly all helped but it was leg spin which proved pivotal proving once again Rashid remains England’s best white-ball operator.

After defeat in Cape Town with a second string side and an abandonment in Durban, England’s record was at risk on Sunday.

And while Morgan had made it clear he viewed this series not as a must win but as a vehicle for learning about the fringe players, Rashid and Moeen’s inclusion suggested to an extent minds had been made up.

Matt Parkinson and Sam Curran have not pushed their way centre stage in either match and have work to do to persuade management they have the requisite experience or skill set for 50-overs.

And despite this win they will almost certainly conclude Chris Jordan is no more than a back up option with his three displays, three years after his last 50-overs appearances, unimpressive.

Fortunately for Morgan, Rashid adds a cutting edge to England’s middle overs that is vital.

“It felt like it was coming out well,” he said. “I’ve not bowled much in the last seven months but it is getting better. My variations are the biggest part of my armoury and today it came out well.”

If Rashid remains crucial to their white ball plans, he ruled himself out of a Test recall insisting he has to “earn his place” back in county cricket.

“It’s something that I personally feel I’ve got to earn again,” he said. “I’ve got to go back into county cricket, get the performances under my belt and then get selected on merit.

“If the selectors do ask me ‘if you are available, can you play?’ it would be a straight ‘no’. I feel as though I’ve got to deserve my place back in the team.”

But with a history of shoulder problems and the World T20 coming up, England will be well-served by keeping him for short form cricket.

Rashid might have found himself on a hat-trick had it not been for a moment of controversy midway through the Proteas innings.

Temba Bavumu was given lbw to Rashid and appeared to burn South Africa’s sole review challenging the decision.

But after Rassie Van Der Dussen went the same way on the next delivery TV umpire Aleem Dar decided the Ultra Edge technology had not been working on the initial review.

To general confusion he reinstated the review, applied it to a confused Van Der Dussen and gave him not out.