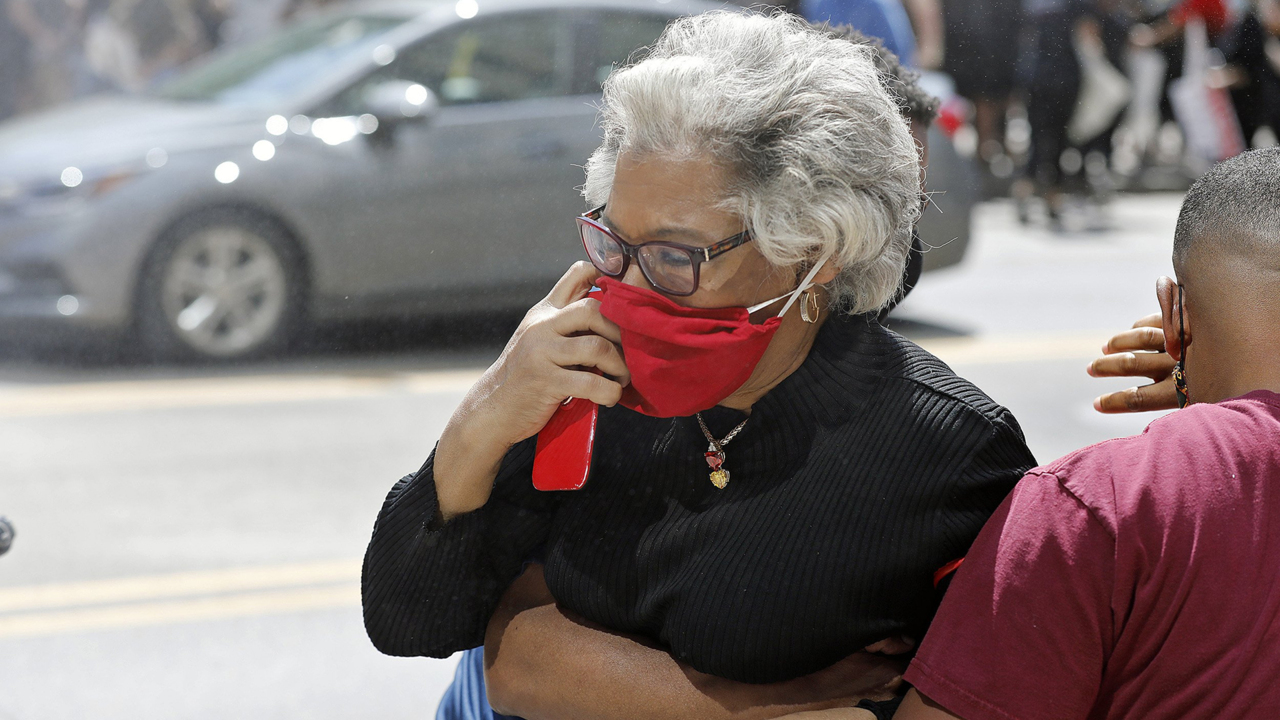 “I just felt like maybe I could protect her,” Beatty said in a telephone interview, referring to the female protester. “I’m trying to push the bike away and get her into a safe space, and the next thing I know pepper spray is everywhere.”

Several officers used pepper spray on the protesters, including Beatty and Hardin, according to the video footage. The two can later be seen trying to recover. Referring to police, Beatty can be heard exclaiming, “They are wrong, they are wrong!”

Afterward, Beatty said some nearby protesters gave her milk to flush out her eyes. The congresswoman, who described being pepper sprayed as a “burning sensation,” had to return home to change clothes and recuperate.

“It was an unnecessary use of force,” Beatty said. “For the officers to come not in a protective mode, but in an adversarial mode, in my opinion was also a part of the problem.”

Hardin tweeted afterward: “Just want to let folks know that when [Beatty, Boyce] and I were down at the protest we did get sprayed with mace or pepper spray. We are all ok, and we want to encourage folks, both police and protestors, to stay calm.”

Protests have erupted around the country following the death of George Floyd, a black man who was killed when a Minneapolis police officer pinned his neck into the ground. One of the officers involved in the arrest has been arrested and charged with murder.

After Beatty returned home on Saturday afternoon, she said she missed a phone call from the Columbus mayor, but was planning on calling back.

Before the incident, Beatty — a 70-year-old former state lawmaker who was first elected to Congress in 2012 — can be heard in a video telling a Columbus police officer, “Don’t elevate things, don’t elevate them.”

Members of the crowd recognized Beatty and urged her to “Please do something!” Beatty replied, “We are, we are.”

Beatty’s congressional district includes most of the city of Columbus.

The Ohio Democrat she joined the protests not only lend her voice to the movement, but to also ensure the situation remained peaceful and didn’t get out of hand, noting there had been some vandalism the night before.

“I do not condone tearing up our communities,” she said. But “the lesson here is, people are hurting, and lives do matter. But we have to come together on this. We are letting history repeat itself.”