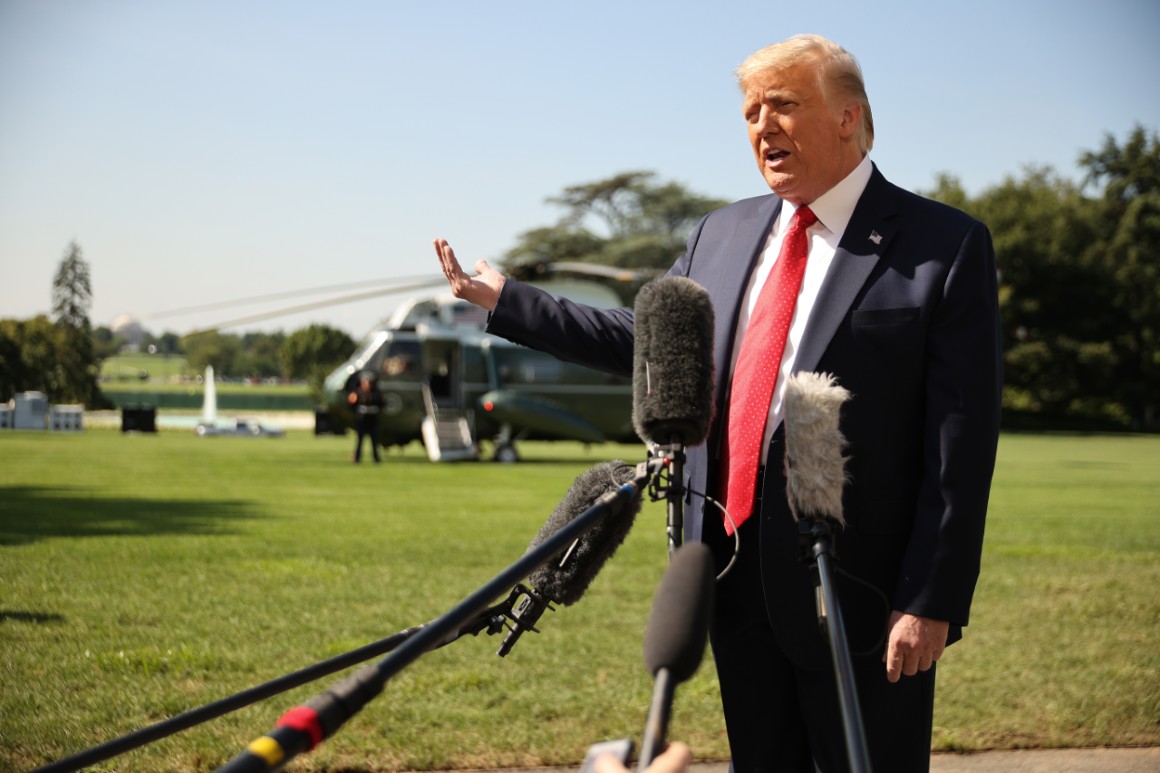 Trump admitted last week that he opposed additional funding for the Postal Service and election security grants because those provisions would help facilitate voting by mail amid the coronavirus pandemic.

The restructuring by DeJoy, Democrats allege, has produced backlogs and service interruptions ahead of the November election, when a record number of Americans are expected to vote by mail.

On Monday, Trump defended DeJoy’s leadership of the Postal Service and criticized the agency as “one of the disasters of the world.”

“I’m just making it good. We have a very, very good business guy running it, and I want to make — I jokingly say, but it’s true — I want to make the Post Office great again, okay?” Trump told Fox News.

“It’s been run horribly, and we’re going to make it good,” he added. “Now, what am I supposed to do? Let it continue to run badly? So if you fix it they say, ‘Oh, he’s tampering with the election.’ No, we’re not tampering.”

Speaker Nancy Pelosi (D-Calif.) announced Sunday that she would summon House lawmakers back from their August recess to address what Democrats have described as the Trump administration’s undermining of the Postal Service.

The president has long claimed without evidence that mail-in voting would have negative political consequences for the Republican Party and would result in widespread election fraud.

In fact, there is no proof of the type of widespread fraud Trump has alleged, and studies have shown that mail-in voting does not benefit one political party over the other.

Trump also argued Monday on Fox News that Pelosi’s move to call the House back into session represented an effort by the speaker and Senate Minority Leader Chuck Schumer (D-N.Y.) to put pressure on the White House in stimulus negotiations.

“It’s a Nancy Pelosi con game with, you know, her associate, Schumer. This is a con game by Pelosi and Schumer,” he said.

Talks aimed at approving another round of coronavirus relief have been stalled for weeks. House Democrats’ initial funding proposal, passed in May, allocated $ 25 billion to the Postal Service and an additional $ 3.6 billion for election security funding.

Meanwhile, the Postal Service has already sent letters to 46 states and Washington, D.C., warning that some ballots might not arrive in time to be counted for the election.

Despite the president’s remarks Monday, it is unclear whether Trump did indeed order the Postal Service to hasten mail delivery, as some of his past stated directives have been contradicted by his own senior aides.

After Trump told supporters at a June campaign rally in Tulsa, Okla., that he had ordered the federal government to slow down coronavirus testing, several administration officials sought to walk back the comment.

But the president insisted days later that he was not joking when he made his controversial statement. “I don’t kid. Let me just tell you. Let me make it clear,” he told reporters.