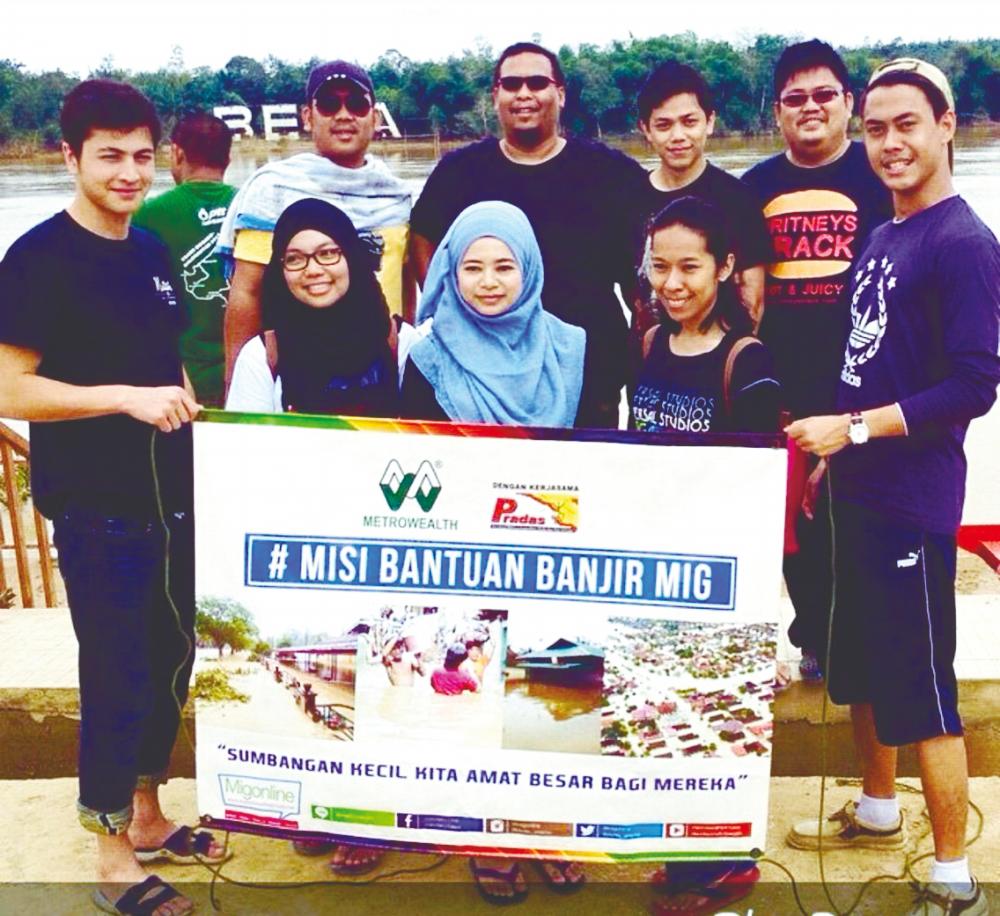 ACTOR Daler Yusuf was born and raised in Uzbekistan, but managed to make a name for himself in the local entertainment industry. For Daler, Malaysia is his second home, as he has been here for almost a decade.

What is the one thing that many people seem to gush about after visiting Malaysia? The first thing that comes to mind would be the food. The 28-year-old actor shares that he is a fan of nasi lemak, nasi kandar, and char kuey teow!

“I come from a small village in Uzbekistan. Back home, my television had only two channels. I remember watching a drama where this actor travelled overseas and became someone, I was really inspired by that.

“My grandfather played a huge role in my life. He always encouraged me. He told me: ‘When you leave this place, people don’t look at what you have. When you come back, people would want to see who you’ve become.’

“My grandfather sold off his car to send me to further my studies in Malaysia.

“So, whenever I started to slack off or felt like giving up, I always think back of what my grandfather gave up for me, and the trust he had in me. I have to become someone and work hard towards my dreams.”

Daler first arrived in Malaysia with the intention of furthering his studies in Business Administration, which he completed.

Daler recalled how he stumbled across his career as an actor.

“I was actually working at a restaurant, and there was a lady who approached me, and invited me for casting. Unfortunately, I was very shy, and at that time, I couldn’t even give a speech in front of people. So I didn’t get the job.

“Working as a part-time waiter at that time, only earned me about RM600. So, I told myself that I have to achieve something. I went for casting but was rejected by casting agencies for almost a year.”

Eventually, after multiple attempts, Daler got his breakthrough. He was offered opportunities to star in advertisements. Designers invited him to fashion shows, and producers tried to cast him for their dramas. However, language was a barrier for Daler.

“In the beginning, my Bahasa wasn’t really good, so when I went to casting, I got rejected again. I was like: ‘Okay, I have to master my Bahasa,’ and took it as a challenge, so I studied the language for some time. Even when people approached me to try out another casting session, I would say: ‘No, I am not ready yet.’”

By the end of 2015, Daler mustered up the courage to attend a casting session, which landed him his very first role in a drama titled Tuan Anas Mikael. He played a character who came from the land of the smiles, Thailand, which kickstarted his acting career in the local entertainment industry.

Daler then landed a leading role the following year in a drama titled Lip Lap Raya. “It was really challenging because my co-star was an experienced actress in the industry, while I had just started my career as an actor. Thank God, I managed to complete the whole drama!”

According to Daler, an essential advice to keep in mind is: “In the entertainment industry, there are always going to be new, younger, better-looking people. So, if you don’t upgrade yourself, you will not go far. You have to come with something new. Just depending on looks doesn’t work in the long-run.”

Aside from his acting career, Daler utilises his status as an actor to give back to society, despite his hectic schedule.

“When people reach out to me on my social media or something, I will spare some time for good causes. I remember a few years back when I was in the middle of shooting, I took a day off to go to Penang to attend a charity event for cancer patients.

“I participated in a fashion runway event, where I modelled the clothes that were sold for the cause. The cost of hiring models was also contributed towards the charity.”

Volunteering for charity work means killing two birds with one stone for Daler, as he gets the opportunity to help others, as well as to learn more about Malaysian culture through socialising with the locals.

“During the Pantai Timur flood, my management company brought me along with other fellow actors to help the flood victims. We brought food and clothing items along with us. We visited village after village, and we went there by boat. The roads were flooded really badly, and the water level was until the second floor of a school building.

“It was a good experience for me because I got to experience the true Malaysian culture in these rural areas. The volunteer trip lasted for three days. I got to talk to the locals, and also entertained them to lift up their spirits by making jokes and telling them stories.”