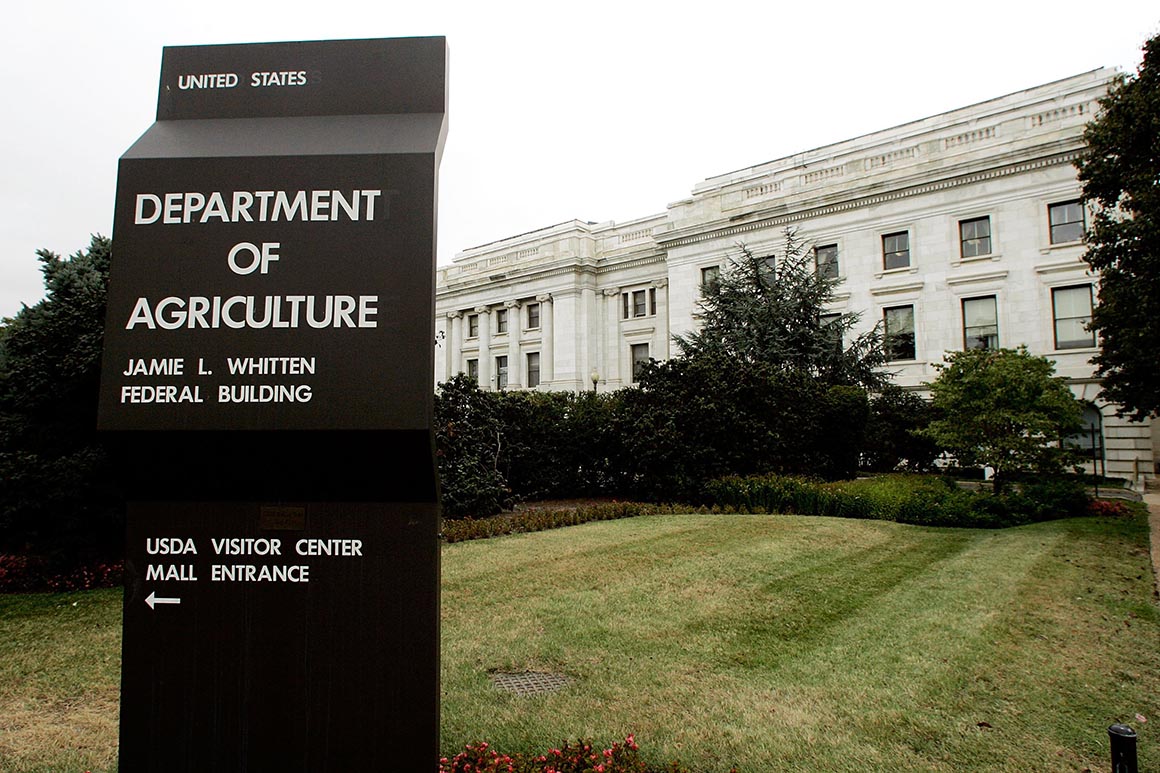 The U.S. Department of Agriculture is asking its employees who inspect meatpacking plants to obtain their own protective gear even after the death of one of their own from the coronavirus.

These inspectors, responsible for overseeing the safety and labeling of products, work alongside company employees on slaughter lines. But the government hasn’t been able to procure enough face masks for all roughly 8,000 of them. In early April, USDA said it would provide a one-time $ 50 reimbursement for the inspectors to find their own.

The lack of safety gear is prompting an outcry among the union representing inspectors and those representing plant workers. They say the federal government has fumbled through an inadequate response to hundreds of positive tests among meatpacking employees, several deaths and numerous plant closures that are stirring fears of meat shortages.

One inspector who worked for the department’s Food Safety Inspection Service and was based in New York City died from the coronavirus in March after visiting plants while potentially infected.

“I would give them an F,” said Paula Schelling, acting president of the American Federation of Government Employees Council 45, which represents the USDA inspectors.

After the death of the USDA inspector, union leaders “told the agency it wasn’t a matter of if, it was a matter of when this would all blow up in these food plants,” Schelling said. “There is no protective equipment, there is no social distancing. Now we are at the when.”

The unions say the USDA should have had plans in place to protect its own staff members while also watching out for the safety of the meatpacking workers, who are an essential link in the food supply chain.

Hundreds of employees from beef, pork and chicken sectors have been diagnosed with Covid-19 and at least 13 meatpacking and processing plants have closed, some indefinitely, according to the Food & Environment Reporting Network, a nonprofit news organization. The shutdowns have caused a backup for farmers who have too many animals waiting for slaughter. It has also led to growing worries over whether enough food will make it to grocery store shelves.

A USDA spokesperson said its Food Safety Inspection Service “is actively procuring masks for inspection personnel, however due to increasing demand, the availability of commercial face masks has been limited.”

Months after the virus started to spread in the U.S., the USDA also has not issued specific public guidance on how to deal with coronavirus outbreaks in processing plants, instead deferring to the Centers for Disease Control and Prevention and leaving it to companies to determine their own safety precautions.

The USDA told POLITICO its department policy is to follow CDC recommendations, but critics say the department should be more involved because keeping workers safely on the job is essential to guarantee an adequate food supply.

The CDC groups meatpacking workers with employees in other essential industries who were told to follow the same guidelines such as maintaining social distancing, regularly taking employees’ temperatures and deep cleaning facilities.

But unions say meat companies have inconsistently implemented those safeguards — which could be fixed if USDA stepped in and instructed facilities on how to proceed if an employee tests positive.

A USDA spokesperson replied that the department and CDC “in conjunction with other federal, state and local partners, are working together to identify, coordinate and, where requested, help provide guidance on worker safety best practices and facilitate the continuity of operations of packing plants and other entities that are part of the food supply chain critical infrastructure.”

Workers at meatpacking companies operate in close conditions on assembly lines, often elbow to elbow. They share lockers, break rooms and other quarters.

To further exacerbate the problem, the meatpacking industry has become concentrated in the hands of a few big conglomerates that run big processing plants. Consumer groups warn that the industry is so consolidated that the closure of just one plant can cause huge problems in the food supply chain.

“These poor people are being forced to go to work and they don’t know if they’re going to get sick, get hospitalized, and there are no incentives for them to go to work,” he said.

Jerold Mande, a former deputy and acting undersecretary for food safety at USDA, said food inspectors’ presence in all plants gives USDA an opportunity to help ensure the safety of workers, not just the meat they inspect.

He said the USDA inspectors should be empowered to enforce CDC guidelines, such as monitoring testing, taking temperatures and ensuring the availability and proper use of personal protective equipment.

“They have FSIS inspectors in every plant, they have the resources to do this,” he said. “And they’re failing at it.”