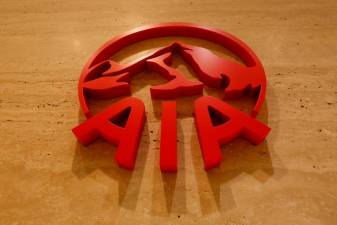 Insurer AIA Group Ltd posted its weakest pace of annual growth in new business since its 2010 listing as anti-government protests in Hong Kong dampened demand from Chinese visitors, and it warned of further headwinds from the coronavirus outbreak.

The value of new business, which measures expected profits from new premiums and is a key gauge for future growth, rose 6% to $ 4.2 billion in 2019.

That fell short of analysts’ expectations for an 8% rise, according to Refinitiv data, and is sharply slower than growth of more than 20% seen in recent years.

China and Hong Kong account for about half of new business growth at AIA, which has benefited in the past from strong demand for insurance policies from mainland Chinese visitors to Hong Kong, who are seeking better products and overseas investment opportunities.

Last year, however, the value of new business in Hong Kong fell 5% to $ 1.6 billion, hurt by a decline in the number of visitors as the protests gathered steam.

Shares in AIA were down 4.4% in late morning trade, underperforming an 3.3% decline in a Hong Kong market shaken by growing uncertainty over the global economic impact of the coronavirus’s rapid spread, now described as a pandemic by the World Health Organization

Incoming CEO Lee Yuan Siong, who comes from Chinese rival Ping An Insurance and will take the reins from June, is likely to unveil “certain changes” in the insurer’s strategy later in the year, Hooi said.

AIA has a business presence in 18 markets in Asia Pacific, including Australia, Indonesia and Malaysia. It was founded in Shanghai nearly 100 years ago and was the first foreign insurer to be granted a licence in China. – Reuters