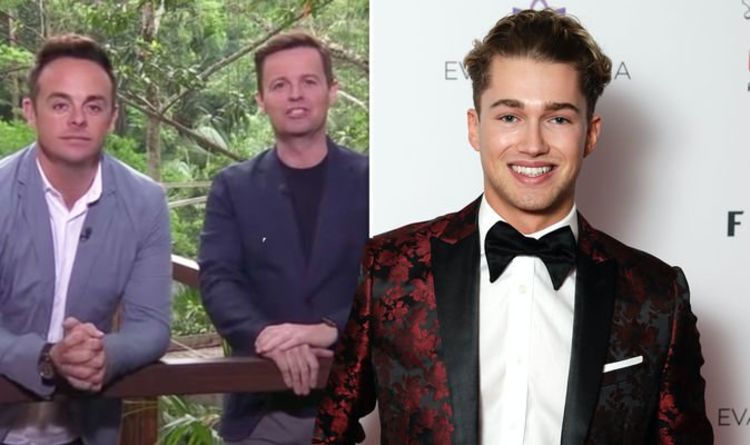 AJ Pritchard, 25, surprised fans when he announced he was leaving Strictly Come Dancing after four years, despite being confirmed as a pro for this series days earlier. Following his exit, he was swiftly rumoured to be taking part in this year’s I’m A Celebrity… Get Me Out Of Here!.

A source recently told The Sun: “AJ has a huge fanbase from Strictly, and he’s really grateful for the opportunity it afforded him but he is keen to show people that there is a lot more to him.

“Bosses think he would be a great addition to the cast and it always helps to secure a heartthrob as it draws in much-needed younger viewers.”

Today, the dancer was quizzed about the rumours by Steph McGovern on her Channel 4 show, The Steph Show.

Appearing alongside his brother Curtis Pritchard, the ex Strictly star didn’t confirm or deny if he is taking part in the show, but revealed what he might be like as a contestant.

He told Steph: “Let me put it like this, I’ve just cleaned out the loft, because my mum has got a list of jobs to do.

“The amount of spiders up there, I was screaming my head off.

“If anything like that did happen, it would be hilarious that’s for sure.”

Former Love Island star Curtis went on to say he would love to see his brother in a “coffin” which prompted AJ to query what he meant.

“I mean in a box with animals and stuff,” he said laughing.

AJ replied: “You mean in a [Bushtucker] Trial?”

“Yes doing a trial in a confined space,” Curtis added, giggling at the confusion.

AJ is no stranger to taking part in a reality show, with the likes of MasterChef, Celebrity Hunted and Britain’s Got Talent on his CV.

He joined Strictly Come Dancing in 2016 and has danced with four celebrity partners including Mollie King and Saffron Barker.

Following his exit from Strictly, he said he wants to focus on other opportunities including presenting with his brother Curtis.

Speaking to The Sun, he explained: “I did have to turn down things in the past, which I was upset about sometimes, but I understood I was part of Strictly Come Dancing.

“Now I am going to pursue things I didn’t have the time for. It’s the right move.

ByAlongside the post he shared a black and white photo of himself hiding behind the morning's scripts, looking wide-eyed. But his loyal fanbase had his...
Read more
Celebrity