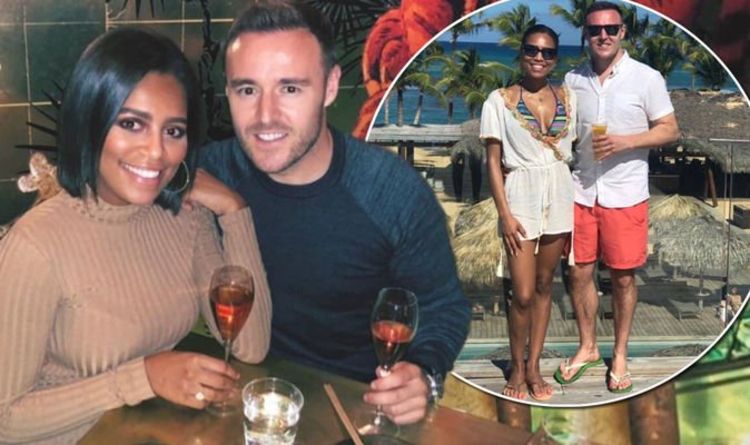 Coronation Street actor Alan Halsall, 37, and his girlfriend Tisha Merry have run into trouble as they made their way home to Manchester following a romantic holiday in the Dominican Republic this week.

The pair, who met on the set of the ITV soap – where Alan plays Tyrone Hobbs and Tisha portrayed Steph Britton, told fans they were “stuck” in New York.

According to a social media post, it could take Alan and Tisha over 24 hours to get home.

Taking to her Instagram Stories this morning, Tisha, who has been documenting their trip on social media, shared a travel update with her 77,700 followers.

She said the couple, who have been soaking up the sun in a beautiful beach-side resort, were “stuck” in New York airport after running into trouble on their return journey.

Alongside a picture of a large glass of red wine, was the caption; “Wine, please get me through this.”

Explaining the situation further, the actress said: “Stuck in New York airport AND we’ve already be travelling for 12 hours! Help!”(sic)

Revealing the length of their delay home, Tisha went on to added: “By the time we get home, we will have been on 3 planes and been travelling for over 24 hours!”

For context, a direct flight from the Dominican Republic to Manchester should only take nine hours.

Looking on the bright side, she joked: “At least I can say I’ve been to the Big Apple?!”

Her boyfriend Alan was tagged into the post, which appeared to be taken during a meal at the airport.