by Newslanes 1 year ago8 months ago
144views 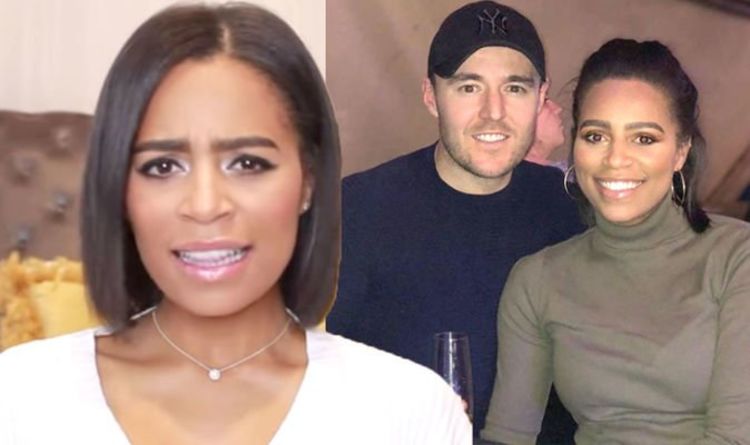 Alan Halsall and Tisha Merry have been putting on a loved-up display in recent months, but when did their romantic relationship first begin? The ex Coronation Street actress has now spoken out in a new YouTube blog.

The Steph Britton star answered questions from fans in her latest upload, many of which involved her and the Tyrone Dobbs favourite, 37.

The couple were first seen posing up a storm in an Instagram upload Alan shared with his 180,000 followers on February 17, 2019.

He captioned it at the time: “Day out at the rugby @salfordreddevilsrlfc with @grundy.carl @stehalsall @missdrewmerry93,” from the AJ Bell Stadium.

However, Tisha has said their romance was not “official” until two months afterwards, urging viewers to “trust” her on this.

The pair met on set and began dating in 2005 and were married in Cheshire four years later.

They went on to welcome their first child, daughter Sienna-Rae, on September 2013, but less than three years later they announced they were splitting.

After a brief reconciliation, they confirmed they were divorcing in May 2018.

The chat also saw her discuss having children. She stated: “Yeah, I’d like to think I’d have a child in the future. Child or children? I’m not sure how many. Who knows?

“It’s not really something I think about too much. I feel really fulfilled in life at the minute, so I don’t feel like children are the next step but yeah…”

Tisha then ended by saying: “I think maybe in the future I may have a baby.”